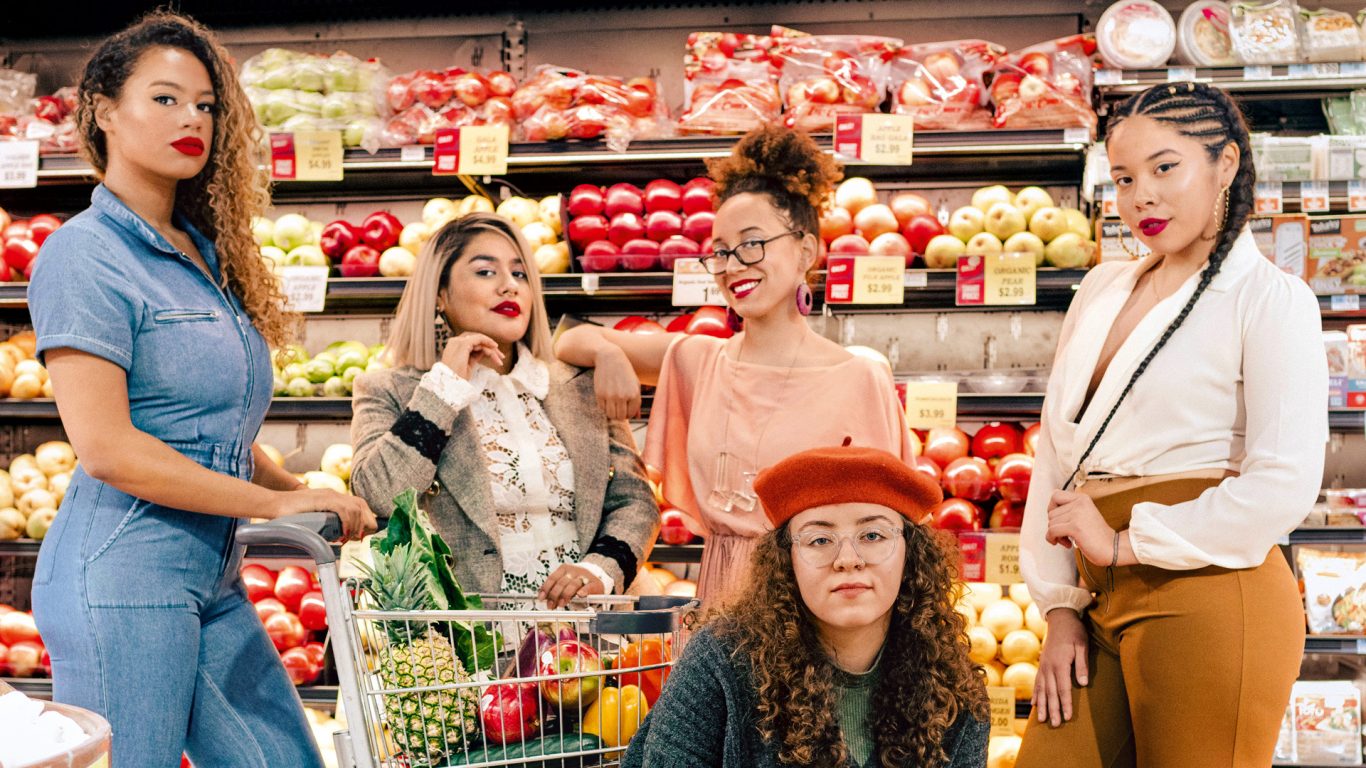 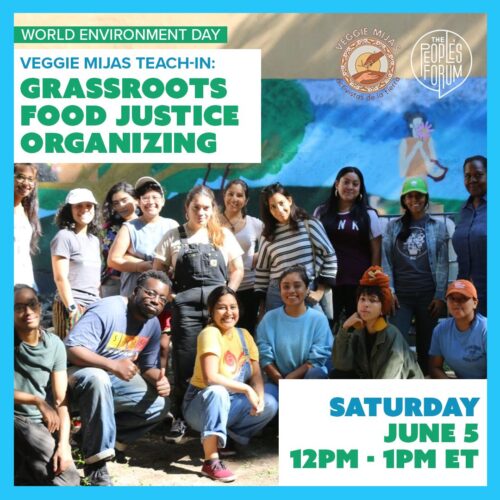 Join The People’s Forum and Amy Quichiz from Veggie Mijas for a virtual teach-in and conversation on grassroots food justice organizing.

This virtual event is a part of our programming for World Environment Day:

On World Environment Day we fight for the defense of all forms of life on our planet, we condemn the predatory actions of corporations that do not care about the consequences in their search for profit and appropriation of natural resources.

We know solution is in the rebuilding of the relationship between human beings and nature, where life, collective well-being, and ecological rhythms – not greed and profit – guide the actions of nations and peoples. It is a solution focused on agroecological production of food; the democratization of the access to land through agrarian reform; the protection and care of common goods such as water, biodiversity and land; and the transition to an energy model that responds to the real needs of the working class with social and environmental justice, overcoming patriarchy and racism.

Putting a stop to capitalist barbarism is the central task of our time. We need to put an end to the domination of capital over life in order to create a world that is just, egalitarian and vibrant, so that we all can live well and in peace.

Veggie Mijas is a women of color/trans folks of color/gender non-confirming collective for folks that are plant-based or are interested in a plant-based lifestyle that have marginalized identities and/or experiences with food insecurity/food apartheids. The first potluck was located in Bronx, NY in March 2018 and now there are a dozen active chapters throughout the United States and in India. Veggie Mijas recognizes that food injustice comes from climate change, worker exploitation, food insecurity, classism, sexism, and racism.

Amy Quichiz is from Jackson Heights, Queens and is a First-Generation Queer Latina with a Colombian mother and a Peruvian father. Amy received her bachelor’s degree at Syracuse University majoring in Women’s and Gender Studies and Sociology and is currently attending American University studying Global Affairs for her Master’s degree. Throughout her college career, she has been known for her commitment to continuously bring awareness to the Latinx community and fighting against gender violence, sexual assault, gender and sexual inequality, queer discriminations and racial issues.

Amy Quichiz is the Founder of Veggie Mijas, a women of color collective that highlights the importance of veganism through lens of those with marginalized identities. Through this collective, she has opened new chapters in several states and cities and is organizing vegan folks of color in a national perspective. Amy also provides resources for folks in these cities on how their food can be more accessible and to learn more about the food system.