VIRTUAL BOOK TALK: THE SOUTHERN KEY: Class, Race, and Radicalism in the 1930s and 1940s 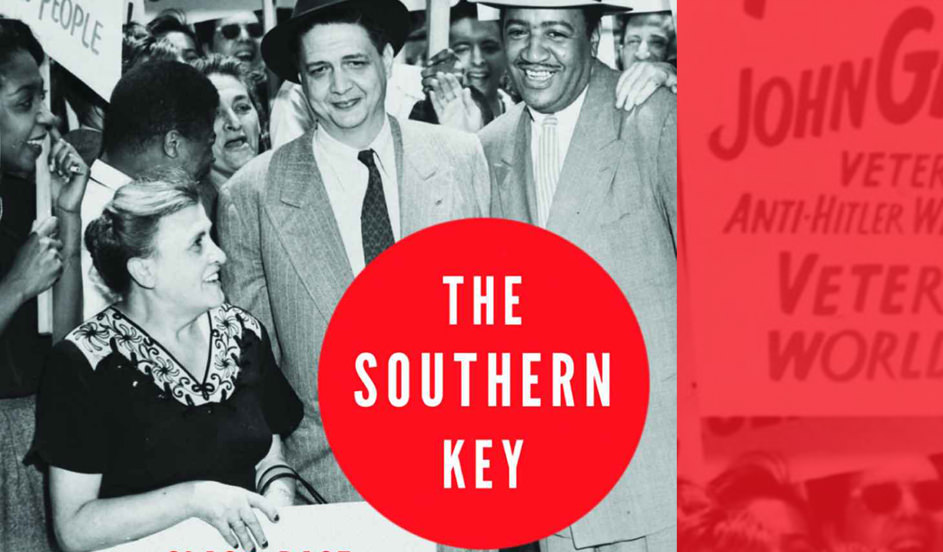 The Southern Key explains the reasons for the failure of the US South to unionize—especially during the 1930s and 1940s—and why this is crucial to understanding the evolution of American politics since that era. It is argued, primarily, that the failure of the labor movement to fully confront white supremacy led to its ultimate failure in the South, and that this regional failure has led to the nationwide decline in labor unionism, growing inequality, and the perpetuation of white supremacy. 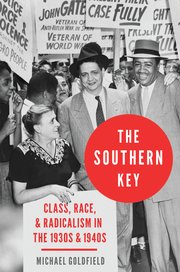 In The Southern Key, Michael Goldfield charts the rise of labor activism in each major southern industry and then examines how and why labor organizers struggled so mightily in the region. Drawing from meticulous and unprecedented archival material and detailed data on four core industries-textiles, timber, coal mining, and steel, he argues that much of what is important in American politics and society today was largely shaped by the successes and failures of the labor movements of the 1930s and 1940s. Most notably, Goldfield shows how the broad-based failure to organize the South during this period made it what it is today. He contends that this early defeat for labor unions not only contributed to the exploitation of race and right-wing demagoguery in the South, but has also led to a decline in unionization, growing economic inequality, and an inability to confront and dismantle white supremacy throughout the US.

A sweeping account of Southern political economy in the New Deal era, The Southern Key challenges the established historiography to tell a tale of race, radicalism, and betrayal that will reshape our understanding of why America developed so differently from other advanced industrial nations over the course of the last century.

Ben Wilkins is a labor organizer based in North Carolina, and a member of the Steering Committee of the Poor People’s Campaign: A National Call for Moral Revival.

Rosalyn Pelles has been a labor and freedom movement activist since the 1960s. She is currently the Vice President of Repairers of the Breach, a nonpartisan organization that seeks to build a progressive agenda and movement rooted in the moral values of justice, fairness, and the common good. She is also Senior Strategic Advisor to the Poor People’s Campaign: A National Call for a Moral Revival. With over 50 years of movement experience, her work has focused work over the last few years in growing poor people’s movements. She has previously served as the Executive Director of the National Rainbow Coalition, Director of the Civil, Human and Women’s Rights Department, American Federation of Labor-Congress of Industrial Organizations (AFL-CIO), Executive Director of the North Carolina NAACP, and as a senior strategist and advisor to North Carolina’s Moral Monday/Forward Together Movement. She is currently working with Jordan T. Camp on a collaborative autobiography, As Goes the South: The Life and Lessons of Roz Pelles.

RSVP below and join us on zoom!​