“There Is A Field” U.S. Premiere 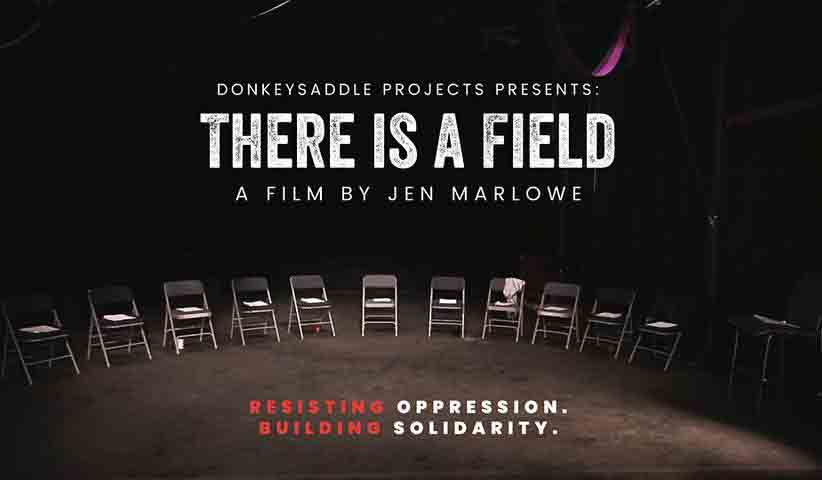 Donkeysaddle Projects is honored to present the U.S. premiere of the new documentary film, There Is A Field, followed by a discussion with guest panelists, including Baraa Aslih (brother of Asel), Gwen Carr (mother of Eric Garner), Margaret Kwateng (activist featured in the film), Jen Marlowe (filmmaker), Raya Naamneh (Asel’s cousin & activist), moderated by Nadia Ben-Youssef of the Center for Constitutional Rights.

ABOUT THE FILM:
In October 2000, a police officer shot and killed unarmed 17-year old Asel Asleh. His story is tragically familiar for Americans, but Asel was not killed in Ferguson, New York City, Atlanta, or Minneapolis. Asel was a Palestinian teenager who was murdered by Israeli police as he participated in a demonstration, calling for an end to the Israeli occupation and settler-colonization.”There Is A Field” began as a play about Asel’s life and his death, told from the perspective of his older sister, Nardin. Through Nardin’s struggle to cope with the murder of her brother, the play offers a uniquely personal lens for learning about intersecting systems of oppression, including Zionism, Jewish supremacy and white supremacy—root causes of state-sanctioned violence and structural racism.

Donkeysaddle Projects (DSP) filmed a performance-reading of “There Is A Field” at the Peñasco Theatre Collective in 2018, performed by activists, artists and organizers from the Movement for Black Lives. “There Is A Field” film weaves together their performance with archival footage of Asel, and the activists’ own realizations of the parallels they see between Asel’s story and the experiences of Black, Indigenous, People of Color (BIPOC) communities in the United States. The film, set in Palestine and performed by BIPOC artists and activists in the US, builds solidarity across intersectional struggles for liberation and decolonization, and is sure to spark conversation and connection.

RESERVE A TICKET AT THIS LINK