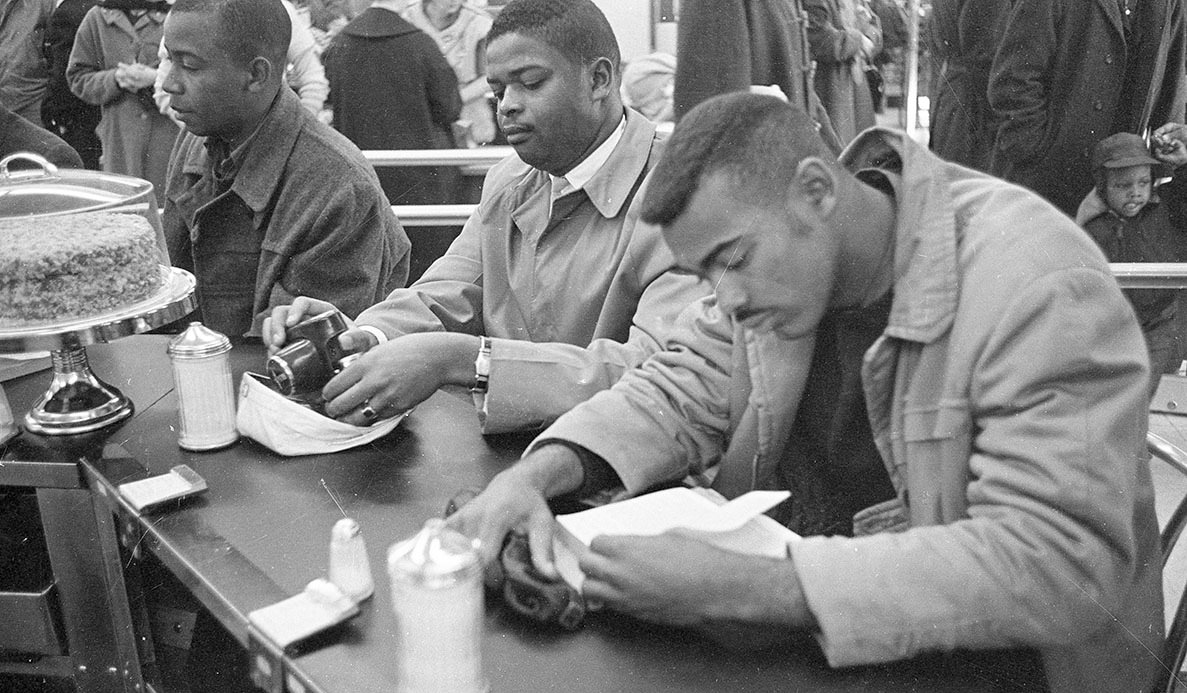 *This is the first of a two-part lecture series with Dr. Richard Benson. Register for Part Two here.**

During the 1960s, the Black Student Revolution began to emerge on campuses across the nation. From the Greensboro Sit-Ins at North Carolina A&T in 1960 to the evolution of the Student Nonviolent Coordinating Committee, the Black Freedom Struggle of the early to mid-1960s was principally led by Black students and youth. With the Southern states providing a backdrop for activism, the Black rural agrarian populations were the primary targets for non-violent direct action and democratic participation. This workshop will assess how SNCC as the vanguard of the national Black/Student movement evolved from non-direct non-violence to develop a Black Nationalist & internationalist organizational mission in the midst of the shifting objectives of the overall Black Freedom Struggle of the early to mid 1960s.