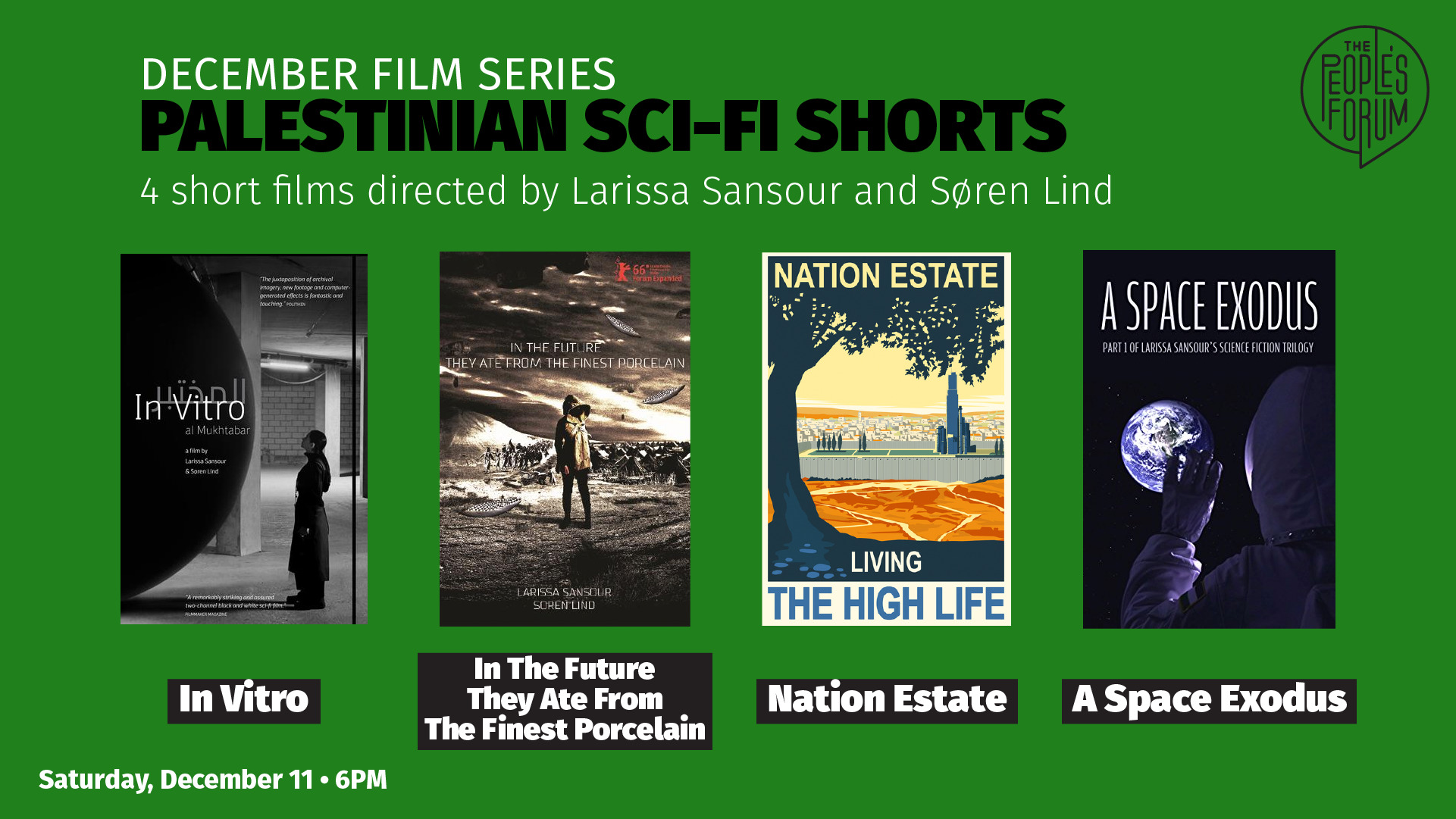 Join us for a screening of four shorts by Palestinian multimedia artist Larissa Sansour and Søren Lind. Under the common themes of loss, belonging, heritage and national identity, three films make up their sci-fi trio A Space Exodus (2008), Nation Estate (2012) and In the Future They Ate from the Finest Porcelain (2015). While A Space Exodus envisions the final uprootedness of the Palestinian experience and takes the current political predicament to its extra-terrestrial extreme by landing the first Palestinian on the moon, Nation Estate reveals a sinister account of an entire population restricted to a single skyscraper, with each Palestinian city confined to a single floor. In the trilogy’s final installment, In the Future They Ate from the Finest Porcelain, a narrative resistance leader engages in archaeological warfare in a desperate attempt to secure the future of her people. The final film we’ll be screening, In Vitro, is their newest, ruminating on memory, history, place, and identity in a Bethlehem decades after an eco-disaster. As we witness alternate worlds in these films, we are prompted to consider what realities they respond to and what futures are possible.

In the Future They Ate from the Finest Porcelain, Larissa Sansour/Søren Lind, 29 minutes, 2016

In the Future They Ate From the Finest Porcelain (trailer) from larissa sansour on Vimeo.