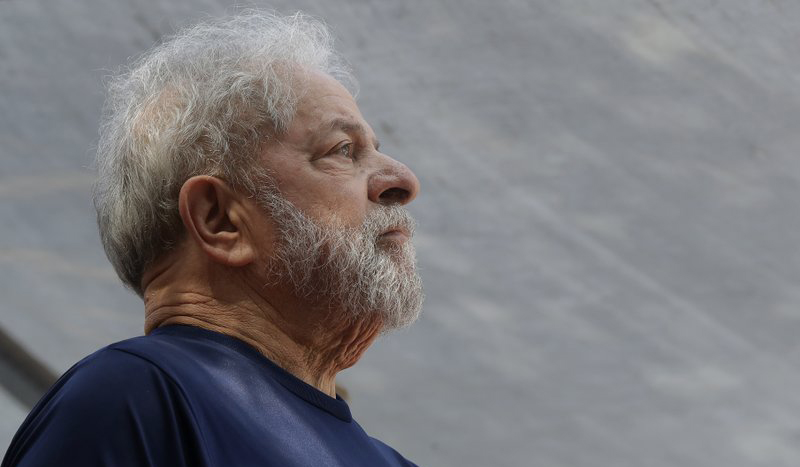 Former Brazilian president Luiz Inácio Lula da Silva – has been described by Noam Chomsky as the current most important political prisoner in the world. In ‘Truth Will Prevail – Why I was Condemned’, Lula discusses his vision in detail and gives Lula the opportunity to break the silence he has been imposed. Lurian Lula da Silva, the former president’s only daughter, will join us in New York for the book launch; she will make her first international appearance to denounce the judicial arbitrariness and human rights violations that put Lula in jail. Our guests will analyze how the assault on the rule of law and the role of the mainstream media used crucial weapons to create and sustain narratives capable of manipulating the masses against democracy.

Lurian Lula da Silva: journalist and the only daughter among the five children of the former president of Brazil Luiz Inácio Lula da Silva. Since 1989, she and her family have suffered the hardships of political persecution. At the time, she was 15 when her image was used in a slanderous way in an attempt to destabilize Lula in the electoral race with Fernando Collor de Mello. After witnessing her father’s legacy in favor of Brazil and his recognition as one of the greatest global leaders, Lurian stands against the lawfare that transformed the former president into the current most important political prisoner in the world.

Breno Altman, journalist, founder and director of the blog ‘Opera Mundi, collaborator of several publications in Brazil and abroad, as reporter and analyst of international issues. He is the Communications Director of the Lula Campaign Free.

Juca Kfouri, journalist, biographer and editor of ‘Blog do Juca’. In his career, he has been the editor and director of the most prominent publications in Brazil and he is one of the journalists who interviewed Lula for the autobiography ‘Truth Will Prevail – Why I Was Condemned’.