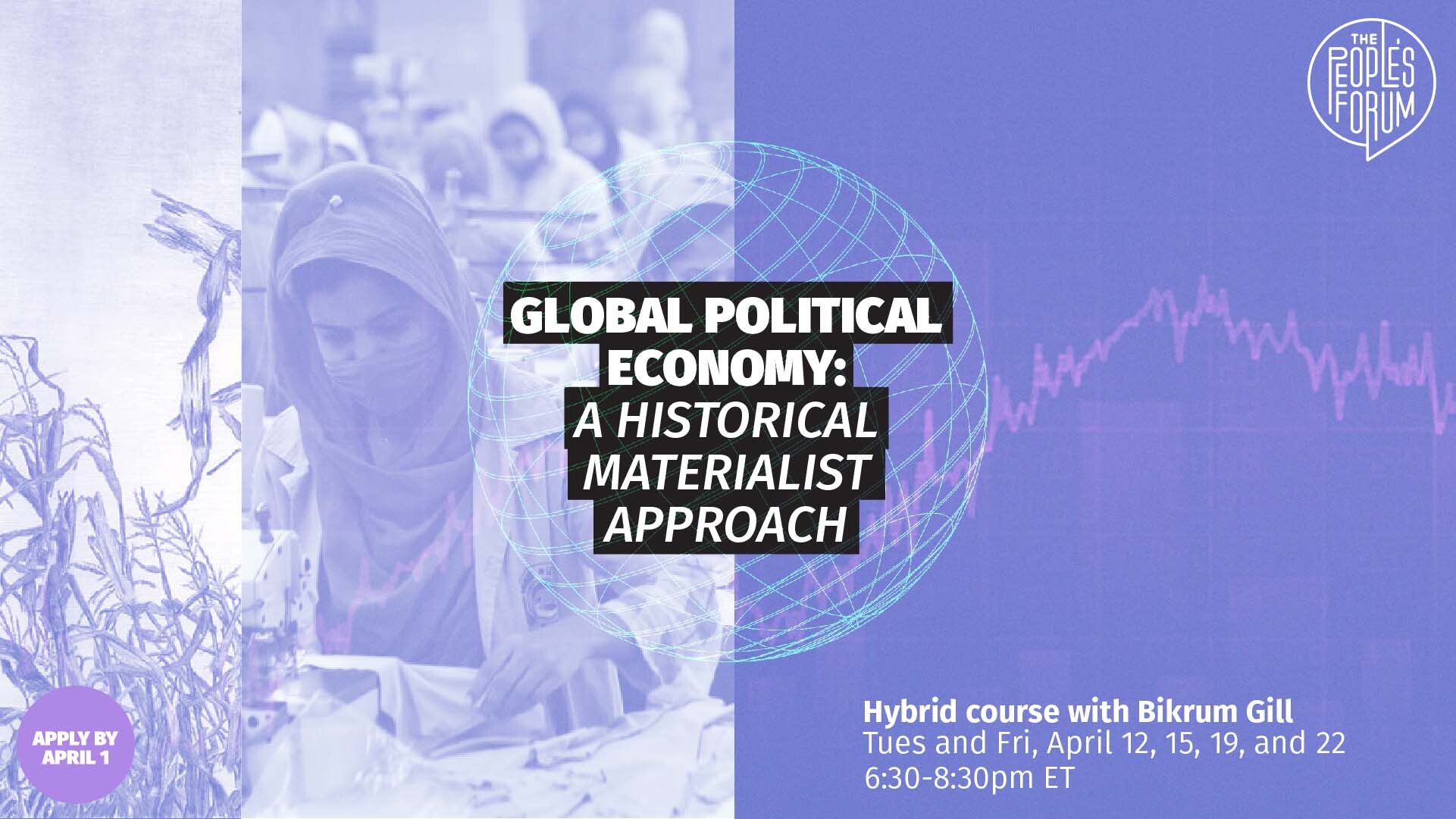 This course will undertake a study of the global political economy through the application of the Marxist method of Historical Materialism. It will examine the dialectic of power and production on a world scale, with a particular focus on the relation between state and market formation, and with the aim of apprehending the causes and implications of the uneven distribution of costs and benefits across the capitalist world system. This will necessarily orient attention towards the colonial foundations of capitalism, and the course will here follow the tradition of third world marxism in considering how the reproduction of capitalism on a world scale involves two primary contradictions – capital-labor and core-periphery, with the latter centered in particular on the denial of sovereignty to those regions designates as the peripheries of the world system. Finally, we will consider how the core-periphery contradiction at the heart of the global political economy has been challenged through movements of decolonization and anti-imperialism, and what the prospects are for such movements today.

HYBRID! IN-PERSON AT THE PEOPLE’S FORUM AND VIRTUAL OPTION

Email Tahia, tahia.i@peoplesforum.org with any questions.