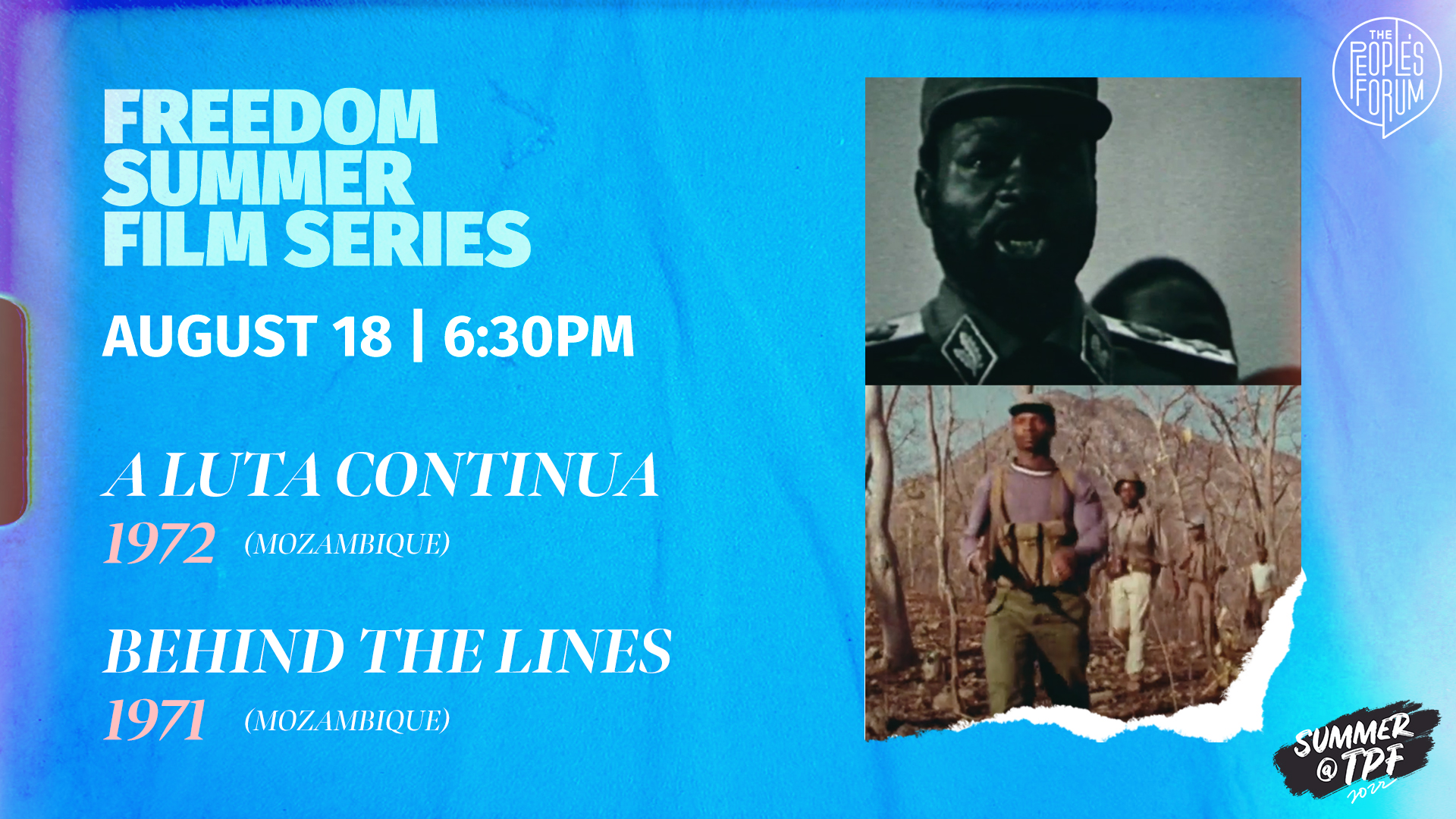 This is a free, educational program, however, in order to maintain a safe capacity level, we ask that you leave a $6 deposit to reserve your participation. You will be refunded your deposit upon arrival or if you cancel. Please have your confirmation email ready when you arrive.

About “A Luta Continua”

A Luta Continua follows the efforts of Mozambican nationalists to end Portugal’s four hundred year empire. The record of FRELIMO’s efforts to build schools, develop local agriculture and provide medical care in the liberated territories was screened widely throughout the United States, Europe and Africa.

About “Behind the Lines”

Behind the Lines features interviews with combatents and men and women who as FRELIMO cadres come to have opportunities for education and political action that would otherwise have been impossible. The film documents how the struggle transformed the lives of all those who participated in it, and how the liberated zones functioned as a laboratory in which FRELIMO could start to provide health care and education for the people of Mozambique in anticipation of Independence.