Film Screening: The Ants & The Grasshopper 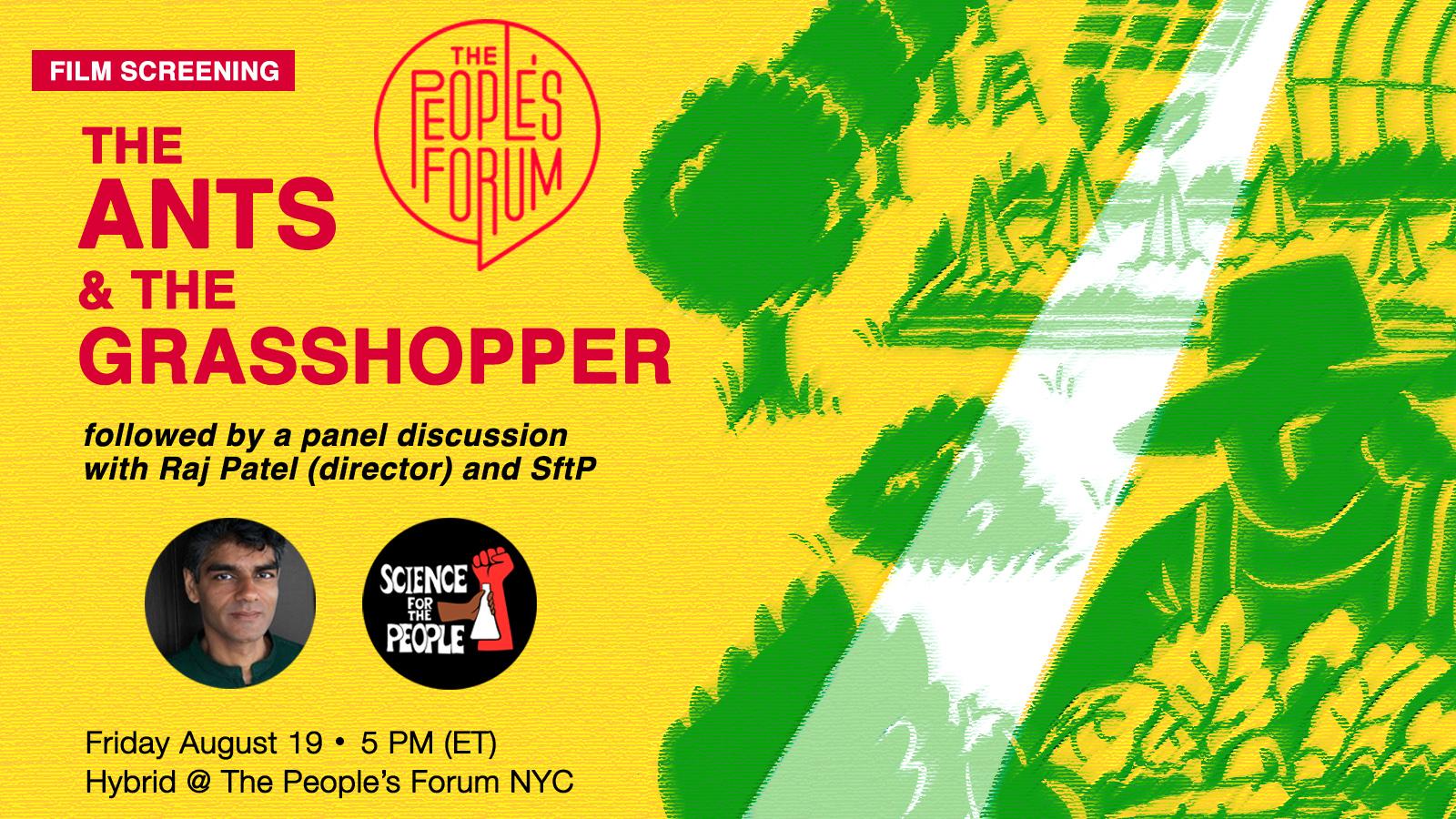 Join Science for the People (SftP) for a screening of “The Ants and the Grasshopper” (2021)—documentary on food, agriculture, and climate change. At the end of the film, director Raj Patel (@_RajPatel) will co-host a panel discussion with SftP to talk about international resistance to capitalist agriculture and related topics from SftP’s new magazine issue, “The Soil and the Worker.”

SftP has played a defining role in radical science since 1969. An organization of scientists, technologists, and student-workers who recognize the political nature of science under capitalism, SftP stands against militarization of science, privatization of research, theories of biological determinism, scientism and science denial. Its organizing work and publications can be read in its open-access magazine, which resumed publishing in 2019.

Raj Patel is an award-winning author, film-maker and academic. He has worked at the World Bank and WTO, and protested against them around the world. He has testified about the causes of the global food crisis to the US, UK and EU governments and is a member of the International Panel of Experts on Sustainable Food Systems. He is the author of Stuffed and Starved: The Hidden Battle for the World Food System (2007), The Value of Nothing (2009), and A History of the World in Seven Cheap Things (with Jason Moore; 2018), and most recently, Inflamed: Deep Medicine and the Anatomy of Injustice (with Rupa Marya; 2021).