Freedom Summer Film Series: A Rustling of Leaves: Inside the Philippine Revolution 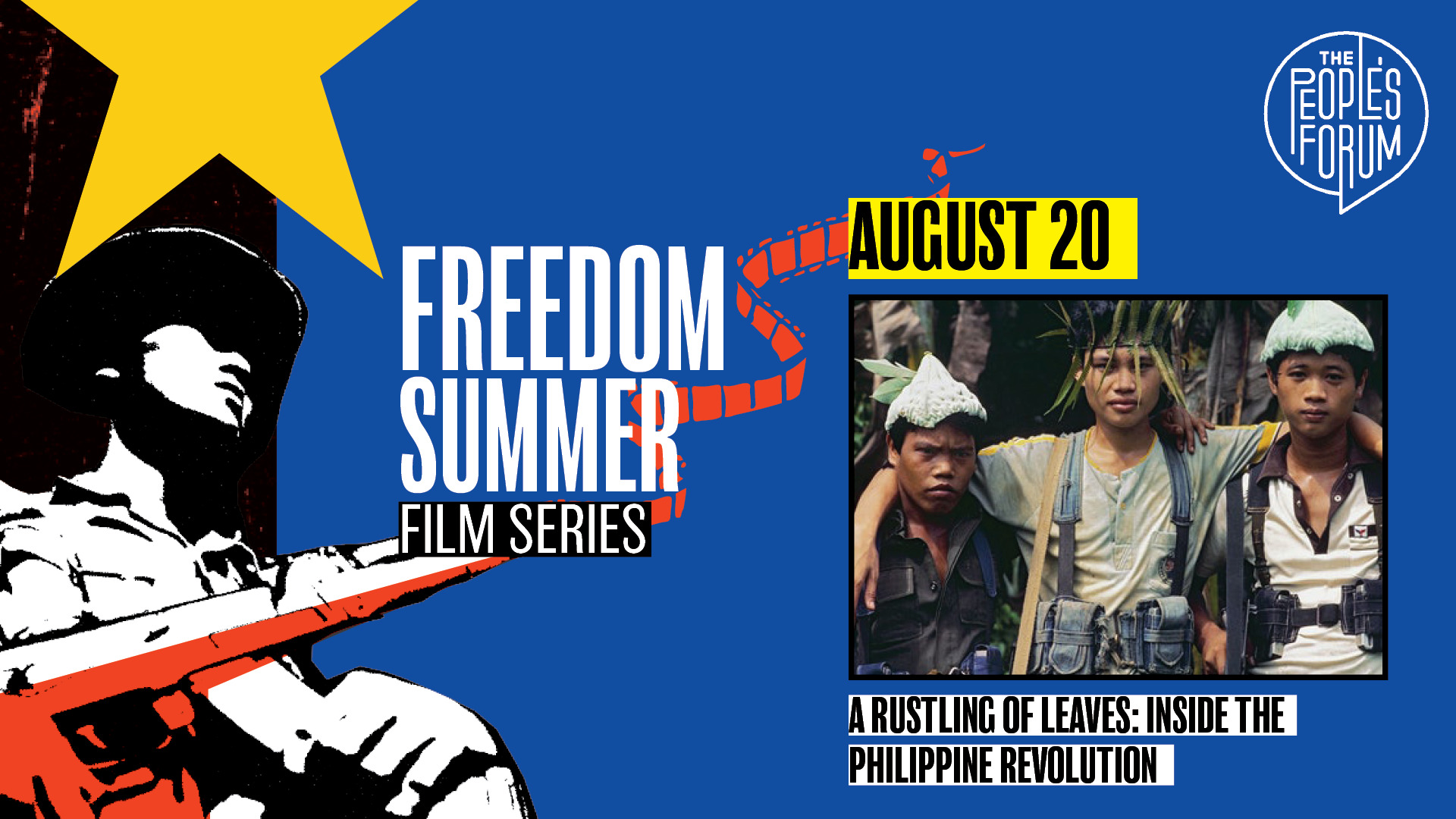 FREEDOM SUMMER FILM SERIES | A Rustling of Leaves: Inside the Philippine Revolution

About “A Rustling of Leaves: Inside the Philippine Revolution”

This film offers a remarkable behind-the-frontlines look at the aftermath of the anti-Marcos “Yellow Revolution” that brought Corazon Aquino to power in the Philippines in 1986. Shot over eight months, often in dangerous conditions, the film chronicles the three points of an often-violent political triangle: the legal left; the illegal, armed leftists of the New People’s Army; and the armed, reactionary right-wing groups operating on both sides of the law.