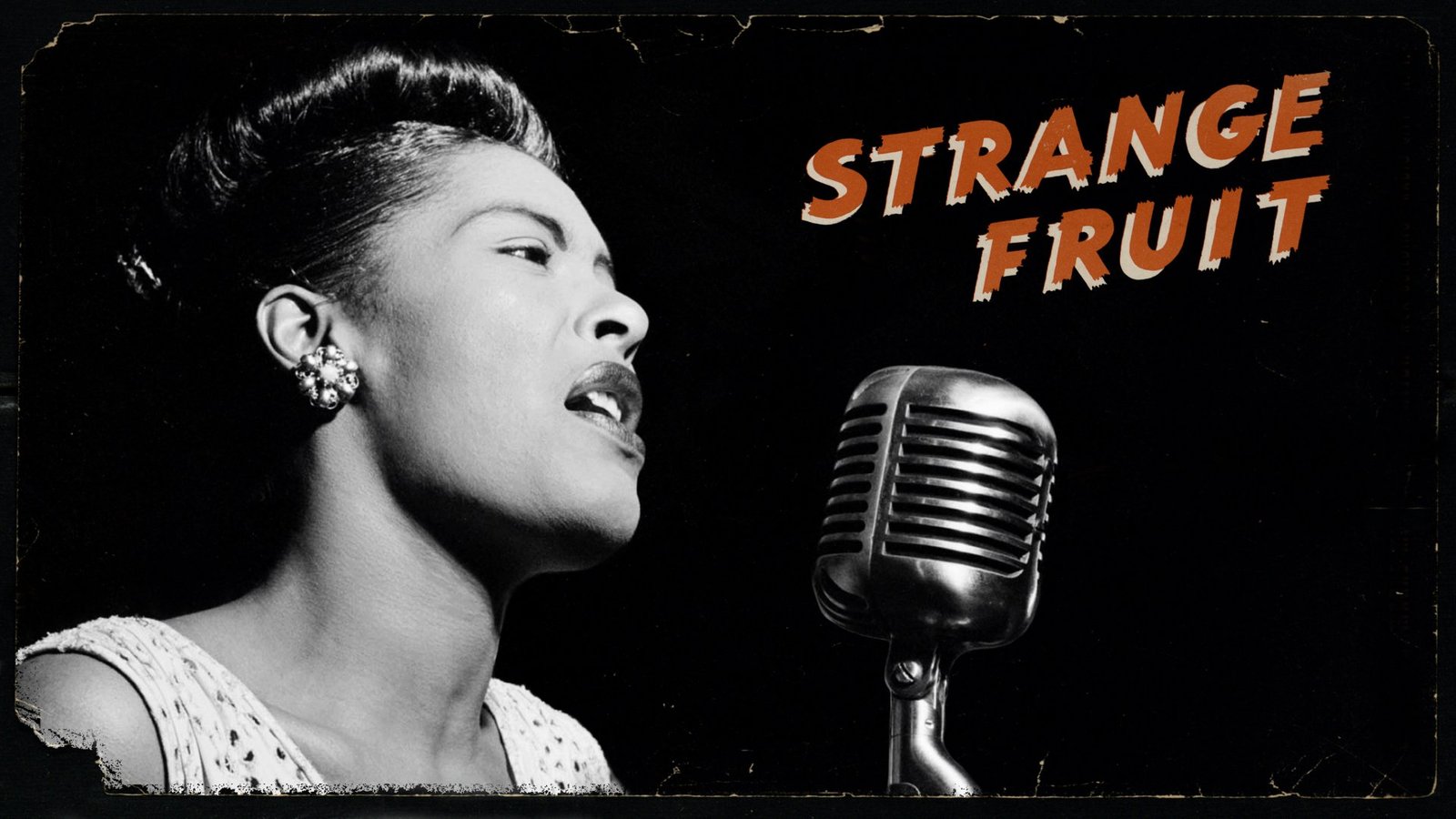 RSVP BELOW! THIS IS AN IN-PERSON SCREENING.

Strange Fruit is the first documentary exploring the history and legacy of the Billie Holiday classic song on America’s long history of racial injustice, one of the most influential protest songs ever written. The song began as a poem by Abe Meeropol, a Jewish schoolteacher and union activist from the Bronx who later set it to music. Disturbed by a photograph of a lynching, the teacher wrote the stark verse and melody about the horror of lynching under the pseudonym Lewis Allan in 1938. It was first performed at a New York teachers’ union rally and was brought to the attention of the manager of Cafe Society, a popular Greenwich Village nightclub, who introduced Billy Holiday to the writer.

The song and documentary examines the history of lynching, and the interplay of race, labor and the left, and popular culture as forces that would give rise to the Civil Rights Movement.

The documentary (2002) is 57 mins long, and will be followed by a Q&A and discussion led by the Director, Joel Katz.

An independent NY filmmaker, producer, director, and editor Joel Katz’s filmreel includes His Corporation with a Movie Camera (1992), and Dear Carry (1997). Katz also serves as an associate professor of Media Arts at New Jersey City University and is on the board of directors of NY’s Third World Newsreel, a NY-based advocacy and distribution organization for filmmakers of color.