Feminism for the 99% – Women’s Conference 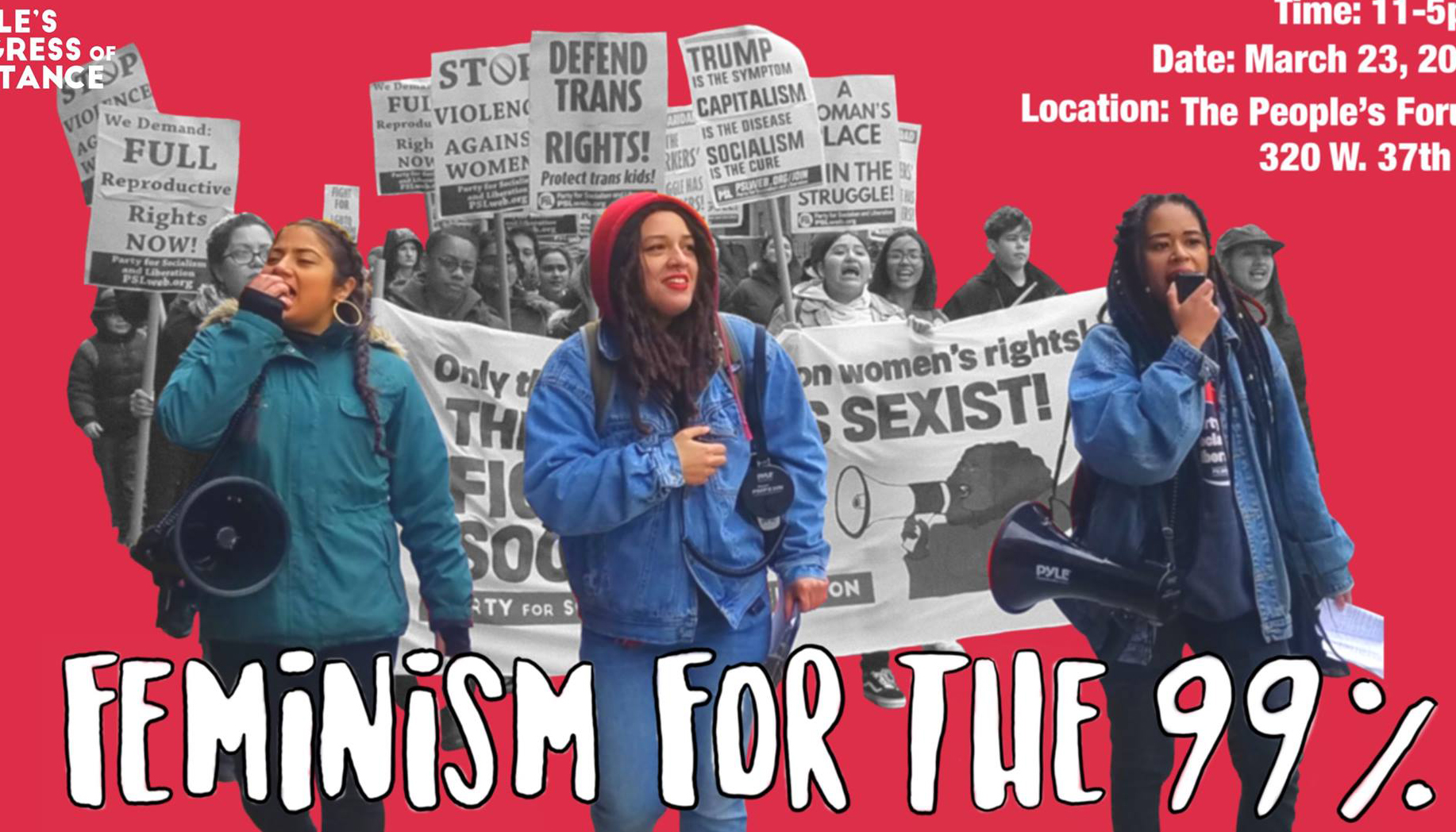 Celebrate International Women’s Day with the People’s Congress of Resistance!

In the era of #MeToo, women’s marches, and an increased presence of progressive women in Congress, women’s resistance has manifested itself in various forms. Our goal is to grapple with the central question of what it means to be a feminist and a revolutionary socialist fighting for a new society.

The Trump administration and the ruling class continue to mercilessly wage attack after attack against women and our communities. From the millions of immigrant & refugee women facing violence at the borders, deportation and separation from their families, to the continuing struggle in Palestine for liberation, to the fight to end sexual violence, for equal pay, for queer and trans liberation, for maternity leave, for the right to abortion and control over our bodies, and for healthcare — women have always fought back! We see these same struggles throughout the world as increased war funding rises and U.S. imperialism contributes to the destruction of women’s rights around the world along with their lands and resources. All of these struggles are feminist issues, whether they happen here at home or in other countries.

How can we reconcile these attacks with feminism when ruling class politicians also use this term for their own self-serving interests? The ruling class of men and women could not care less about the needs of working and oppressed women at home or abroad. From employment to reproductive rights to political involvement, this country does little to guarantee women’s rights. We want to, we intend to, change this. But we know the current system is incapable of facilitating that change.

As women on the frontlines struggling to defend our neighborhoods and demanding basic human rights, we know the limitations of reforms under capitalism. We understand that women’s oppression is inextricably tied to this system of exploitation that profits from our suffering by underpaying us, by dehumanizing us, by forcing us to work a second shift without any pay or support, and more. The only real solution is a new system, one that is created by the people, for the people; a system that will take the wealth created by the people to truly provide for the needs of women and working people.

Join us at the People’s Congress of Resistance’s women’s conference for a series of women-centered workshops, panels, and performances. We will be discussing what it means to reclaim feminism in the radical tradition and how to create an alternative to capitalism—socialism.

We will engage in practical discussions on how to resist and secure a sustainable future, or how to guarantee true equality for everyone’s right to jobs, healthcare, and a safe environment by building a people’s party together.

Childcare will be available.