Day of Solidarity with Haiti 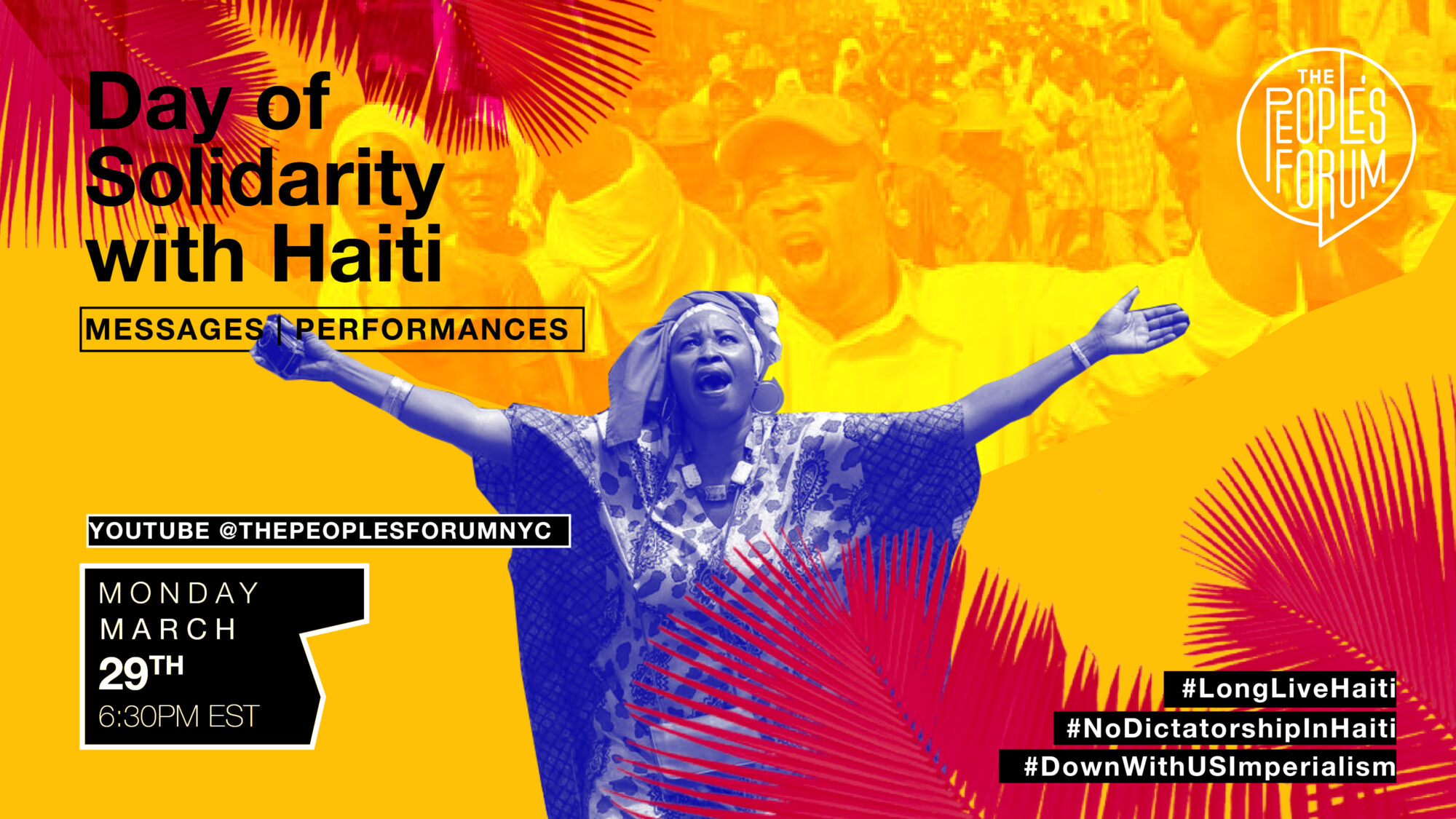 A Festival in Solidarity with the people of Haiti.

The Haitian people have been mobilizing in the streets and demanding the end of the dictatorship of President Jovenel Moïse, whose term was supposed to end on February 7th. Despite the US government’s continued support for the Moïse regime, we know that the struggles of our comrades in Haiti are inescapably connected to the struggles of all working people around the world.

This event will be happening in our Youtube channel.