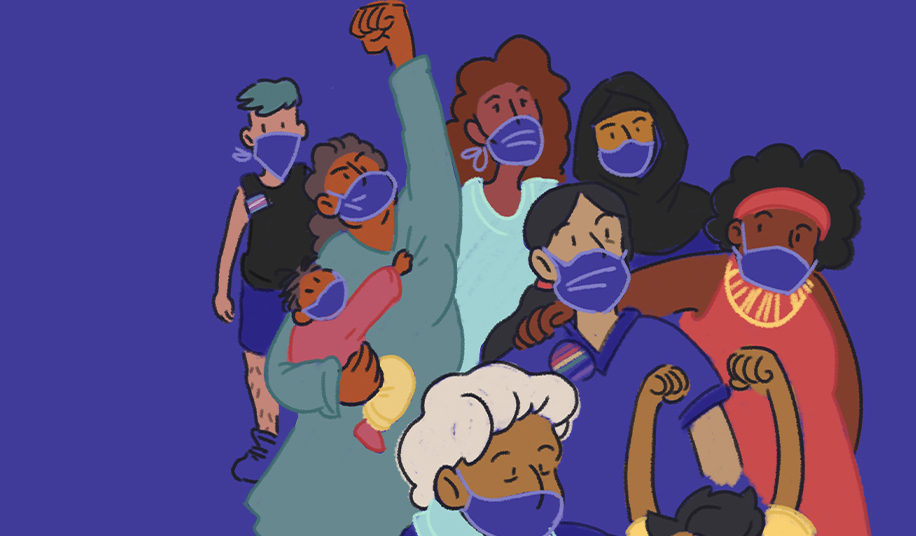 In the series CoronaShock, Tricontinental Institute for Social Research has discussed how a virus that struck the world with such gripping force has swiftly laid bare today’s social, political, and economic issues; COVID-19 has exposed the crumbling bourgeois social order while shedding light on the humanizing resistance in socialist parts of the world.

The most recent study in the series, CoronaShock and Patriarchy, looks at the gendered impact of the pandemic. In the midst of this global health, political, economic, and social crisis, it is often women who bear the brunt of the cataclysmic shifts in daily life, from the increasing care work of children, the elderly, and the sick to skyrocketing incidences of gender-based violence, as women and LGBTQIA+ people are quarantined with their abusers. The study looks closely at the impact of the pandemic on the most vulnerable in society, provides an analysis of the sharp rise in patriarchal violence during this global crisis, and presents a list of people’s demands that have been put forward by women’s and feminist organizations across the world to build a more just, humane, and equal society as we face this global crisis.

Join contributors to the study to discuss the findings and implications for the fight against patriarchy worldwide.

Renata Porto Bugni is a public policy analyst, an activist, a teacher, and a member of the political organisation Consulta Popular. Her master’s degree from the University of São Paulo focused on public policies for Brazilian women, notably in the fight against violence. Renata spent seven years working to develop public policies that address social justice as well as to develop indicators to measure aspects of social life such as education, health and public transit.

Maisa Bascuas is a feminist activist, a university professor, and a researcher in Argentina. She is the author of articles and publications on the State, public policies, Latin American feminisms, and people’s and feminist economies. She is a tutor in the Latin American Program for Online Learning in Social Sciences in issues related to gender and social economics and a researcher at the Institute of Latin American and Caribbean Studies at the University of Buenos Aires and the Oral Archive of Open Memory.

Satarupa Chakraborty is an activist who is currently pursuing a PhD in Philosophy at Jawaharlal Nehru University, New Delhi, India. She has been actively associated with the student movement in India since 2013 and was elected as the General Secretary of JNU Students’ Union in 2016.

Nontobeko Hlela began her political career as an academic teaching Politics in Durban, South Africa. She also worked as a senior diplomat and was based in Nairobi, Kenya for some years. Her research focuses on the prospects for advancing the interests of Africa and the Global South on the international stage.

Celina della Croce is an organiser and militant who works with Tricontinental: Institute for Social Research’s publications, English-language editing, and translations. She worked in the labour movement for four years with the Service Employees International Union and the Fight for 15 as an organiser, union representative, and shop steward.