The Colonial Pasts and Violent Present of Confinement in Counterinsurgencies 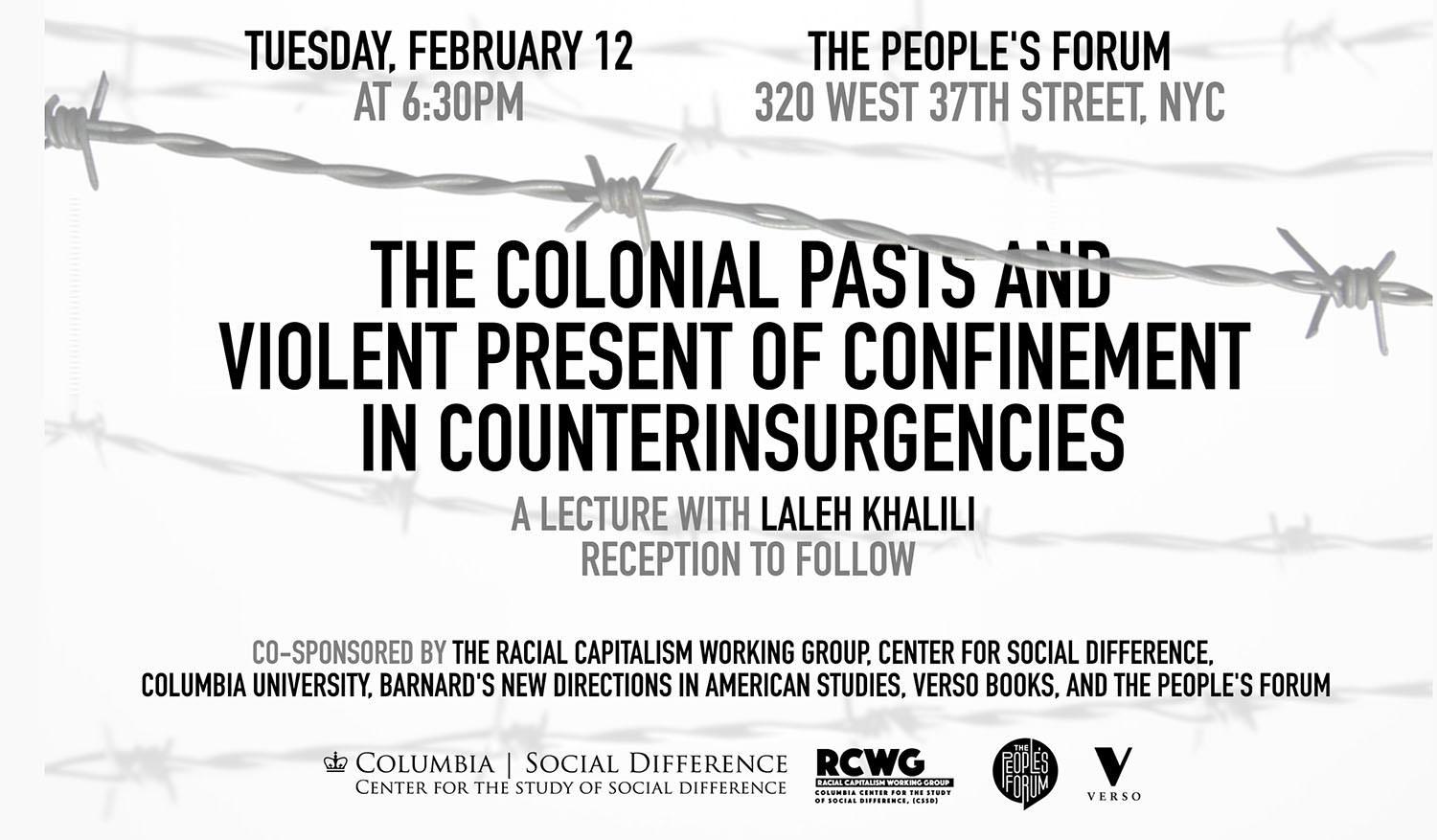 A lecture with Laleh Khalili

Detention and confinement— both of combatants and large groups of civilians—have become fixtures of asymmetric wars over the course of the last century, with a huge increase in the employment of detention camps, internment centres, and the enclosure or isolation of groups of people. Khalili examines the practices and historical roots of two major liberal counterinsurgencies of our day – the Israeli occupation of Palestine and the U.S. War on Terror. She argues that although practices of incarceration have been defended by the assertion that they constitute measures to “protect” populations against violence and terrorism, liberal states have in fact consistently acted illiberally in their confinements, and that this has increasingly encouraged policymakers willingly to choose to wage wars.

Join us for a reception after the talk.

Laleh Khalili is Professor in Middle Eastern Politics at the School of Oriental and African Studies at the University of London. She is the author of Heroes and Martyrs of Palestine: The Politics of National Commemoration (Cambridge 2007), edited Modern Arab Politics (Routledge 2008) and co-edited (with Jillian Schwedler) Policing and Prisons in the Middle East: Formations of Coercion (Hurst/OUP 2010). Her most recent book, Time in the Shadows: Confinement in Counterinsurgencies (Stanford 2013), drew on interviews with former detainees of Abu Ghraib, Guantanamo Bay, and various Israeli detention camps and prisons – and military officers, guards, and interrogators, as well as a large number of archival sources to show the continuities in practices of detention in liberal counterinsurgencies from the Boer War until today. Time in the Shadows was the winner of the Susan Strange Best Book Prize of the British International Studies Association and the 2014 best book award of the International Political Sociology section of the ISA.

Co-sponsored by the Racial Capitalism Working Group, the Center for the Study of Social Difference, Columbia University, Barnard’s New Directions in American Studies, Verso Books, and the People’s Forum.