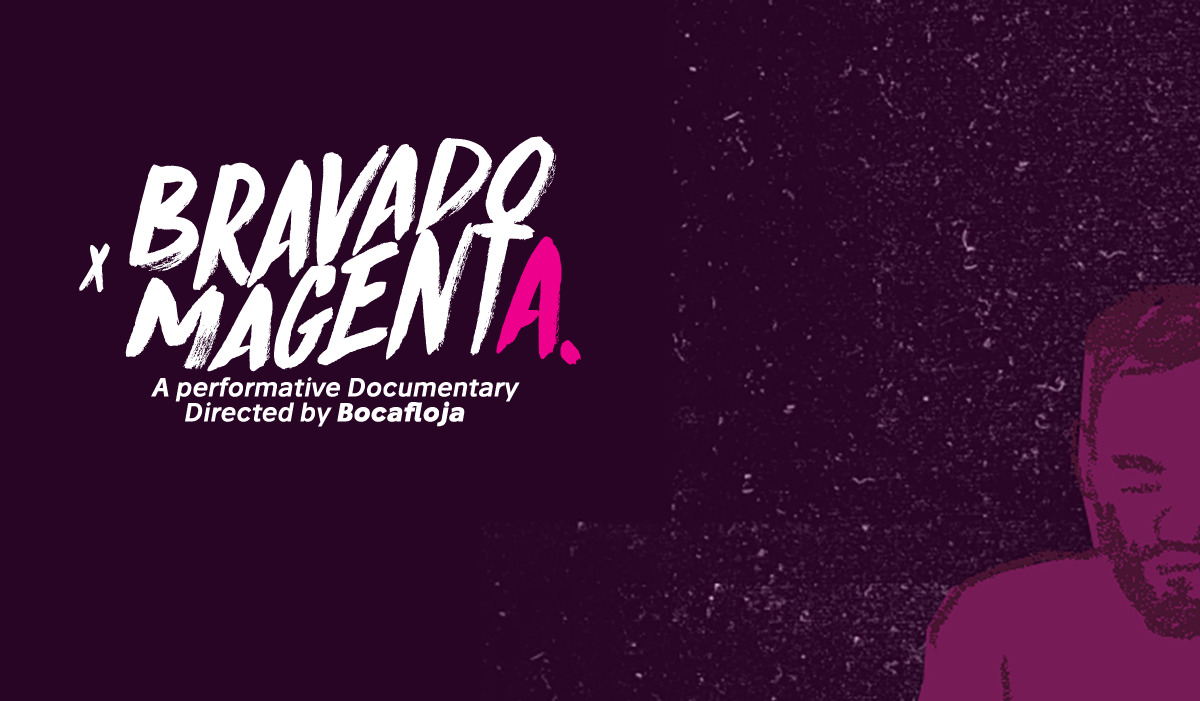 Bravado Magenta is an exposé on the intersection of coloniality and patriarchy. A performative documentary which critically analyzes racialized masculinities through self-cartography and storytelling.