Revolution Around The Corner: Voices From the Puerto Rican Socialist Party in the United States 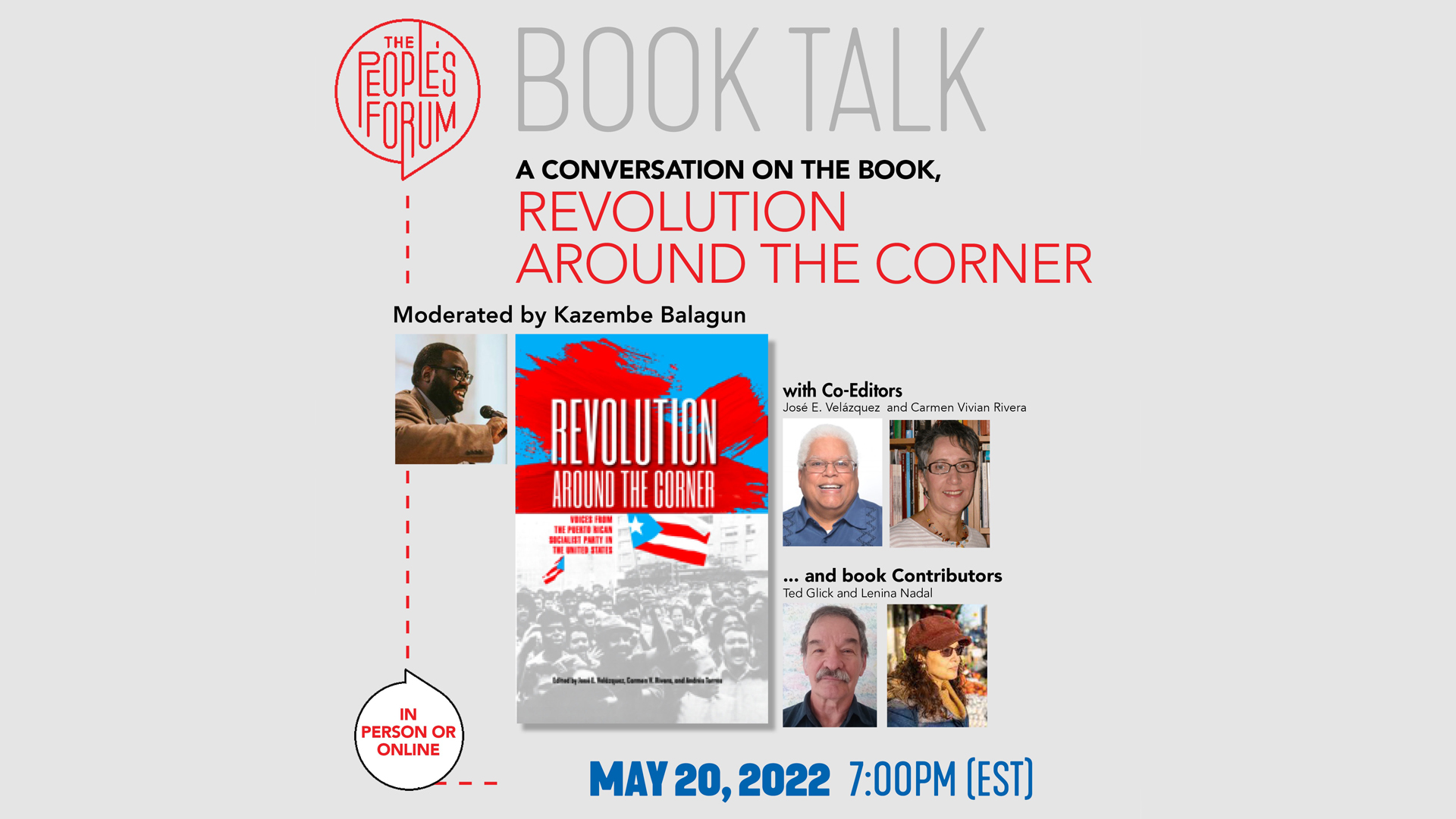 Revolution Around the Corner chronicles this unique social movement, describing various mass campaigns and the inner workings of the organization. The editors and contributors—all former members, leaders, and supporters of the PSP—offer a range of views and interpretations of their experience.

Combining historical accounts, personal stories, interviews, and retrospective analysis, Revolution Around the Corner examines specific actions such as the National Day of Solidarity ( El Acto Nacional), the Bicentennial without Colonies, the Save Hostos struggle, and the Vieques campaign. Testimonies recount the pros and cons of membership diversity, as well as issues of loyalty and compañerismo. In addition, essays describe the PSP’s participation in coalitions and alliances with Left and progressive movements. The book concludes with the editors’ reflections on the PSP’s achievements, mistakes, and contributions.

This event will be hybrid and streamed on our YouTube. If attending in-person, please be prepared to show proof of vaccination and ID at the door.