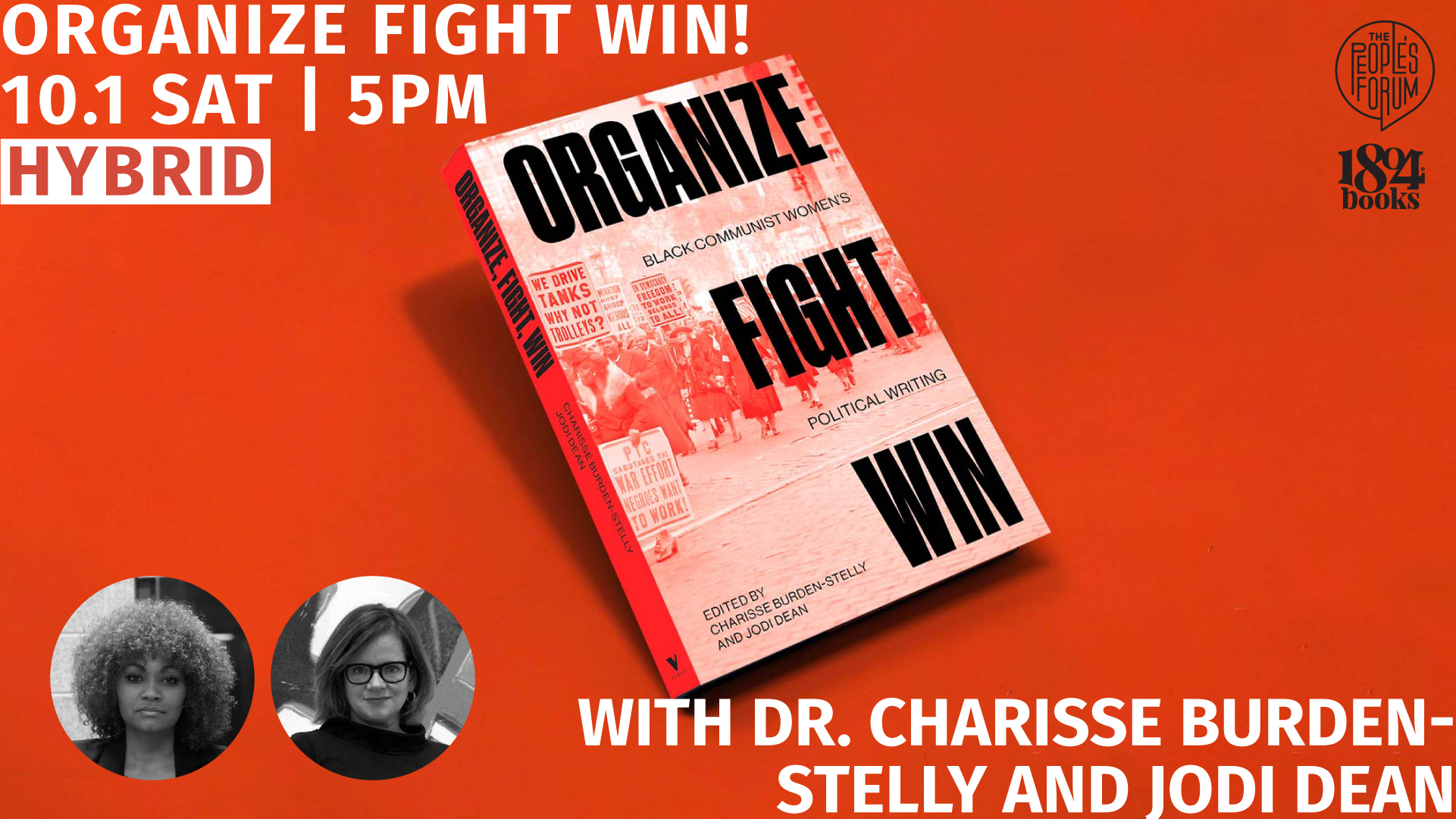 Join us for an in-person book talk with Dr. Charisse Burden-Stelly and Jodi Dean on their recently edited book, Organize, Fight Win. The first collection of its kind, Organize, Fight, Win brings together three decades of Black Communist women’s political writings. In doing so, it highlights the link between Communism and Black liberation. Likewise, it makes clear how Black women fundamentally shaped, and were shaped by, Communist praxis in the twentieth century.

If attending in person, please be prepared to show proof of vaccination and ID at the door.