BOOK TALK: An Enemy Such as This with David Correia & Melanie K. Yazzie 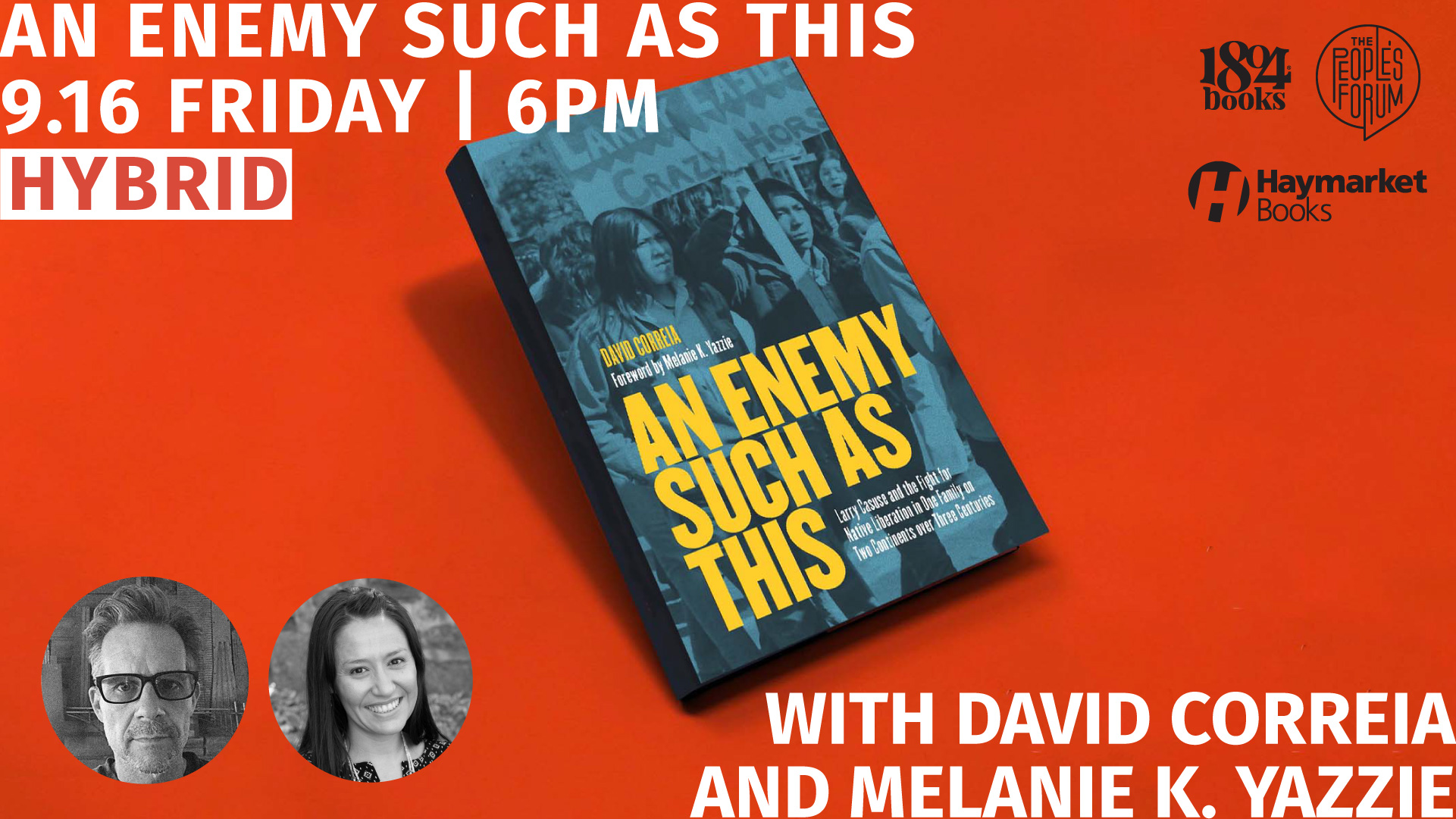 Join us for an in-person book talk with David Correia on his latest book, An Enemy Such as This. Joined by Melanie K. Yazzie, they will discuss the remarkable true story of an Indigenous family who fought back, over multiple generations, against the world-destroying power of settler colonial violence.

Just weeks before police would kill him in Gallup, New Mexico, in March of 1973, Larry Casuse wrote that “never before have we faced an enemy such as this.” From the genocidal Mexican war against the Apaches in the nineteenth century, through the collapse of European empires in the first half of the twentieth century, and culminating in the efforts of young Navajo activists and organizers in the second half of the twentieth century to confront settler colonialism in New Mexico, the book offers a resolutely Native-focused history of colonialism. An Enemy Such as This, for the first time, tells the history of that colonial enemy through the simultaneously epic and intimate story of Larry Casuse and those, like him, who fought against it.