BLOOD GOLD | Is your cell phone or electric car stained with Indigenous blood from the Amazon? 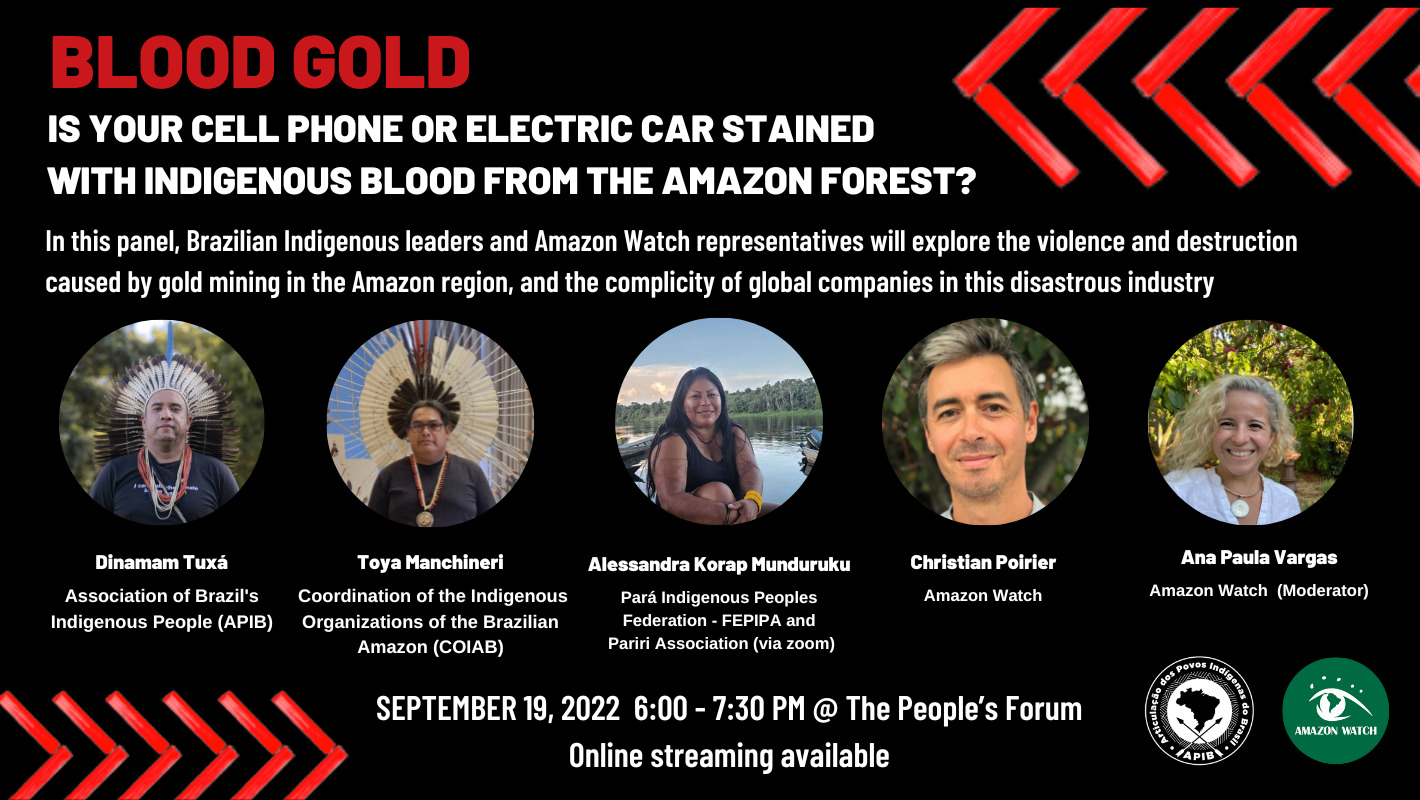 From the cellular phones in their pockets to the electric cars they drive, consumers will not abide by using products stained with Indigenous blood. Yet until now, the public has been unaware of its complicity in drastic human rights abuses and irreparable ecosystem destruction.  Recent research shows that Brazilian and global gold refineries that supply leading technology, electronics, and automotive companies such as Apple and Tesla could be sourcing gold illegally mined on Brazil’s Amazonian Indigenous territories.

The impacts of gold mining on the Brazilian Amazon’s highly preserved Indigenous territories – particularly those of the Yanomami, Munduruku, and Kayapó peoples – are immeasurable. These activities have driven a spike in deadly illnesses such as malaria and mercury poisoning and social conflicts such as armed violence, drug abuse, the sexual predation of Indigenous women and girls, and murder.

Brazilian Indigenous leaders and representatives from Amazon Watch will explore the attacks, violence, and destruction caused by gold mining in the Amazon, and the complicity of household brands in this disastrous industry. The event will feature the launch of a new publication exposing how the supply chains of the planet’s most valuable technology, electronics, and electric car companies are tainted by gold illegally mined on Amazonian indigenous lands. The publication is the fifth installment of the Complicity in Destruction series, produced by the Association of Brazil’s Indigenous Peoples – APIB and Amazon Watch.

The highly irregular nature of Brazil’s gold industry demands strong international scrutiny. This industry has shown itself unwilling to self-regulate and requires international pressure to eliminate incentives for ongoing criminality. This event is part of a growing global response to the explosive growth of illegal Amazon mining and its threats to the future of the forest and its peoples.

– Toya Machineri: coordinator of the Coordination of Indigenous Peoples of the Brazilian Amazon