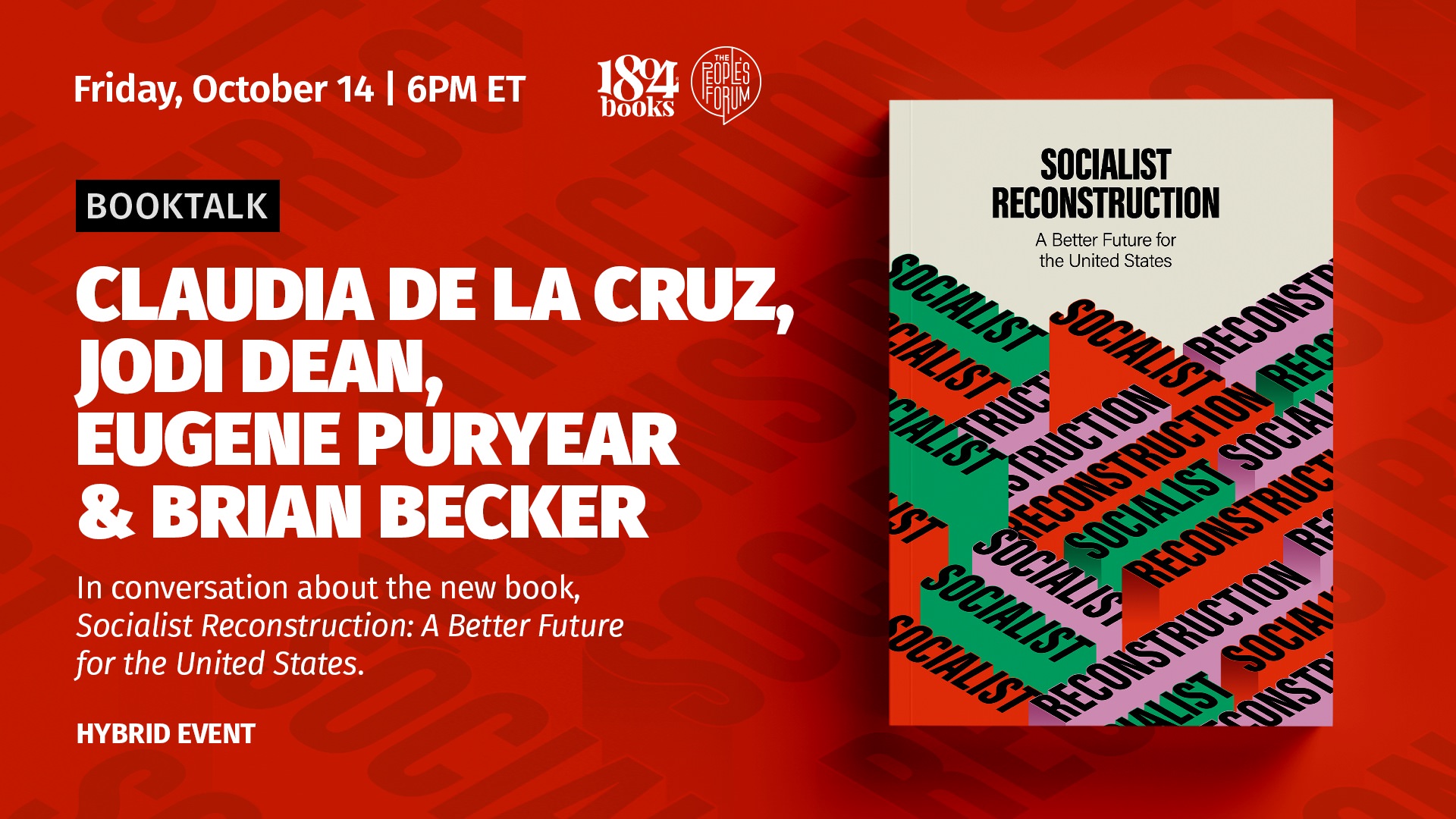 “This courageous and visionary book provides a realistic and realizable socialist alternative to our decaying predatory capitalist civilization. It grounds a grand socialist reconstruction of the present US regime in our present sufferings and struggles, especially in the crucial role of an awakening of working peoples! Genuine hope trumps despair in this prophetic text!”
–Dr. Cornel West

Please join us for an in-person book launch of Socialist Reconstruction: A Better Future for the United States by the Party for Socialism and Liberation. Socialist Reconstruction takes seriously the question of what it would look like to build a socialist society in the United States, transforming what housing, healthcare, education, public safety–and many other institutions–can do for the public. From ending the U.S.’s imperialist exploits, to eliminating poverty, racism, and bigotry, this book considers how we can use the wealth and development of modern society for the good of the people. Socialist Reconstruction aims to demonstrate, rather than just declare, that there is an alternative to capitalism in the United States, and to start a dialogue with all of society about what such a socialist society will look like.

You can purchase the book online or in-person at the booktalk.

The launch features a dialogue with organizers Claudia De La Cruz, Jodi Dean, Eugene Puryear, and Brian Becker & who will discuss the monumental contributions this book makes to our outlook on making revolution possible in the belly of the beast.

Claudia is the Co-Executive Director of The People’s Forum. She was born in the South Bronx to immigrant parents from the Dominican Republic. She is a popular educator, community organizer and theologian.JODI DEAN

Jodi Dean is a Professor of Political Science at Hobart and William Smith College, and teaches political, feminist, and media theory. She has written or edited thirteen books, including Comrade, The Communist Horizon, and her latest book, Organize, Fight, Win.

Eugene Puryear is a founding member of the Party for Socialism and Liberation and is on the editorial board of Liberation News. He is also host of the daily podcast The Punch Out and the weekly newscast The Freedom Side LIVE with Rania Khalek.

Brian Becker is the National Coordinator of the ANSWER Coalition and host of The Socialist Program, a podcast that gives news and views about the world for those who want to change it. He is a founder of and a central organizer for the Party for Socialism and Liberation.