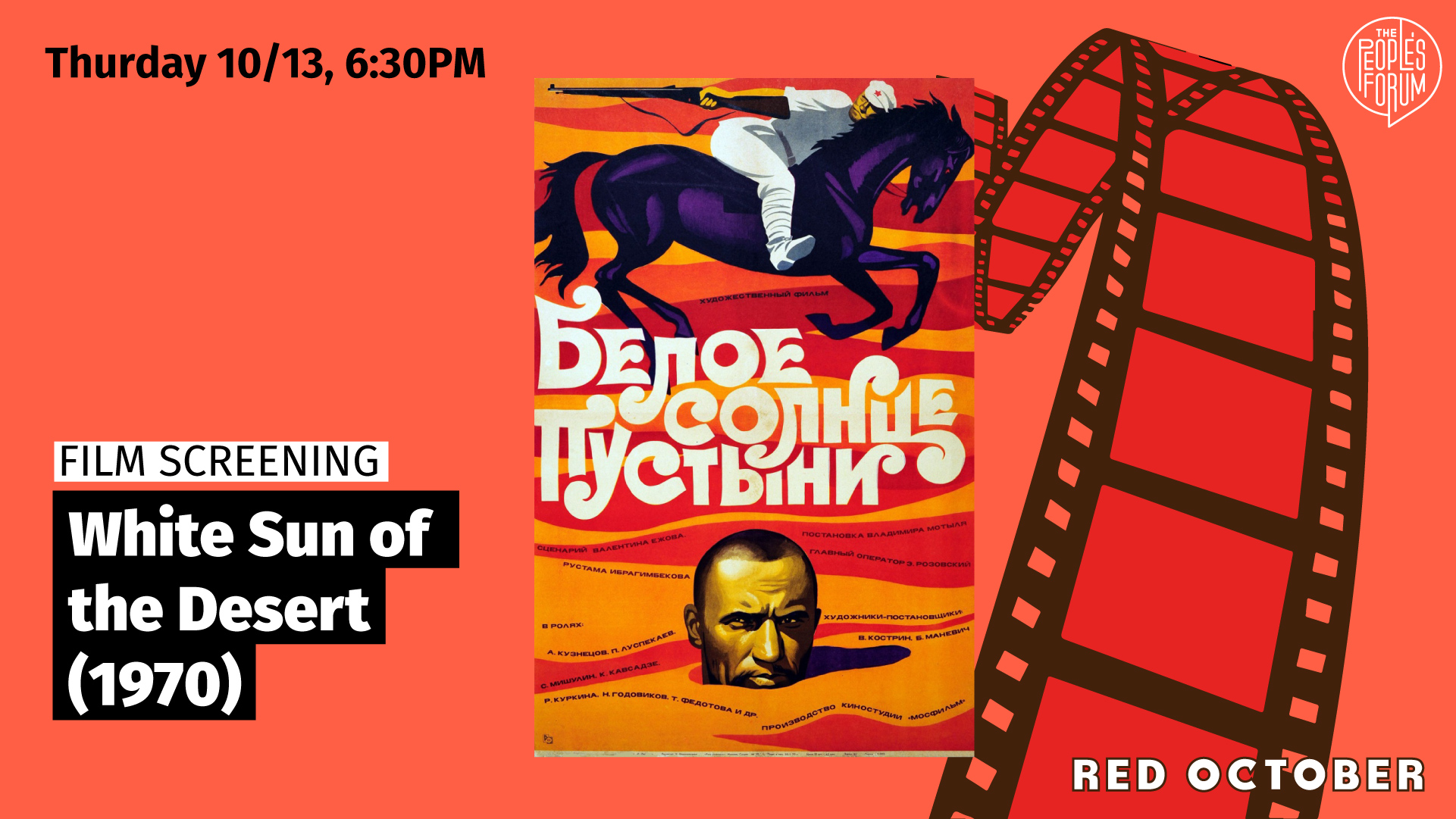 White Sun of the Desert, a popular 1970 Soviet film, tells the story of Fyodor Ivanovich Sukhov, a Red Army soldier in what would become modern-day Turkmenistan, after the Russian Civil War, who intends to return home to his beloved wife Katerina Matveyevna, but unexpected events and tasks force him to stay in the desert.