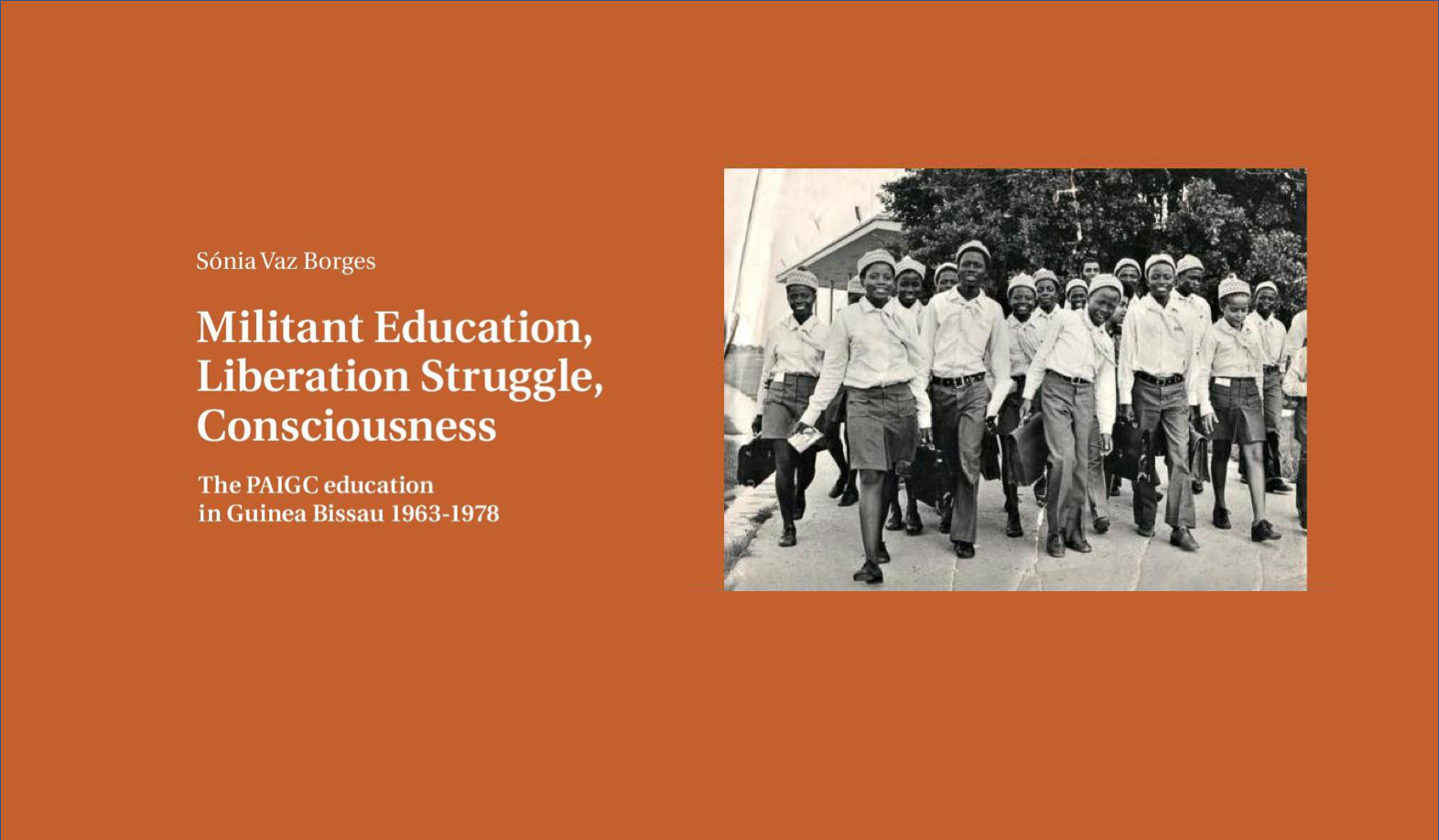 Join us for the Launch of Sónia Vaz Borges’s new book, Militant Education, liberation struggle and consciousness. The PAIGC education in Guinea Bissau 1963-1978.  Sónia will be joined for a discussion with Craig Gilmore.

Militant Education brings to light the educational project developed by the African Party for the Independence of Guinea Bissau and Cape Verde (PAIGC) during the period of the armed liberation struggle against the Portuguese colonial regime in Guinea Bissau (1963-1974). The work goes further to explore the practices of education in the period after independence until 1978. It includes an extended analysis of reports and printed material produced by the PAIGC, and expands its sources to oral testimonies, exploring the individual and collective experiences on education under the colonial regime, that finally led the Party militants to develop their concept, practices and materials for the militant education project. An invaluable contribution to the history of education in Guinea Bissau in specific and African and World history of education in general, the present work leads the reader through the paths of education during e colonialism, and the challenges to the process of decolonize education during and after the armed conflict for independence and liberation.

Cosponsored by the Center for Place, Culture, and Politics at the CUNY Graduate Center.