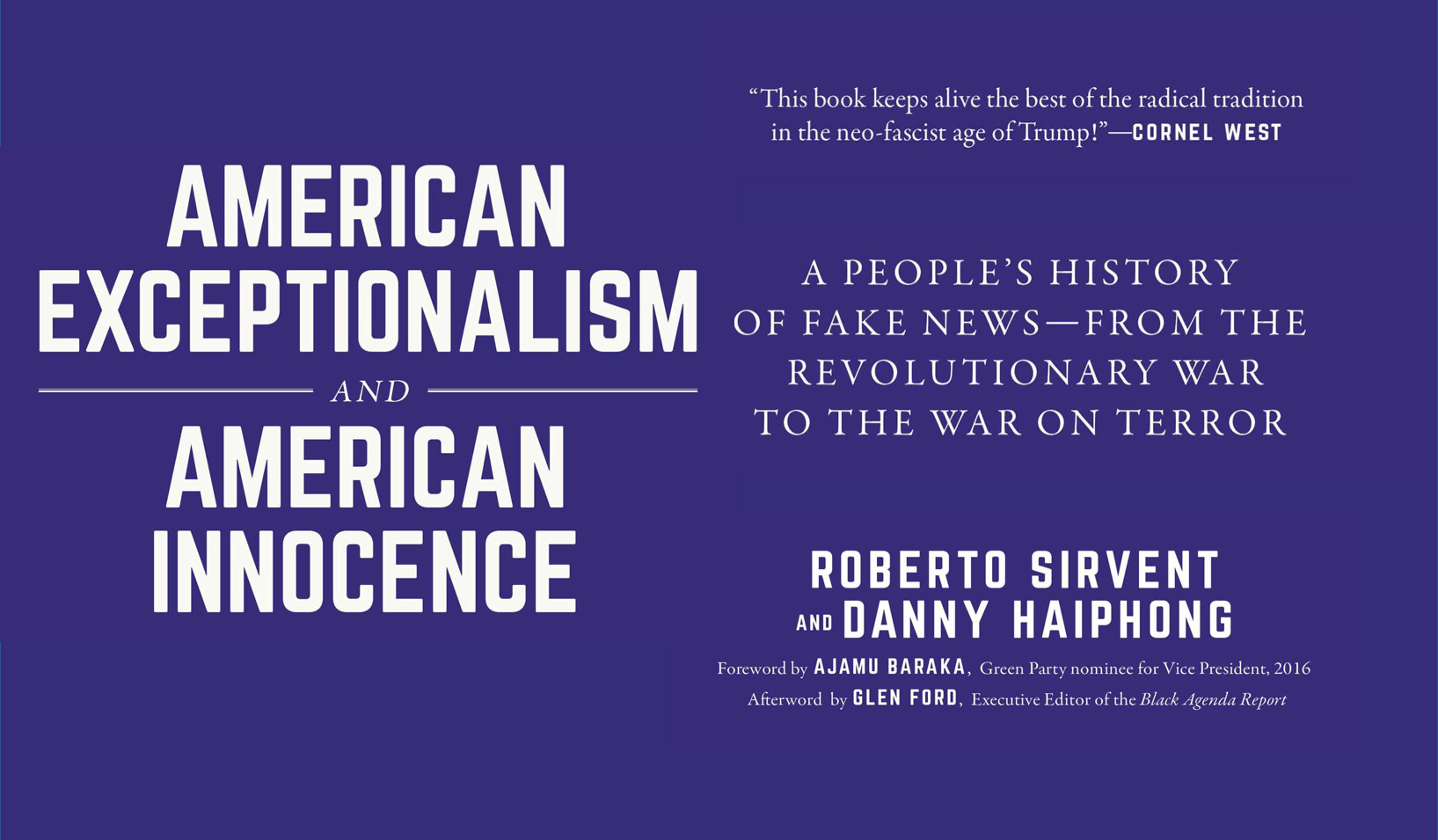 Join us for the launch of American Exceptionalism and American Innocence: a People’s History of Fake News, From the Revolutionary War to the War On Terror. Speakers include Danny Haiphong, Ajamu Baraka, and Glen Ford, moderated by Brittany Friedman.

Did the U.S. really “save the world” in World War II? Should black athletes stop protesting and show more gratitude for what America has done for them? Are wars fought to spread freedom and democracy? Or is this all fake news?

American Exceptionalism and American Innocence examines the stories we’re told that lead us to think that the U.S. is a force for good in the world, regardless of slavery, the genocide of indigenous people, and the more than a century’s worth of imperialist war that the U.S. has wrought on the planet.

Sirvent and Haiphong detail just what Captain America’s shield tells us about the pretensions of U.S. foreign policy, how Angelina Jolie and Bill Gates engage in humanitarian imperialism, and why the Broadway musical Hamilton is a monument to white supremacy.

“James Baldwin reminds us that those who attempt to remain in a state of innocence long after that innocence is gone turns themselves into monsters. Roberto Sirvent and Danny Haiphong cut through the monstrous and seductive idolatry, bad faith, and false historic discourses of America’s “exceptionalism” and “innocence.” America is precisely exceptional in its history of white terrorism, colonial logic, and imperialist fantasies and actions; and, America’s naked reality exudes a stench of culpability . . . [This book] is a radical counter-narrative to national and destructive common sense that is embedded within a politics of distraction. It is a text that radically forces a counter-memory, one that refuses to forget the violent myths of manifest destiny and a corrupt and toxic white philosophical anthropology that supports it. Roberto Sirvent and Danny Haiphong dare to imagine a radically different future, one predicated upon uncompromising justice.”
–George Yancy, professor of Philiosophy at Emory University

Cosponsored by the Black Agenda Report