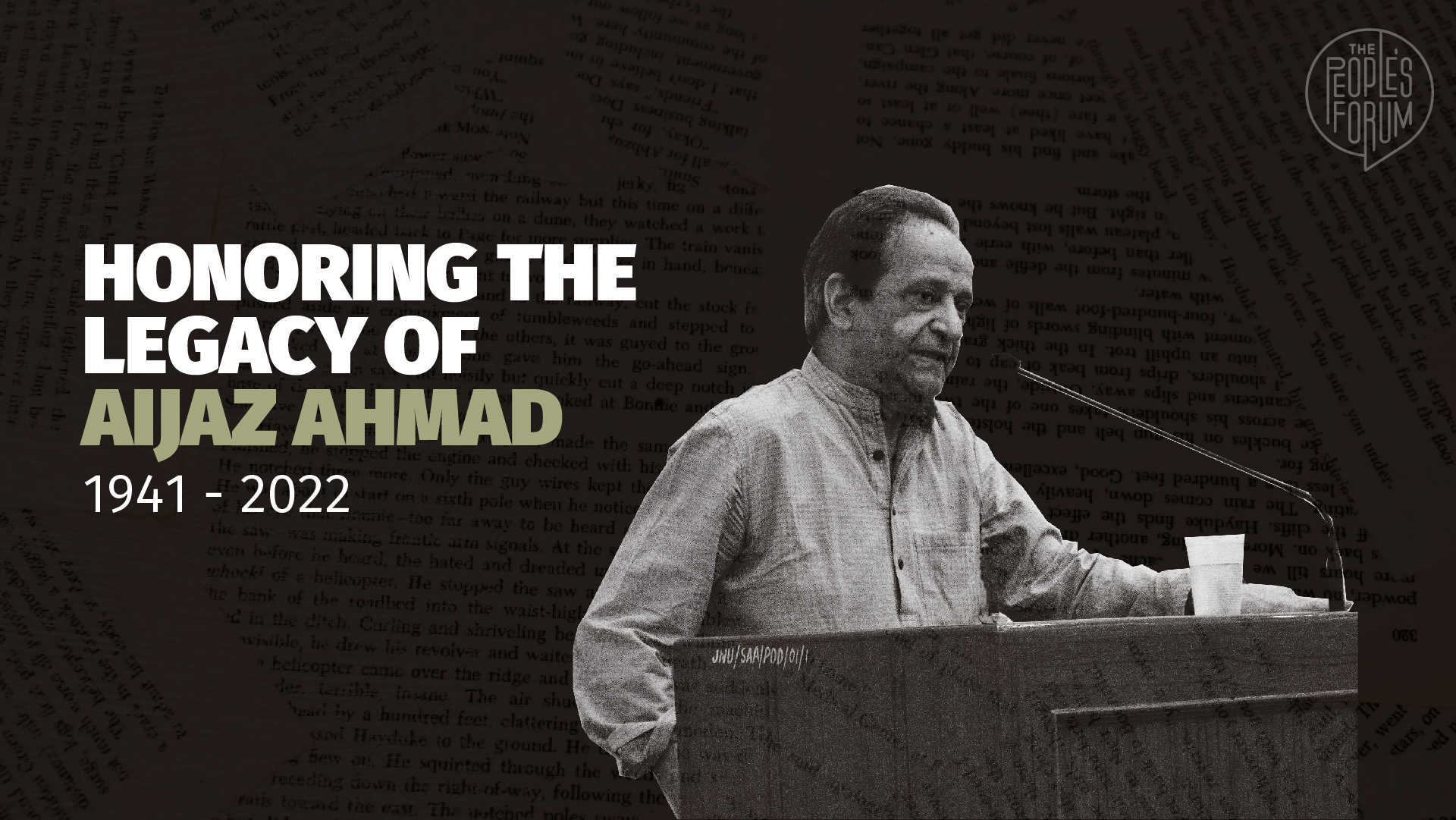 “Being a communist is for me a way of being in the world.”

In every generation that pursues the struggle against capitalism, there are guiding voices that ground us in the contemporary moment and expand our imaginations to keep us connected to the past. Aijaz Ahmad is one of those voices.

During the break up of the Soviet Union and the socialist bloc, when it seemed that the Western left had discarded the tools of dialectical and historical material analysis to the wayside, he remained steadfast in his belief that the Marxist method could help envision and fight for a better world.

Aijaz was a champion of Marxism but not one that is rigid or static. He had a sincere commitment to a Marxism that is grounded in the anti-colonial and anti-imperialist history of “the tricontinent.” He remained humbly connected and informed of the specificities of regions and countries around the world, including the movements and struggles of working peoples. In his writing, he tied together the many threads of history, political economy, and society to construct a critical and precise analysis for furthering our fight against global capitalism. In our present moment, when imperialism presents the greatest threat to life on this planet, Aijaz is an essential guide alongside all of us who hope to see with clarity the fundamental problems of today.

Above all, Aijaz’s theory and writing convey a true belief in the potential of human beings to shape the future. His theory is for the human individual, for the material betterment of peoples around the world, and for the total uplift of humanity. He is part of a lineage of thinkers and revolutionaries that have sought to grasp the contradictions of their time and free us from exploitation and oppression.

Categories: Statements + Announcements
« Ayanda Ngila 1995-2022: Martyr in the struggle for land, dignity, freedom and socialism.
Youth Delegation from the US visits Cuba for May 1st Celebrations »