What is happening in Haiti? US intervention and the fight for sovereignty 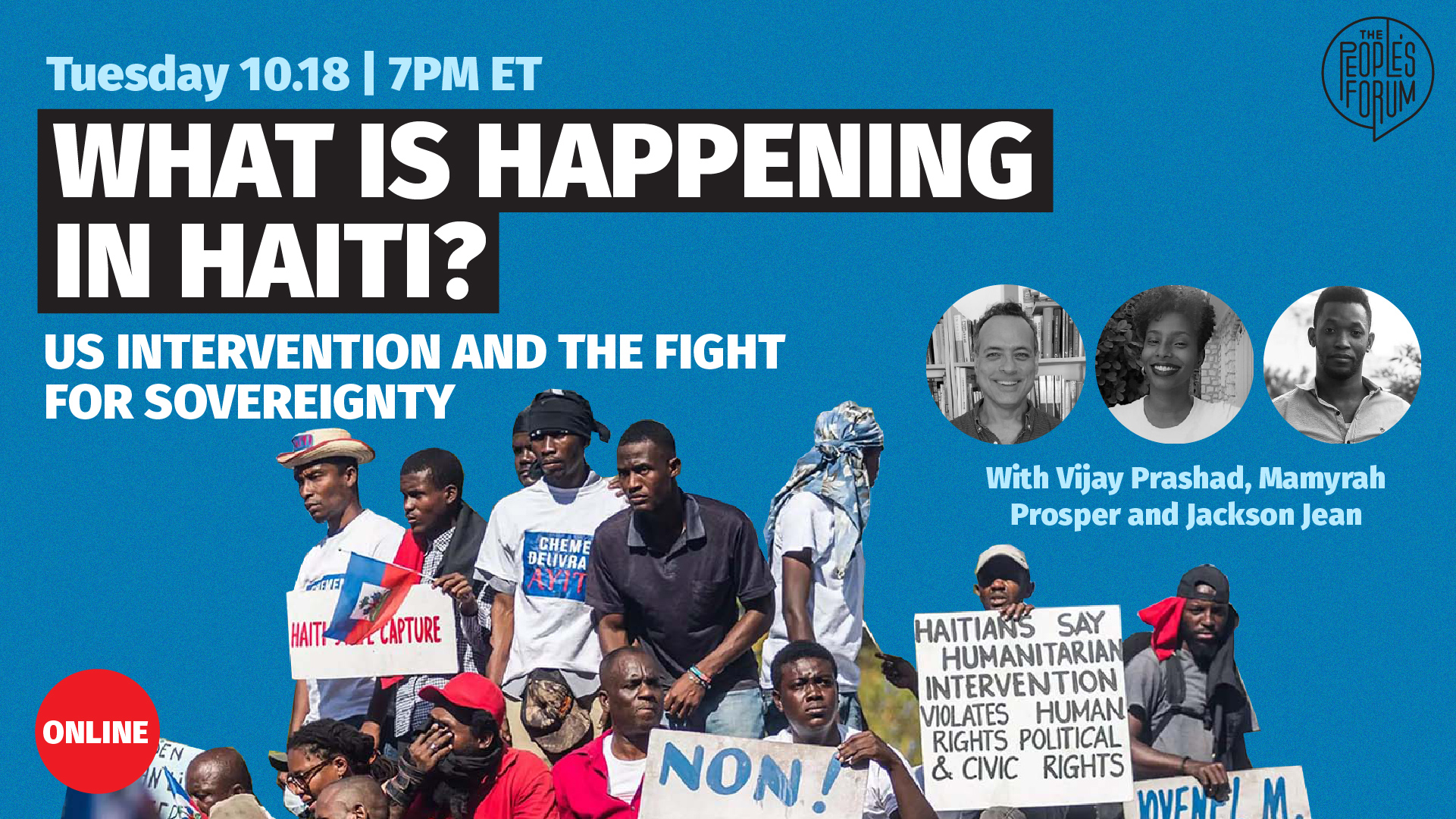 For the past 4 years, the Haitian people have continuously mobilized in protest against inhumane living standards, rapid inflation and skyrocketing fuel prices, and most recently, rejecting calls for foreign intervention and demanding the resignation of U.S.-backed Prime Minister Ariel Henry. As significant sectors of the US media and foreign policy elite prepare the ground for further intervention, we ask, what would military intervention mean for the Haitian people?  What has led to the protracted crisis we are witnessing today? What does the Haitian fight for sovereignty look like, and what do the people demand?

Join us on Tuesday, October 18 at 7 PM for a virtual conversation with historian Vijay Prashad, Haitian-American professor and activist Mamyrah Prosper and on-the-ground journalist Jackson Jean as they give us insight into the reality of the crisis in Haiti and the state of the people’s struggle.