There’s More Revolution to Come: Reflecting on the Anniversary of the Coup Attempt in Venezuela 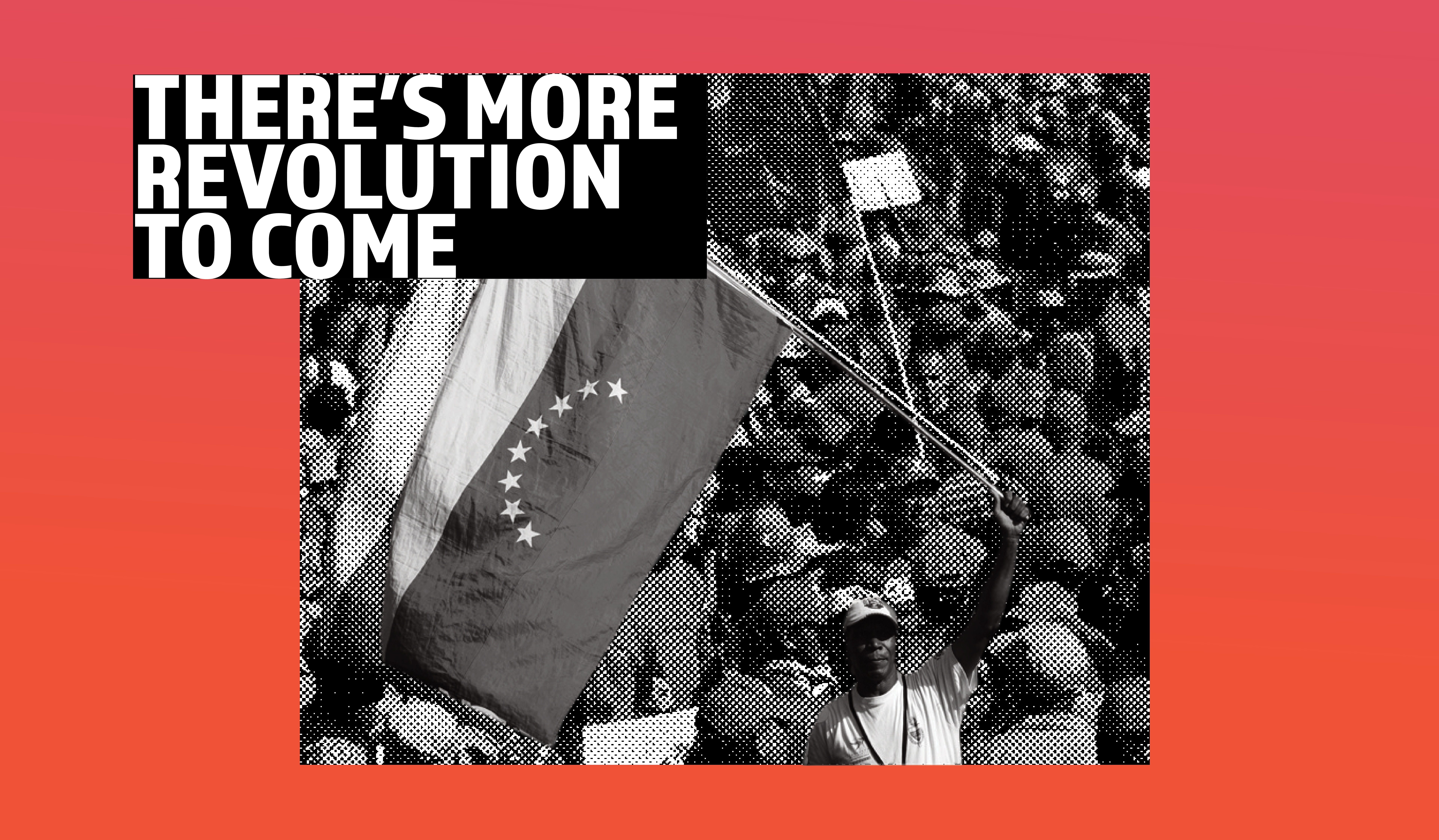 Reflecting on the Anniversary of the Coup Attempt in Venezuela.

One year ago on January 23rd, 2019, Juan Guaido, with the support of the U.S. state declared himself president.

Join the People’s Forum, ANSWER Coalition, and DSA members to reflect on the first anniversary of the failed coup attempt in the Bolivarian Republic of Venezuela and what it means to build an anti-imperialist and anti-war movement here in the U.S. These groups will bring together several experts on the Bolivarian revolution to discuss what is coming in Venezuela’s revolutionary process.

As ousted Bolivian President Evo Morales reflected recently on the successful right-wing coup in Bolivia, “we need to organize like Venezuela.” Venezuela’s struggle against multiple U.S.- and OAS-sponsored coup attempts in 2019 is an incredible feat, ensuring that the Bolivarian process moves forward, and serving as a hopeful model for all nations currently facing the heft of Western sanctions. This panel discussion will dive into the roots of Venezuela’s successes against Western imperialism, from building deep and lasting international solidarity across the globe, to innovating solutions in the education, housing, manufacturing and agricultural fields. Panelists will also provide reports of the situation on-the-ground in Venezuela today, detailing the massive effects of unlawful sanctions on daily life, and provide a view into the challenges in the years to come. As witnessed from Iraq and Iran to Cuba and Venezuela, it’s clear that sanctions are warfare by other means, and deployed by the United States and its allies to effect the reintroduction of neoliberal programs in target countries.

With massive social upheaval throughout Latin America and the Caribbean, it is critical for anti-war organizers to turn their attention to the imperial nature of sanctions warfare. The incredible organization, commitment, and solidarity of the Venezuelan working class is the key to the nation’s triumph against Western warfare today. Due to its history of revolutionary solidarity with international movements, Venezuela is also proving to be a meeting place for the most dynamic and revolutionary currents of today, from the African diaspora, indigenous movements, and a resurgent non-aligned movement.