The Specters of Yugoslavia: A historical and philosophical exploration of antifascism, economic self-management and the founding of the Non-Aligned Movement in Socialist Yugoslavia 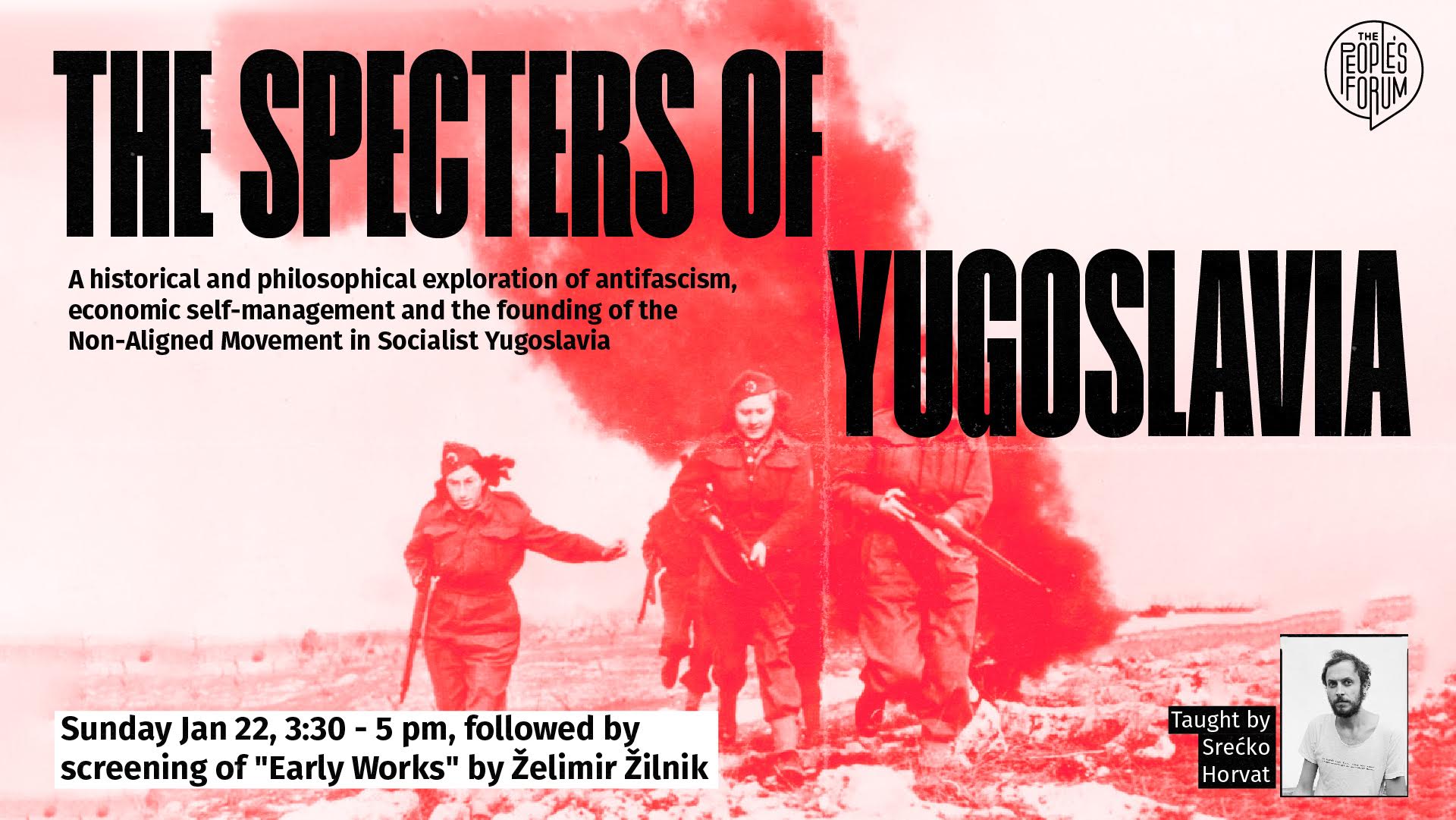 Three decades after the brutal collapse of socialist Yugoslavia, the specters of Yugoslavia are gaining renewed relevance in a multipolar world faced with unprecedented crises – from the climate crisis to unending wars and impending nuclear threat. As the threat of a new cold war rises on the horizon, an exploration into Yugoslavia’s project of building socialism and the Non-Alignment Movement in the face of imperialism and war can provide guiding lessons for us today. The lecture will dive into both accomplishments and contradictions of socialist Yugoslavia leading to the unavoidable question why did it collapse

Join us on Jan. 22 at 3:30 PM ET as we explore the main pillars of Yugoslav real existing socialism – antifascism between 1941-1945, economic self-management, and the key role of Yugoslavia in founding and navigating the Non-Aligned Movement. After class, stay around for a screening of Early Works by Želimir Žilnik. The film critically depicts the aftermath of the 1968 student demonstrations in Yugoslavia: “Once upon a time there lived a girl named Yugoslava. She had beautiful blond hair, a superb body and an unspoiled twenty year old soul. Her father was a drunkard, and her life was a sad one. So she decided to change the world. With three devoted friends she leaves home to seek the answer to the riddle of the wise odl Marx – ‘How can man become master of his fate?'”

Leading up to this lecture, join us for a film marathon in the Paul and Eslanda Robeson Theatre at The People’s Forum!