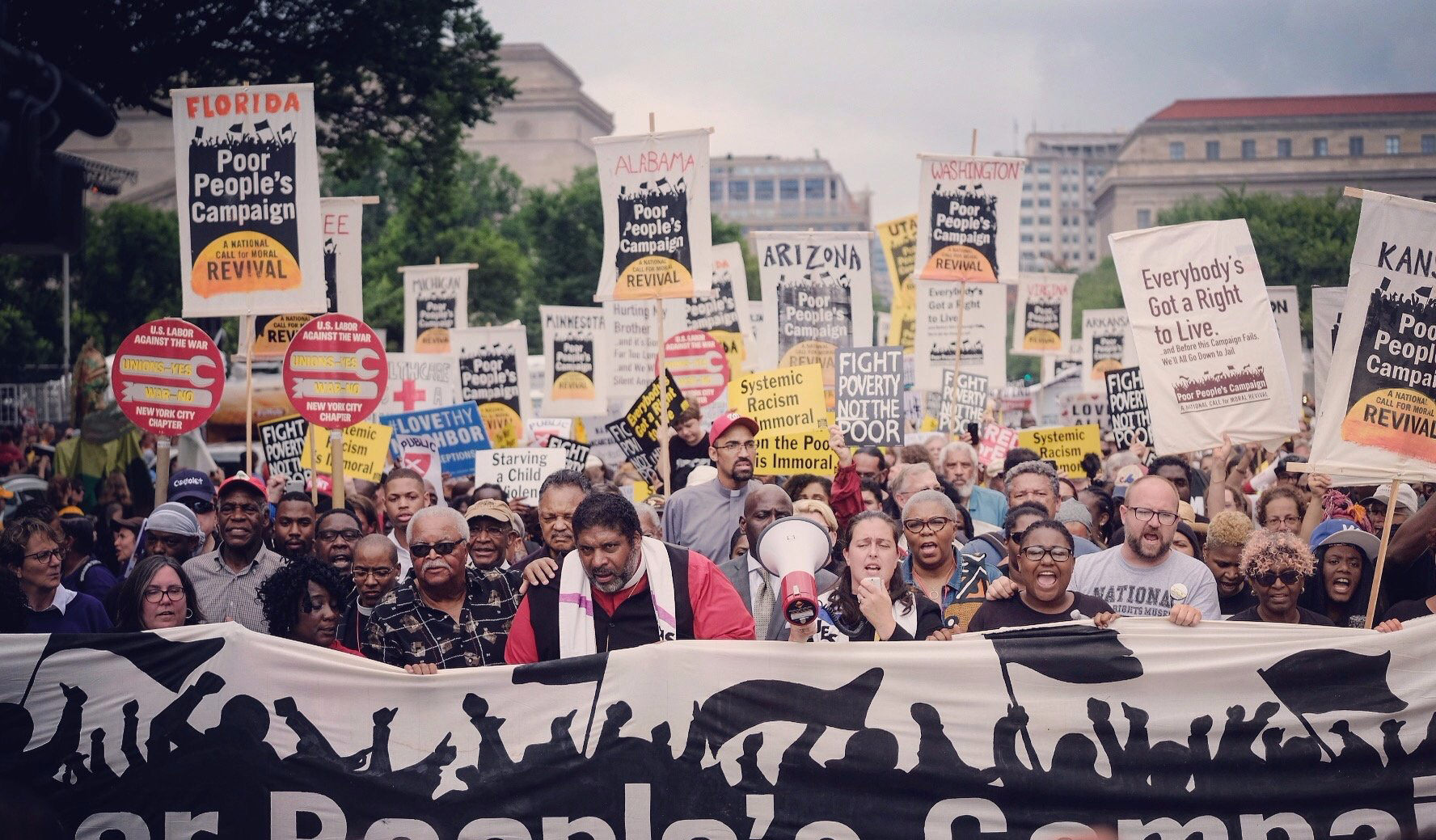 This 4-part series, taught by Kairos Center staff, will cover the following themes of the last historic campaign of the Rev. Dr. Martin Luther King’s life and its contemporary revival as the Poor People’s Campaign: A National Call for Moral Revival:

Kairos: The Center for Religions, Rights and Social Justice at Union Theological Seminary seeks to learn from, strengthen and expand transformative movements for social change. We come out of a history of poor people’s organizing in the United States and have connected with social movements around the world to understand the moment of transition and opportunity we are experiencing today. Drawing on the power of religions and human rights, our mission is to raise up generations of religious and community leaders committed to the unity and organization of the poor as the leading social force to build a broad transformative movement to end poverty.