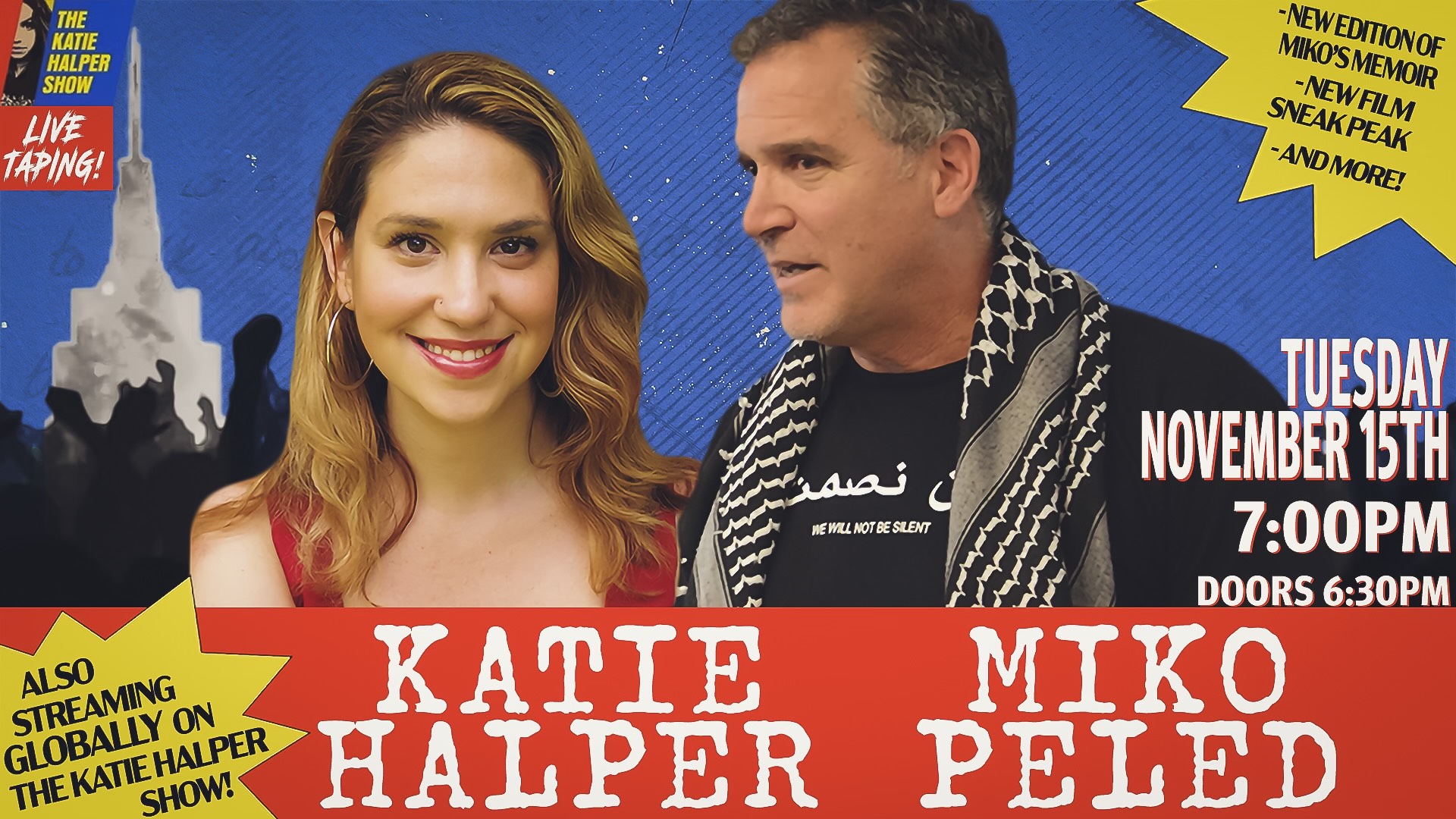 For the first time since before the pandemic, Katie Halper is doing a live taping of her weekly Youtube show, podcast and WBAI radio show, The Katie Halper Show. Her very special guest is Miko Peled, the human rights activist and the author of the book The General’s Son: Journey of an Israeli in Palestine. Katie will talk about being censored and fired by The Hill over a video monologue about Israel’s apartheid state and she will interview Miko about his book and the state of The Israeli occupation of Palestine. Katie has interviewed people like Noam Chomsky, Vijay Prashad, Bernie Sanders, Roger Waters, Gerald Horne, Julian Assange’s partner Stella Morris, Thomas Frank, Noura Erakat, Alexandria Ocasio Cortez, Daniel Ellsberg and more. Her writing has appeared in places like The Nation, The Guardian and New York Magazine.

This year marks the 10 year anniversary of the publication of Miko’s breakthrough memoir, The General’s Son: Journey of an Israeli in Palestine. The son of a decorated Israeli general, the grandson of a signatory to Israeli independence and the uncle of Smadar, a 13-year old young woman killed in a suicide bombing in Jerusalem, Miko has become a prophetic antizionist voice, repudiating the exclusivist Zionist settler-colonial project in the heart of whose traditions he himself had grown up. Release of his 2012 book launched Miko on another intriguing journey, one in which he built strong new ties with leaders and activists in the Palestinian-rights movement within historic Palestine and worldwide.

To mark this decennial, Just World Books has issued a new edition of  The General’s Son. Miko will be signing copies of the book which you can purchase at The People’s Forum.

This event will be held in-person and streamed on The Katie Halper Podcast YouTube channel.