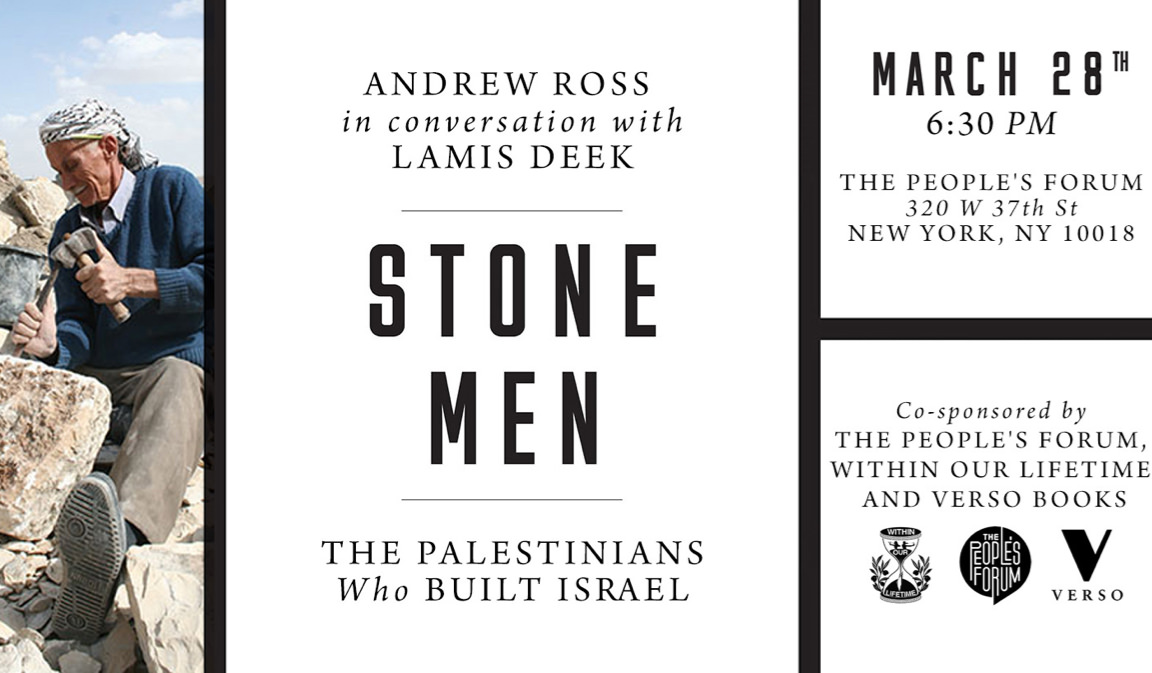 Join us for a discussion with  writer and journalist Andrew Ross, and activist and human rights attorney Lamis Deek. Ross’s forthcoming book, Stone Men: The Palestinians Who Built Israel, has been praised as “radical journalism at its best — and I mean Pulitzer-Prize-quality best” by Mike Davis. Vijay Prashad calls it “a refreshingly clear picture of the labour that it takes to produce and reproduce Israeli society and the Israeli occupation.”

Drawing on hundreds of interviews in Palestine and Israel, Ross’s engrossing, surprising, and gracefully written story of this fascinating ancient trade shows how the stones of Palestine, and Palestinian labour, have been used to build out the state of Israel — even while the industry is central to Palestinians’ own efforts to erect bulwarks against the Occupation.

Cosponsored by Verso Books and Within Our Lifetime- United for Palestine