Socialism vs. Barbarism: Understanding the New Cold War on China 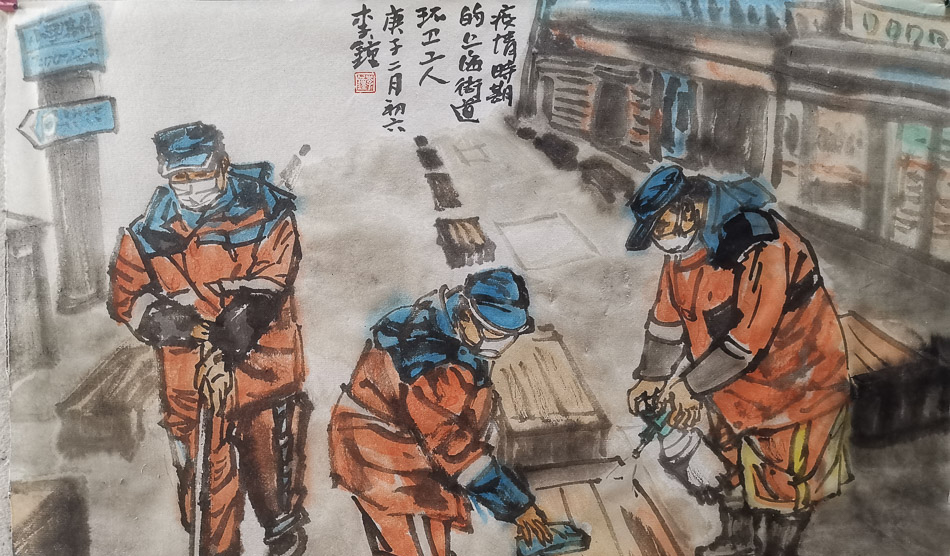 Image: 《疫情下的卫士》Warriors fighting against the epidemic. by Li Zhong. For more about the artist click here.

Socialism vs. Barbarism: Understanding the New Cold War on China. A class with the Qiao Collective.

For those enrolled in our summer course, this lecture falls under the study block POLITICAL ECONOMY.

In recent months, the U.S. has made a series of unprecedented breaks in its diplomatic relations with China. From the closure of the Houston Chinese consulate to White House statements decrying the Marxist-Leninist ideology of China’s ruling Communist Party, the U.S. seems intent on pushing a New Cold War agenda designed to derail China’s peaceful rise.

This class aims to address the oft raised questions regarding China—is China socialist, is China imperialist, and what should we do to challenge the United States’ push for war on China? This class will equip socialists and anti-imperialists with an analysis of U.S.-China relations within a longer history of U.S. imperialist aggression; the nature of socialism with Chinese characteristics; and China’s vision of multilateralism as an alternative to U.S. unilateralism.

Qiao (pronouned “chee-ow”) is a collective of Chinese leftists living in the diaspora. We aim to challenge U.S. aggression towards the People’s Republic of China and serve as a bridge between the U.S. left, particularly the Chinese diaspora left, and China’s rich Marxist, anti-imperialist historical and contemporary political work and thought.

RSVP BELOW TO RECEIVE THE ZOOM LINK!