TEACH IN: Slave Rebellions and Abolition in the Americas 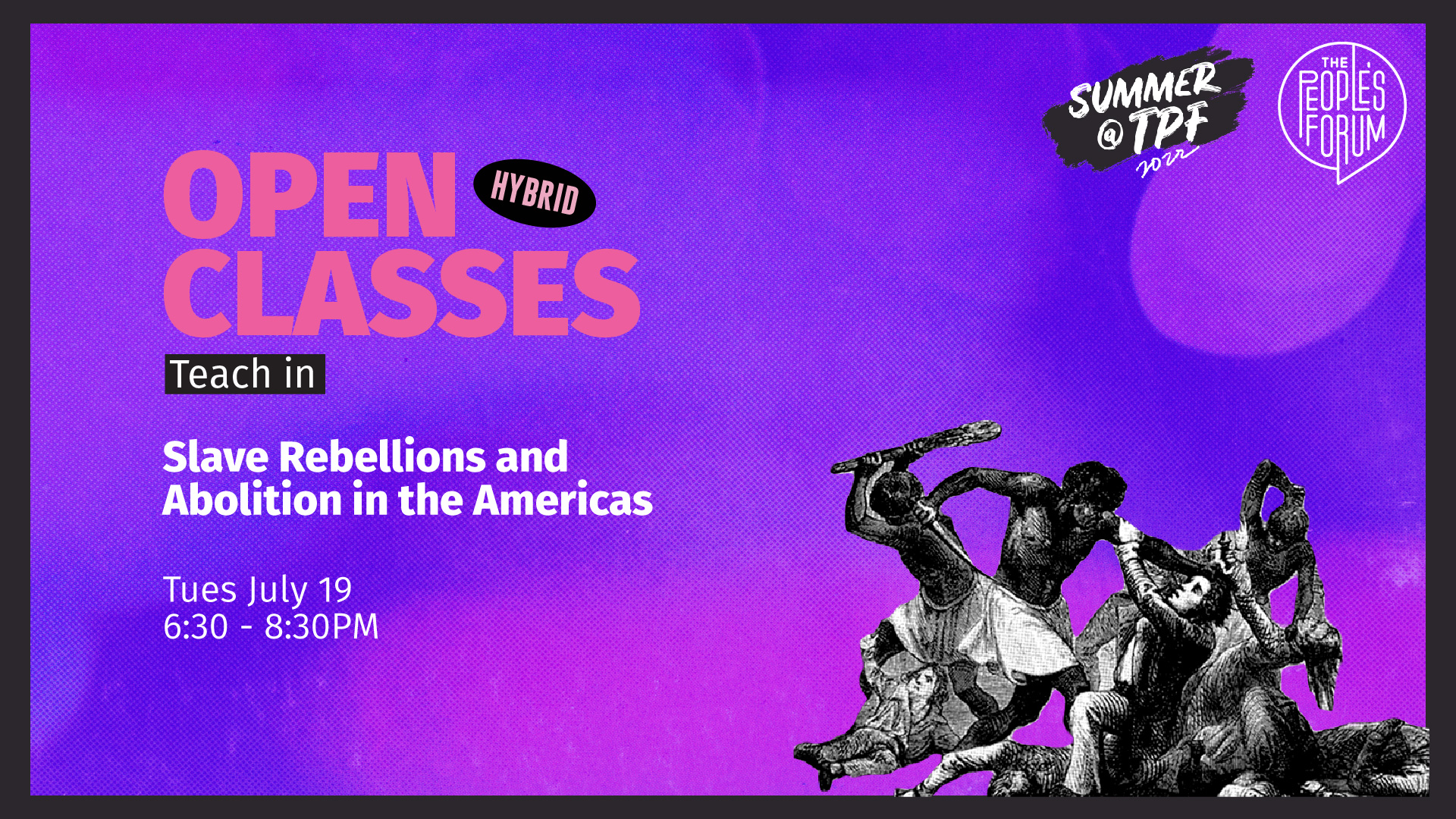 From the 1500’s until the Civil War in the U.S. the Americas were rocked by dozens of major slave revolts. From Nat Turner’s revolt in Virginia, the Male Rebellion in Brazil, and Tacky’s War in Jamaica, enslaved populations creatively and tenaciously resisted the brutality of the mass forced labor that underpinned the rise of capitalism. In this class we will explore the history of the many rebellions of enslaved workers and the cultures of resistance that emerged from people brutally ensnared by the slave trade.

SUMMER @ TPF
Come join us for a summer of study, with workshops, teach-ins, lectures, and much more📚. Open classes is a series of hybrid courses and you can join in both in-person and online.