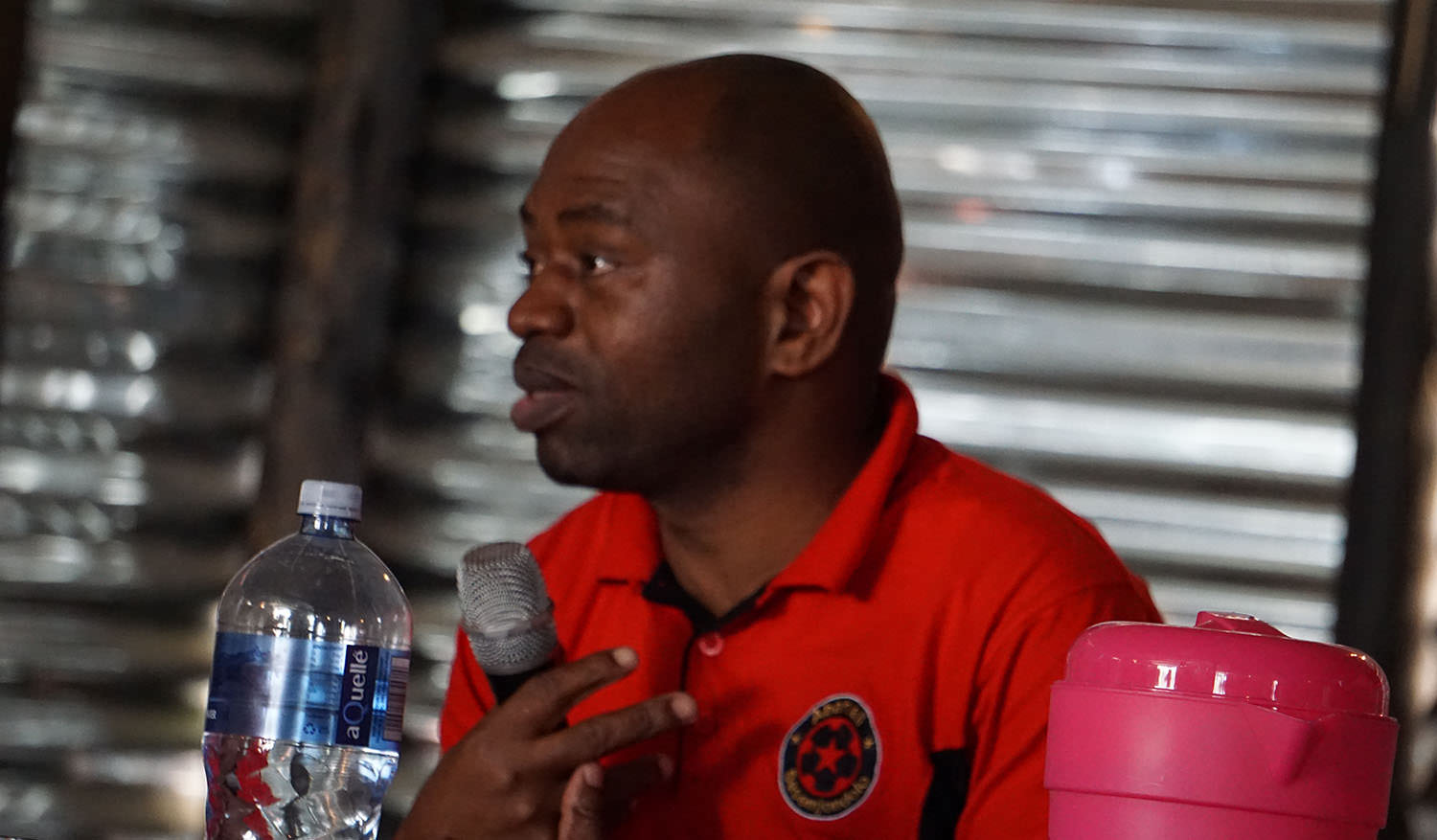 S’bu Zikode is president, and a founding member, of Abahlali baseMjondolo (Facebook), a social movement of people living in the shacks (informal settlements) of South Africa’s major cities. A son of a single mother who was a domestic worker, 43-year-old Zikode is a dedicated husband and father, as well as a widely respected social movement leader and human rights defender.

S’bu Zikode will highlight the contradictions in today’s South Africa and the shackdwellers’ struggle to realize human rights and live in dignity. Since July there has been heightened attacks and threats against the leadership of members of the movement, including an assassination attempt on S’bu. His remarks will share insights from Abahlali’s living politic regarding the forces that perpetuate impoverishment, structural violence and impunity and will seek to draw some connections with the struggles of the poor and marginalized in the US and around the world.

The Abahlali movement, which now has more than 50,000 paid up members and another 25,000 in the process of joining, has been a powerful voice claiming rights to housing, land and essential services. The movement began in Durban in 2005 in the Kennedy Road settlement where Zikode lived at the time. Since its inception, Abahlali baseMjondolo has consistently called for “urban planning from below,” foregrounding human dignity over profit and holding elected officials accountable for fulfilling their obligation to the country’s poor.

A fundamentally democratic movement, Abahlali has challenged powerful forces: exposing corruption and abuse of power in the allocation of affordable housing and entrenched patterns of political patronage. As a result, the movement has faced brutal repression.