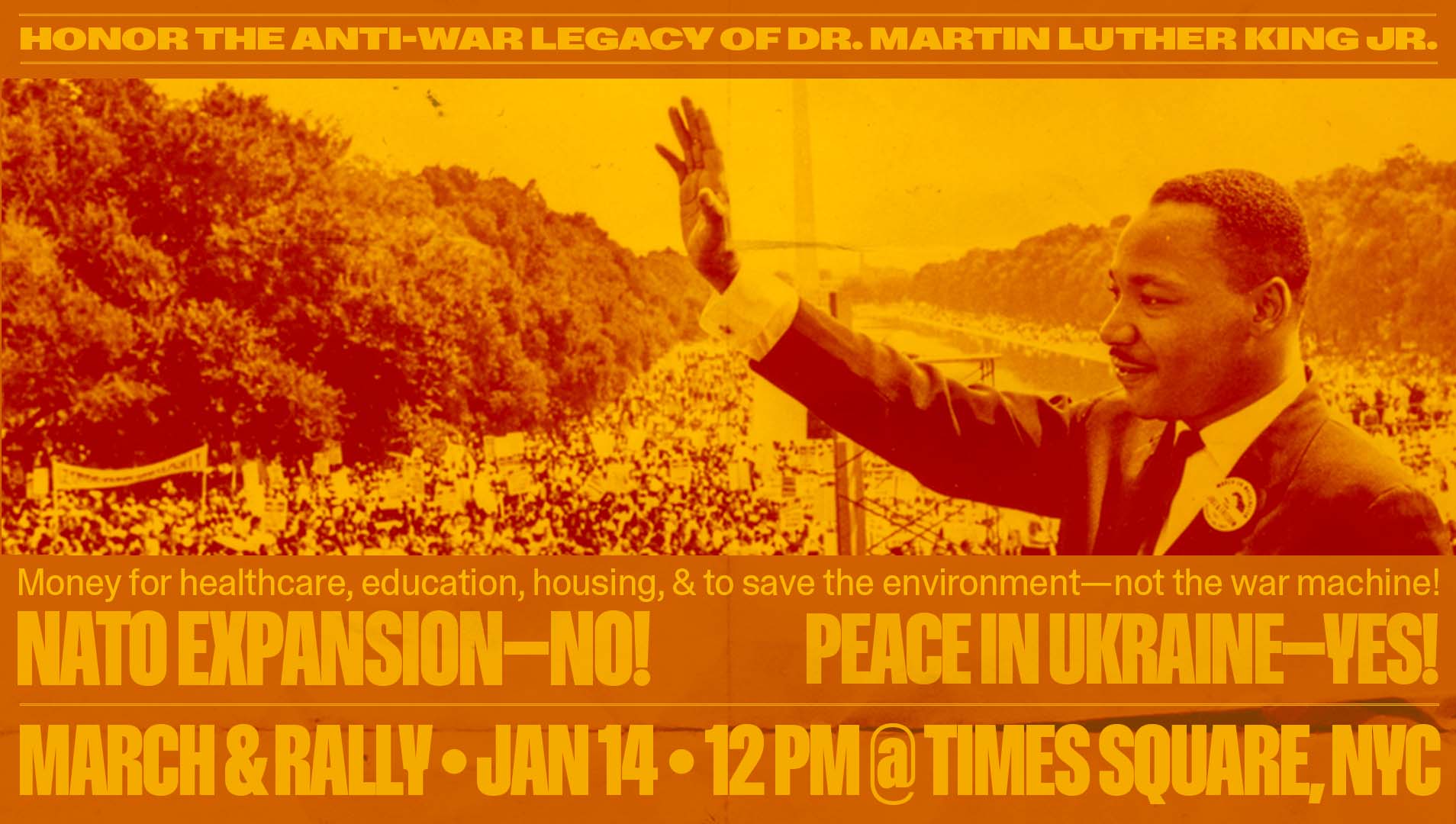 On November 19, the ANSWER Coalition and The People’s Forum hosted a major standing room-only event in New York City focused on the Ukraine conflict under the theme “The Path to Peace in Ukraine”. More than 20,000 people watched the event online. Noam Chomsky, Vijay Prashad and Jill Stein were among the speakers who called for an end to NATO expansion and insisted that the U.S. government reverse its policy of escalation and ever-increasing militarism and war spending.

Now we want to invite you to another major action for peace and justice.

On Saturday, January 14, in conjunction with the Dr. Martin Luther King, Jr. holiday weekend, we are building another major event in New York City that will begin with a rally noon in Times Square followed by a march and an indoor rally/teach-in.

People from all over the region will be converging on Times Square in midtown Manhattan to honor the true anti-war legacy of Dr. King. In the last year of his life, before an assassin’s bullet took him, Dr. King was organizing all around the country against what he described as the “Three Evils” of our society: militarism, racism and poverty. Honoring Dr. King in a meaningful way means to build an ever stronger movement for peace and against social and economic injustice. This must include using society’s vast resources to fund healthcare, housing, education and to save the environment – rather than the bloated war machine.

We invite you to join us in person on Saturday, January 14. If you are associated with an organization your group can become an endorser and if you can’t make it to New York that day you can show support by making an urgently needed tax-deductible donation to our ongoing efforts.

Let’s work and build together for a peaceful tomorrow in Ukraine – and everywhere!

This action was initiated by the ANSWER Coalition and The People’s Forum, and is endorsed by: