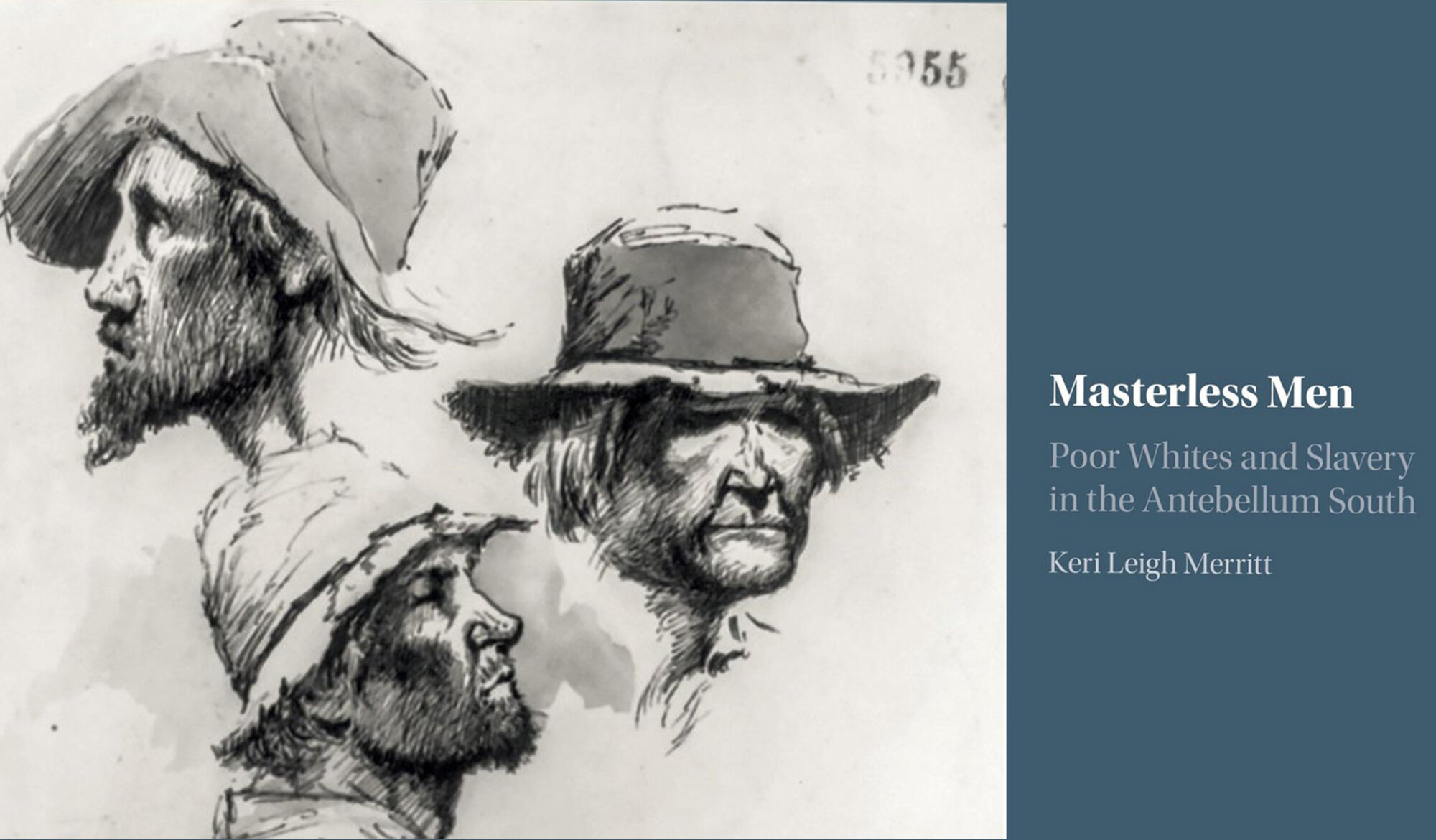 In her recent book Masterless Men: Poor Whites and Slavery in the Antebellum South, Keri Leigh Merritt reveals what happens to excess workers when a capitalist system is predicated on slave labor. With the rising global demand for cotton – and thus, slaves – in the 1840s and 1850s, the need for white laborers in the American South was drastically reduced, creating a large underclass who were unemployed or underemployed. These poor whites could not compete – for jobs or living wages – with profitable slave labor. Though impoverished whites were never subjected to the daily violence and degrading humiliations of racial slavery, they did suffer tangible socio-economic consequences as a result of living in a slave society. Merritt examines how these ‘masterless’ men and women threatened the existing Southern hierarchy and ultimately helped push Southern slaveholders toward secession and civil war.

Author Keri Leigh Merrit will be joined in discussion with professor and historian Rhae Lynn Barnes.