Make the land Proud: India’s Peasant Struggles and the 2019 election 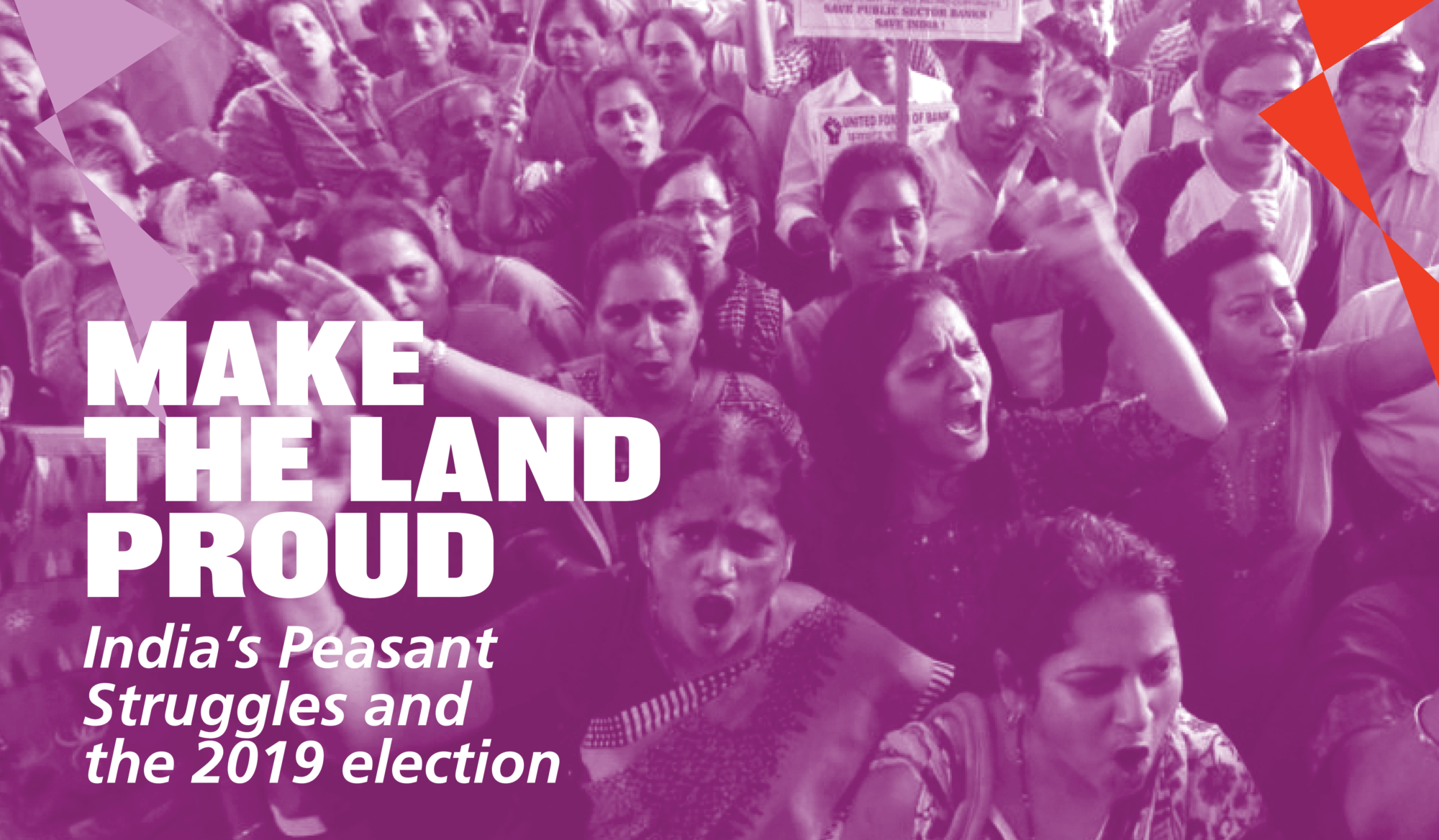 Earlier this year more than 160 million peasants and workers went on strike in India.  In the last few years, India has seen an upsurge of peasant struggles across the country as the Indian politics have moved to the far right under Modi’s rule.

This has been one of the largest general strikes in the world. The workers, exhausted by almost three decades of neoliberal policies and by the attack on their rights, came onto the streets to make their case for better livelihoods and workplace democracy.

Because of India’s government policies, agrarian distress is acute: An average of 12,000 farmers committed suicide every year of this government’s rule.

Join us on Sunday, May 5th for a dialogue with V. Srinivasa Rao, one of  leaders of the All India Peasants Union. Rao is an Indian Communist leader. He has been a leader of the Student Federation of India, of the Democratic Youth Federation of India, the All-India Kisan Sabha, the Dalit Shoshan Mukti Manch and the Free Software Movement. He was the editor of Prajashakti. VSR, as he is known, led the resistance of farmers and agricultural workers against Monsanto’s introduction of the terminate seeds, he led the fight against the World Bank and IMF driven electricity reforms in the 1990s and 2000s and is a leader in the fight for the emancipation of oppressed castes.