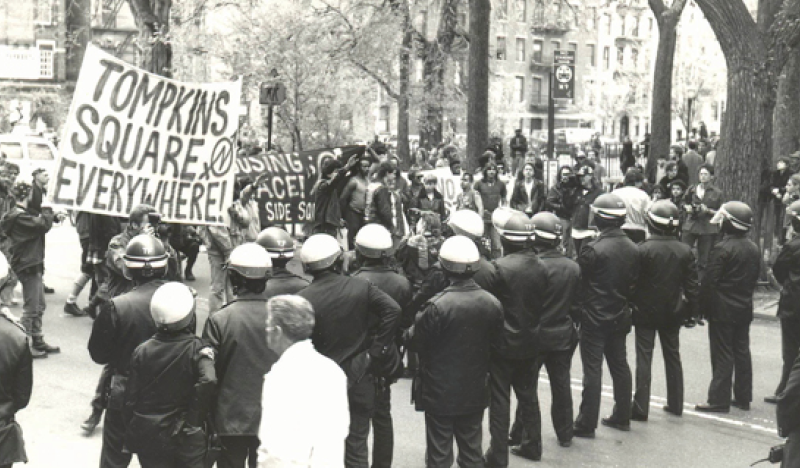 Content: It’s been 30 years since the Tompkins Square Park “riot,” and the story of how homeless individuals and families organized and built a formidable political force in the 80’s and 90’s is still misunderstood and understudied.

This course is an introduction to the National Union of the Homeless (NUH) – an organization led by homeless individuals and families which was active from the mid-80’s to the early 90’s, and came to include some of the key leaders of the Tompkins Square Park encampment. At its height, the NUH had over 25,000 members in over 20 cities, and led coordinated campaigns to takeover empty HUD housing and demand it be turned over to homeless families to live in. The instructors were all active leaders in the NUH and its affiliated student organization, Empty the Shelters. The course will cover the context for the rise of the NUH, the history of the movement, lessons from its successes and failures, and the organizing approach it helped to define – “the poor organizing the poor.”