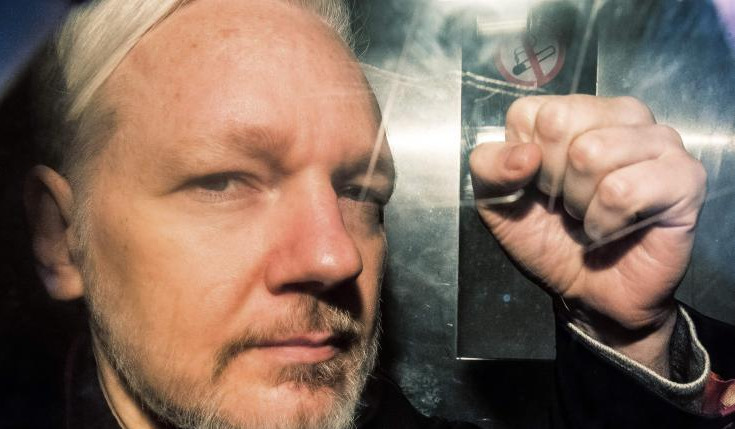 On April 11th, Julian Assange was taken forcefully out of the Ecuadorian embassy. Hours later the US government issued their indictment against Assange and requested his extradition to the US. The very same day Ola Bini, a Swedish software developer that works with movements around the world, was arrested in Ecuador for allegedly assisting Julian Assange.

Almost two years after being freed, Chelsea Manning, the American hero that risked her life and released classified documents showing war crimes committed by the US government, was jailed once again, this time for refusing to answer questions before a grand jury about WikiLeaks and its founder.

These three cases may be different but represent an attack on civil liberties, privacy and anyone who dare release information that damages powerful governments and interests.

These cases set a dangerous precedent not only for journalists but to organizers around the world fighting against the injustices of their governments.

Join us on May 14th, for a teach-in on whistleblowers, freedom of the press, privacy and its implications for organizers and the movement.

John Kiriakou (via skype): John Kiriakou is a former CIA officer, former senior investigator for the Senate Foreign Relations Committee, and former counterterrorism consultant for ABC News. He was responsible for the capture in Pakistan in 2002 of Abu Zubaydah, then believed to be the third-ranking official in al-Qaeda. In 2007, Kiriakou blew the whistle on the CIA’s torture program, telling ABC News that the CIA tortured prisoners, that torture was official U.S. government policy, and that the policy had been approved by then-President George W. Bush. He became the sixth whistleblower indicted by the Obama administration under the Espionage Act — a law designed to punish spies. He served 23 months in prison as a result of the revelation.

Abi Hassen: Abi Hassen (he) is a criminal defense attorney, technologist, and co-founder of the Black Movement-Law Project. He was formerly the Mass Defense Coordinator at the National Lawyers Guild and a union and community organizer. Mr. Hassen has an undergraduate degree in Computer Science from The Evergreen State College where he studied cognitive science and robotics, and a J.D. from NYU School of Law. Since law school, he has worked with lawyers, unions, and other organizations focused on law, technology, organizing, local elections, and building community legal infrastructure. Mr. Hassen conducts trainings, speaks, and writes on the intersection of law, technology, and politics. You can (attempt to) find him on twitter @abihassen. His podcast, Against the Law is available at http://againstthelaw.info