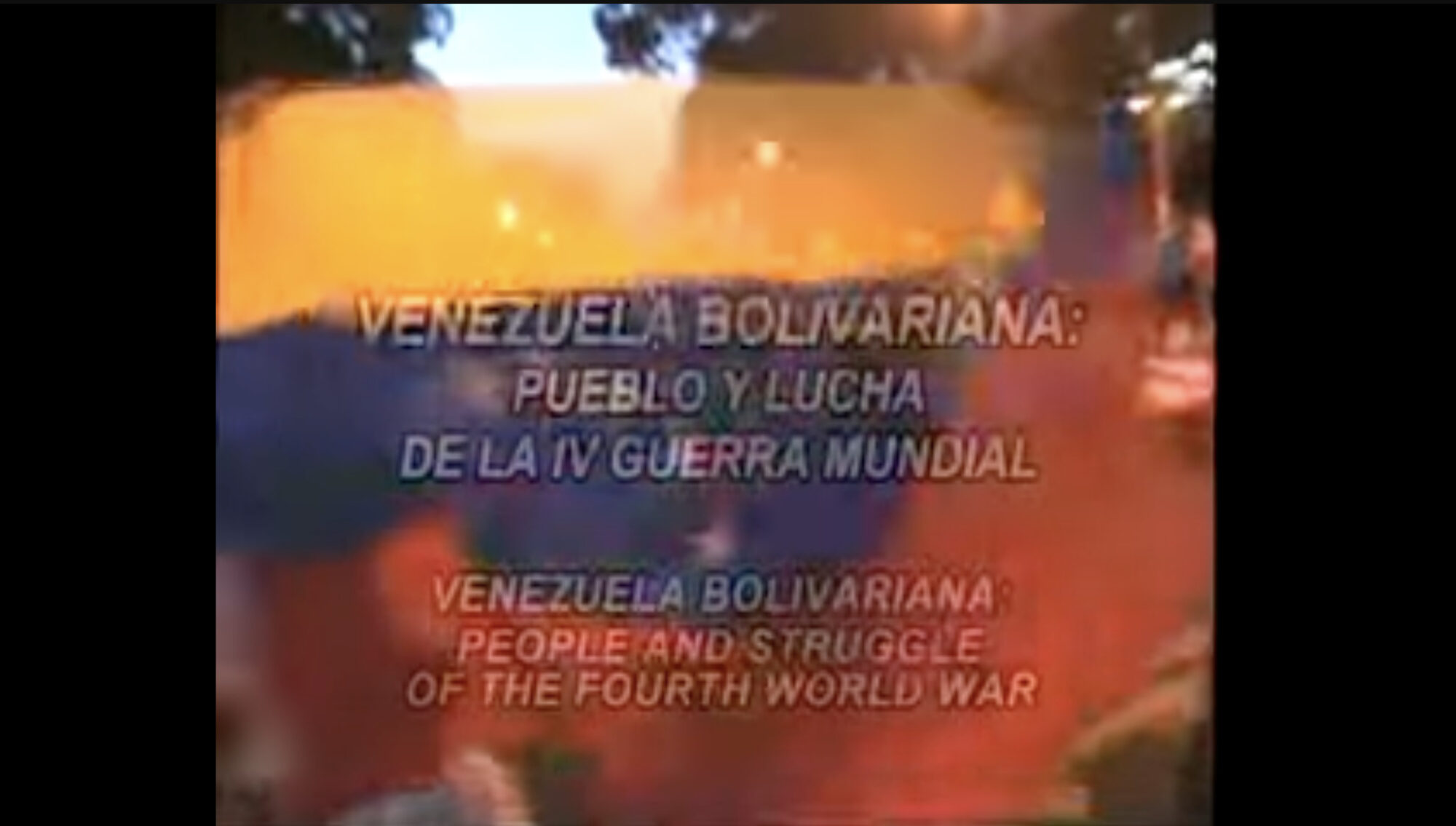 Venezuela Bolivariana: Pueblo y lucha de la IV Guerra Mundial, or People and Struggle of the Fourth World War, is a feature-length documentary that depicts the Venezuelan people’s struggle to build their country and their many victories despite imperialist aggression. It has been invited as an official selection to film festivals in five continents, including the International Documentary Film Festival of Amsterdam (IDFA), the Three-Continent Film Festival of South Africa, the Seoul International Labor Film Festival (South Korea), the OVNI Film Festival of Barcelona (Catalonia/Spain), and others. It was produced by director Marcelo José Andrade Arreaza.