FILM SCREENING: THE HOUR OF LIBERATION HAS ARRIVED (1974) 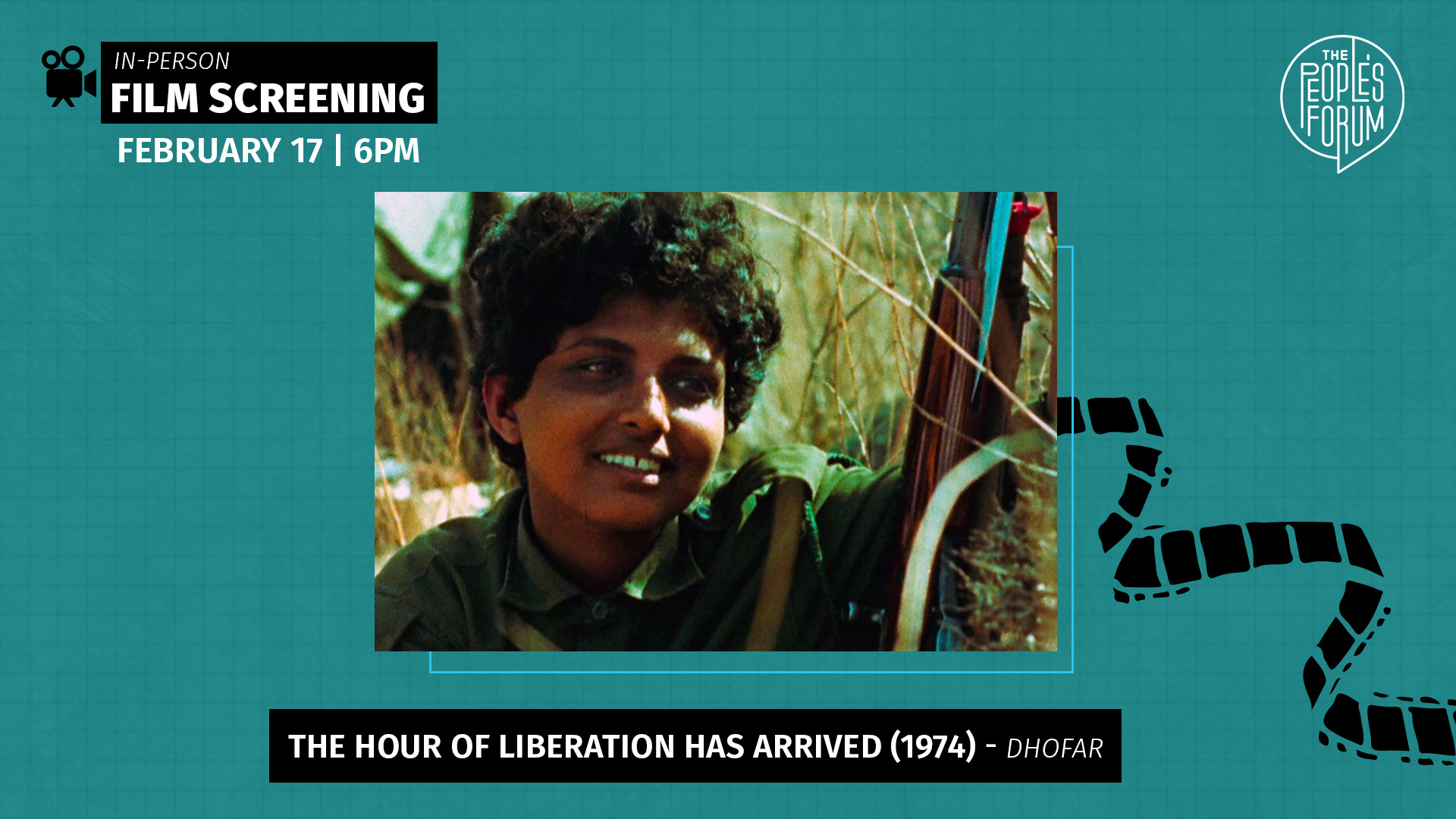 The People’s Forum is your alternative cinema for 2022! Join us every Thursday evening to watch a film on national liberation, revolutionary history, and working class struggle! For our film on Feb. 17th from 6:00 to 8:00pm EST, we will be screening The Hour of Liberation Has Arrived, directed by Heiny Srour! The Hour of Liberation Has Arrived was the first film by an Arab woman to screen at Cannes, where it was nominated for four awards.

For this film, we will be hosting a discussion after for attendees to reflect on the movie and continue learning with your fellow audience members.

ABOUT “THE HOUR OF LIBERATION HAS ARRIVED”

In the late ‘60s, Dhofar rose up against the British-backed Sultanate of Oman, in a democratic, feminist guerrilla movement. Heiny Srour and her team crossed 500 miles of desert and mountains by foot, under bombardment by the British Royal Air Force, to reach the conflict zone and capture this rare record of a now mostly-forgotten war. The People’s Liberation Army— barefoot, without rank or salary— freed a third of the territory, while undertaking a vast program of social reforms and infrastructure projects— schools, farms, hospitals, and roads were built, while illiterate teenage shepherdesses became more forceful feminists than Simone de Beauvoir or Germaine Greer, and 8-year-old school children learned to practice democracy with more maturity than so many adults. Beirut-born Srour was a student of both Marxist sociologist Maxime Rodinson and Jean Rouch.

HOUR OF LIBERATION HAS ARRIVED – Trailer from Ghina Hachicho on Vimeo.