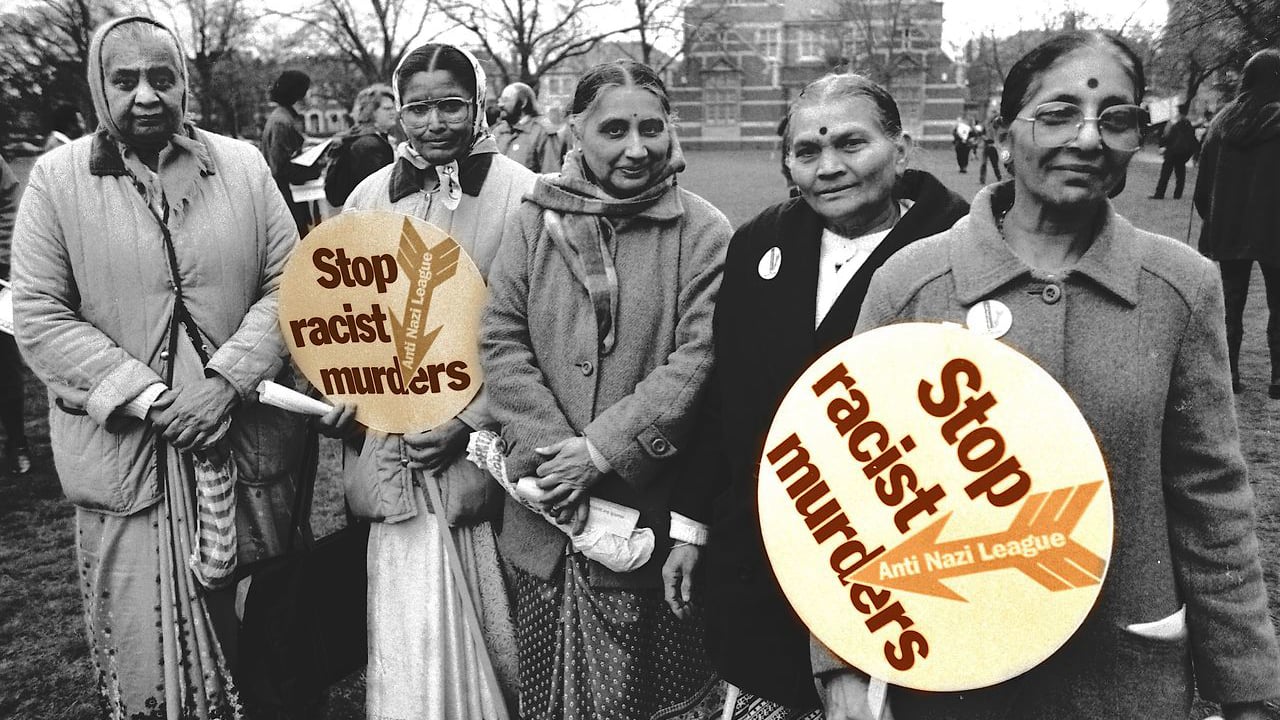 Join us for an in-person film screening of the documentary, “From Cable Street to Brick Lane.” The film will be introduced by the film’s executive producer and local campaigner Glyn Robbins, currently in NYC as a Fulbright Scholar. The screening will be followed by a short discussion and Q&A.

October 4th marks the 85th anniversary of the Battle of Cable Street, a seminal moment in British labor movement history and the international anti-fascist movement.

“From Cable Street to Brick Lane”, by Hazuan Hashim and Phil Maxwell (74 mins), presents archive footage and interviews with people who were there and charts the anti-racist tradition of the East End of London, a rapidly changing area with its communities currently battling displacement and gentrification. The film explores how different communities came together in the 1930’s, 1970’s and 1990’s to challenge racism and intolerance.