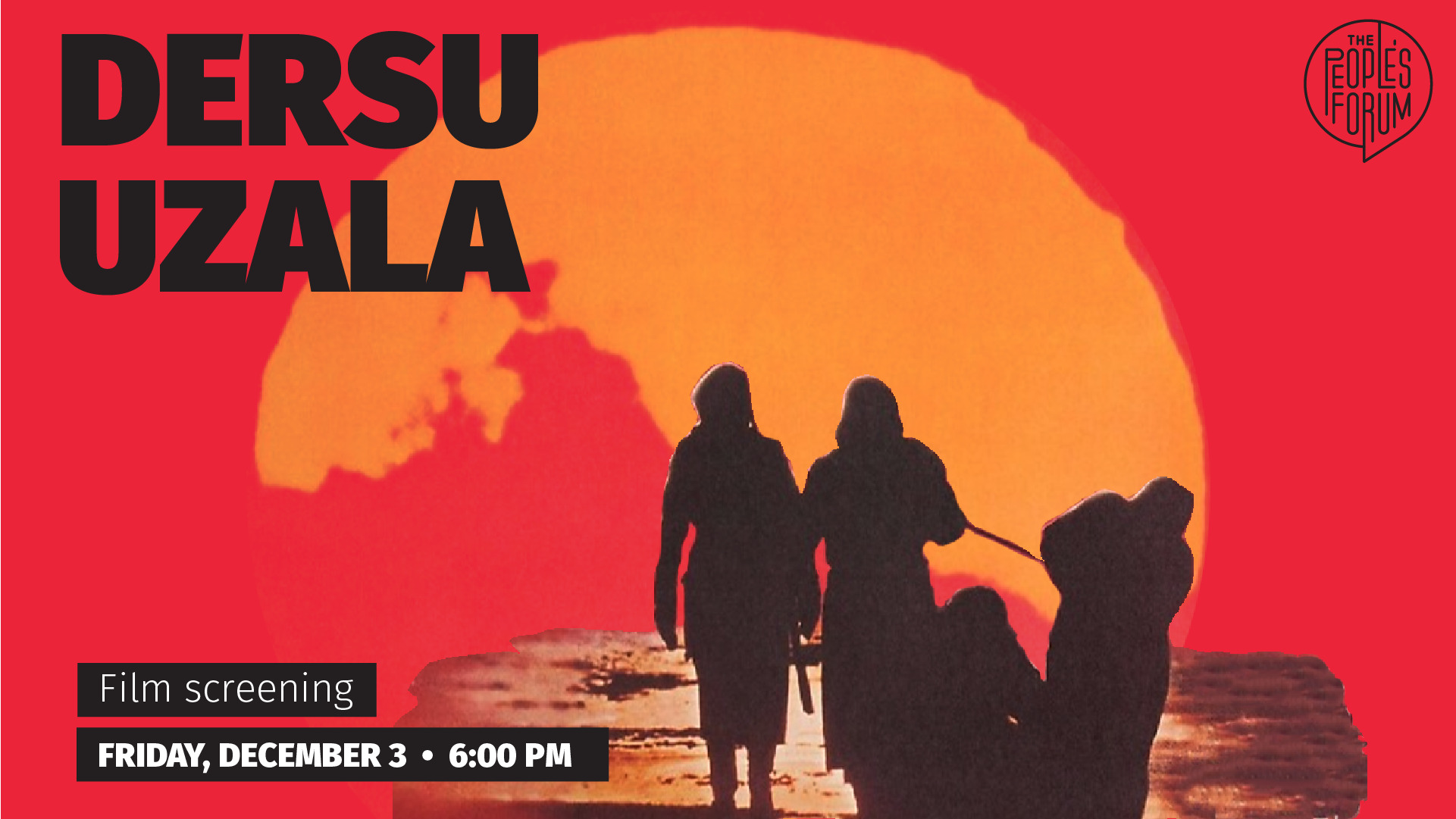 Join us on Friday, December 3rd, from 6:00 to 8:30pm EDT for a screening of Dersu Uzala, a Soviet-Japanese film by renowned director, Akira Kurosawa, his only non-Japanese-language film and his only 70mm film. The movie is based on The film is based on the 1923 memoir “Dersu Uzala” (which was named after the native trapper) by Russian explorer Vladimir Arsenyev, about his exploration of the Sikhote-Alin region of the Russian Far East over the course of multiple expeditions in the early 20th century.

Akira Kurosawa accepted a Soviet invitation to direct a film version of a non-fiction work he’d loved in his youth, and back in the 1940s he had planned a Japanese version that was aborted, partly due to unsuitable locations but mainly because its themes were in conflict with Japanese militarism. Published in 1923, the book is a memoir by the Russian army engineer Captain Vladimir Arsenyev about his friendship with a nomadic hunter, Dersu Uzala, of the remote Nanai tribe, known at the time as the Goldi people. Uzala twice saved Arsenyev’s life while acting as a guide to his surveying expedition in remote eastern Siberia during the first years of the 20th century, the first time in a blizzard, the second after an accident on a raft in a fast-flowing river.