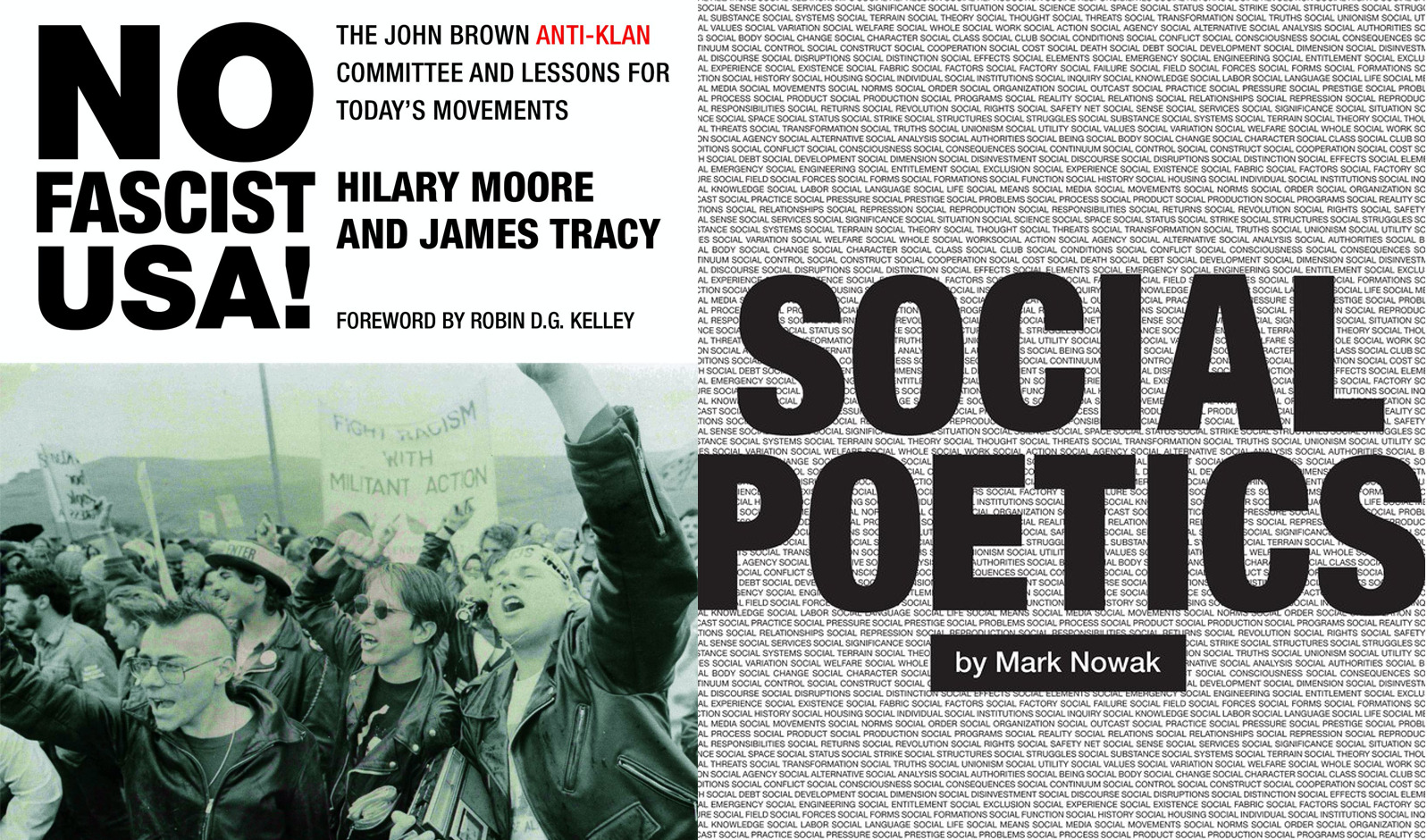 Join us on April 4 for a writing workshop followed by two book launches! ** Please specify if you will be attending the workshop on the registration form.  Seats are limited.

The Worker Writers School invites you to participate in a free poetry workshop with members of Domestic Workers United, New York Taxi Workers Alliance, Damayan Migrant Workers Association, Retail Action Project, and other groups. The workshop is open to members of local trade unions, worker centers, and other workers interested in learning more about organizing their places of work. NOTE: Pre-registration is required for this free workshop.

No Fascist USA! tells the story of the John Brown Anti-Klan Committee,whose efforts throughout the 1980s––which included exposing white supremacists in public office, confronting neo-Nazis in street protests, supporting movements for self-determination, and engagement with the underground punk scene––laid the groundwork for many anti-racist efforts to emerge since. Co-authors Hilary Moore and James Tracy will discuss the book along with former members of JBAKC, TBA.

Social Poetics documents the imaginative militancy and emergent solidarities of a new, insurgent working class poetry community rising up across the globe. Part autobiography, part literary criticism, part Marxist theory, Social Poeticspresents a people’s history of the poetry workshop from the founding director of the Worker Writers School. Nowak illustrates not just what poetry means, but what it does to and for people outside traditional literary spaces, from taxi drivers to street vendors to other workers of the world. Nowak will be joined by Joy James and Kazembe Balangun in a conversation about the book.