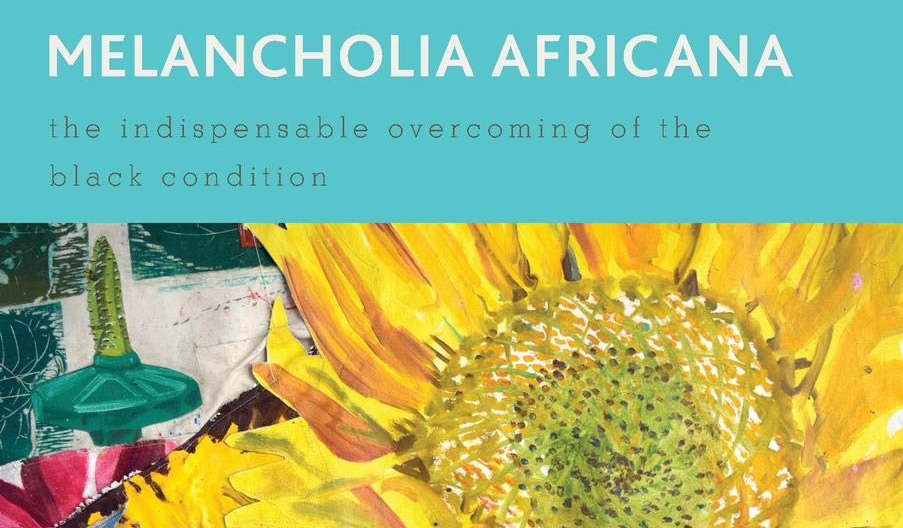 This year marks the publication of the English translation of Nathalie Etoke’s Melancholia Africana: The Indispensable Overcoming of the Black Condition. In richly poetic prose Etoke considers pain singing the happiness to come, memories of forgetting, and, on va faire comment? She argues that Africana melancholy is distinct. Rooted in collective and historical experiences of enslavement, colonization, and neocolonialism marked by loss of land, freedom, language, culture, and self. Put differently, expropriation of labor and of land also annihilated age-old cycles of life. Considering what to do in the wake of such annihilation, Etoke explores how diasporic Africans reconcile that which has been destroyed with what is newly introduced, framing this inherent tension as the character of Africana historical becoming. At this event, Etoke will read from and speak about her newly translated work while Lewis R. Gordon, who authored its new foreword, and Souleymane Bachir Diagne will address the continued relevance of its searching diagnoses.

Lewis R. Gordon co-edits Rowman & Littlefield International’s Global Critical Caribbean Thought series. He is Professor of Philosophy at UCONN-Storrs; Honorary President of the Global Center for Advanced Studies; the 2018–2019 Boaventura de Sousa Santos Chair in Faculty of Economics of the University of Coimbra, Portugal; and Chair of Global Collaborations for the Caribbean Philosophical Association. His public Facebook page is: https://www.facebook.com/LewisGordonPhilosopher/ and he is on Twitter @lewgord.

Souleymane Bachir Diagne is Professor and Chair of French and Romance Philology at Columbia University and recipient of the Edouard Glissant Prize. He is the author of Boole, l’oiseau de nuit en plein jour (a book on Boolean algebra); Islam and the Open Society: Fidelity and Movement in the Philosophy of Muhammad Iqbal; African Art as Philosophy: Senghor, Bergson, and the Idea of Negritude; The Ink of the Scholars: Reflections on Philosophy in Africa; and Open to Reason: Muslim Philosophers in Conversation with Western Tradition. An English version of his book, Bergson postcolonial: L’élan vital dans la pensée de Senghor et de Mohamed Iqbal, which was awarded the Dagnan-Bouveret prize by the French Academy of Moral and Political Sciences for 2011, is forthcoming with Fordham University Press.

Sliding Scale.  No one turned away for lack of funds.  Register here.