Autoethnography of a Palestinian Anthropologist 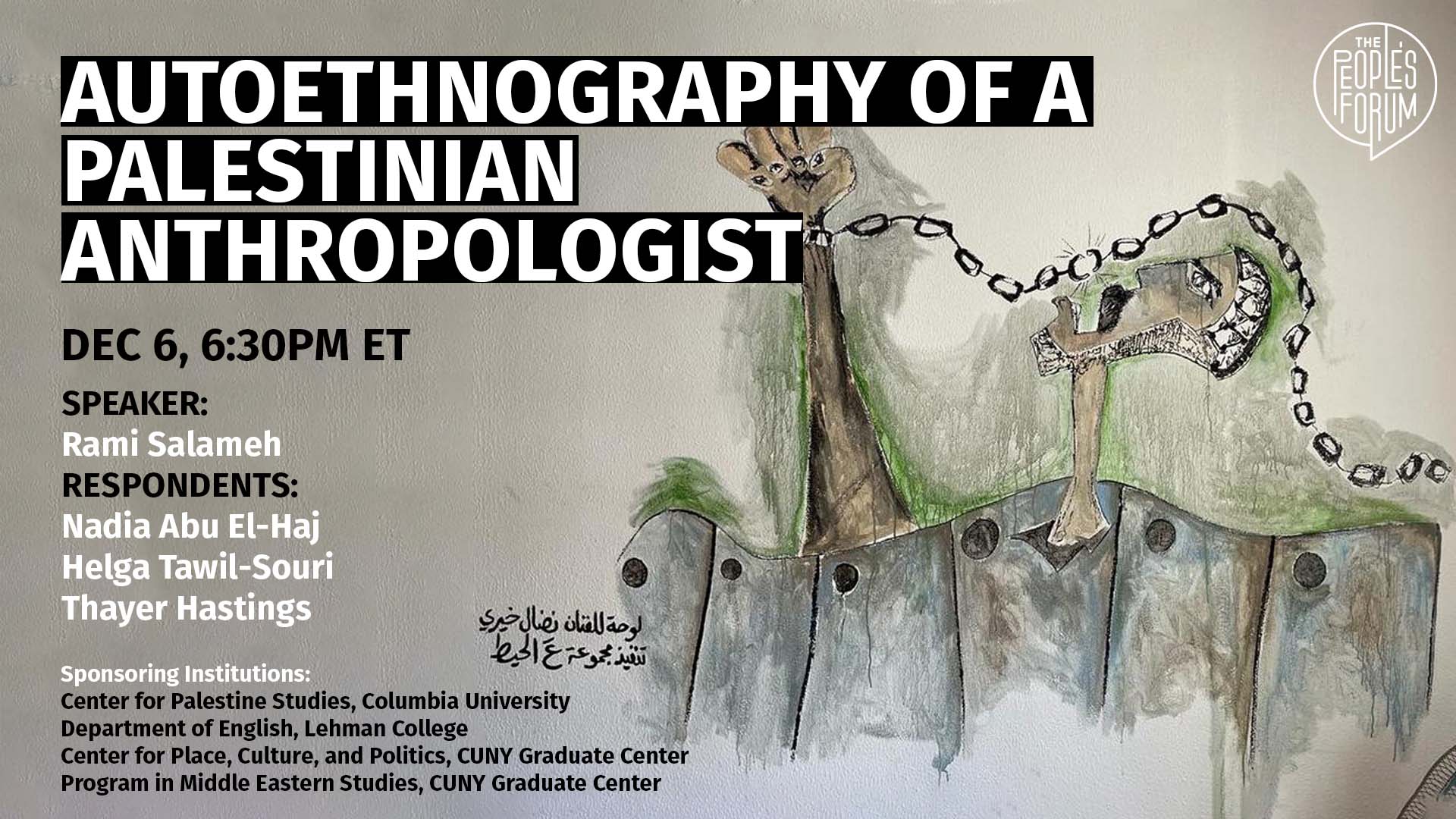 This talk will discuss the experience of teaching and writing in a settler-colonial context, of being an anthropology lecturer and a colonized subject at the same time. In this context, violence is an integral part of everyday life and a formative aspect of every professor’s (and student’s) subjectivity. This talk reflects on the concepts of life, knowledge, and death that have emerged in these conditions.

Rami Salameh is Assistant Professor in, and Chair of, the Department of Philosophy and Cultural Studies, as well as the Director of the Program in Contemporary Arab Studies, at Birzeit University. He received his Ph.D. in Anthropology from the Graduate Institute, Geneva. His scholarship concerns Palestinian self-understanding; the project of articulating a distinctly Palestinian anthropology; children’s experience of violence in Palestinian refugee camps; and Palestinian higher education under occupation.

Nadia Abu El-Haj is Ann Whitney Olin Professor in the Departments of Anthropology at Barnard College and Columbia University, Co-Director of the Center for Palestine Studies at Columbia, and Vice President and Vice Chair of the Board at The Institute for Palestine Studies in Washington DC. She has published two books: Facts on the Ground: Archaeological Practice and Territorial Self-Fashioning in Israeli Society (2001), which won the Albert Hourani Annual Book Award from the Middle East Studies Association in 2002, and The Genealogical Science: The Search for Jewish Origins and the Politics of Epistemology (2012).

Helga Tawil-Souri is Associate Professor in the Departments of Media, Culture, and Communication, where she is the Director of Graduate Studies, and of Middle East and Islamic Studies at New York University. She is co-editor of the 2016 book Gaza as Metaphor and is currently working on another volume on new Palestinian visual spaces. She has published essays on Palestinian cinema, television, video games and popular culture; telecommunications and internet infrastructure in the Palestinian Territories; and cultural/territorial politics, checkpoints, identification cards, and surveillance in Palestine-Israel.

Thayer Hastings is a doctoral candidate at the City University of New York (CUNY) Graduate Center, where he studies the political anthropology of the Arab world, and holds an M.A. from the Georgetown University Center for Contemporary Arab Studies.