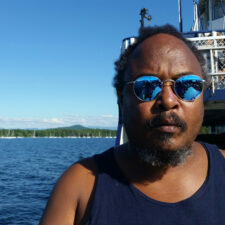 Saxophonist, educator, and organizer Ras Moshe Burnett is a Brooklyn NY native and recent graduate of a SUNY degree program in music studies at Empire State College.
He is the organizer of the “Music Now!” series formed in 1999 and a member of the Neues Kabarett collective, both at The Brecht Forum in NYC.
The “Music Now” panel discussions and presentations of free jazz and new music have continued to take place at The Brooklyn Commons since 2011 and also serve as a platform for political education.
He initiated the first in a series of “Jazz and Self Determination” panel discussions at The Left Forum in 2018, contributed materials to the “Lost Jazz Shrines of Brooklyn” exhibit at Weeksville Heritage Center, and lectured about Jazz and social movements at The Boston Museum of Fine Arts and Brecht Forum.

Past Classes with Ras Moshe 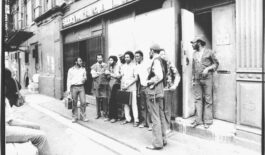 JAZZ AND SELF DETERMINATION

This will be the sixth edition of the "Jazz and Self Determination" series where the primaries converse about the synthesis of jazz and socio political activity.
Event Categories:
Classes, Culture, Education, Panel Discussions, Performances 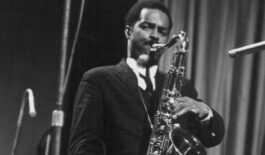 Be sure to attend the next installment of “Jazz and Self Determination”, a regular series where the primaries define the narrative concerning the social and artistic components of Jazz. A special emphasis is on the “free jazz’ revolution of the 1960’s.
Event Categories:
Classes, Culture, Education, Panel Discussions 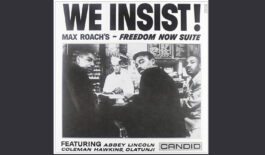 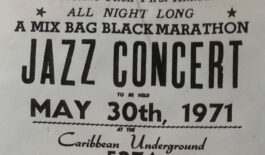 Jazz and Self Determination