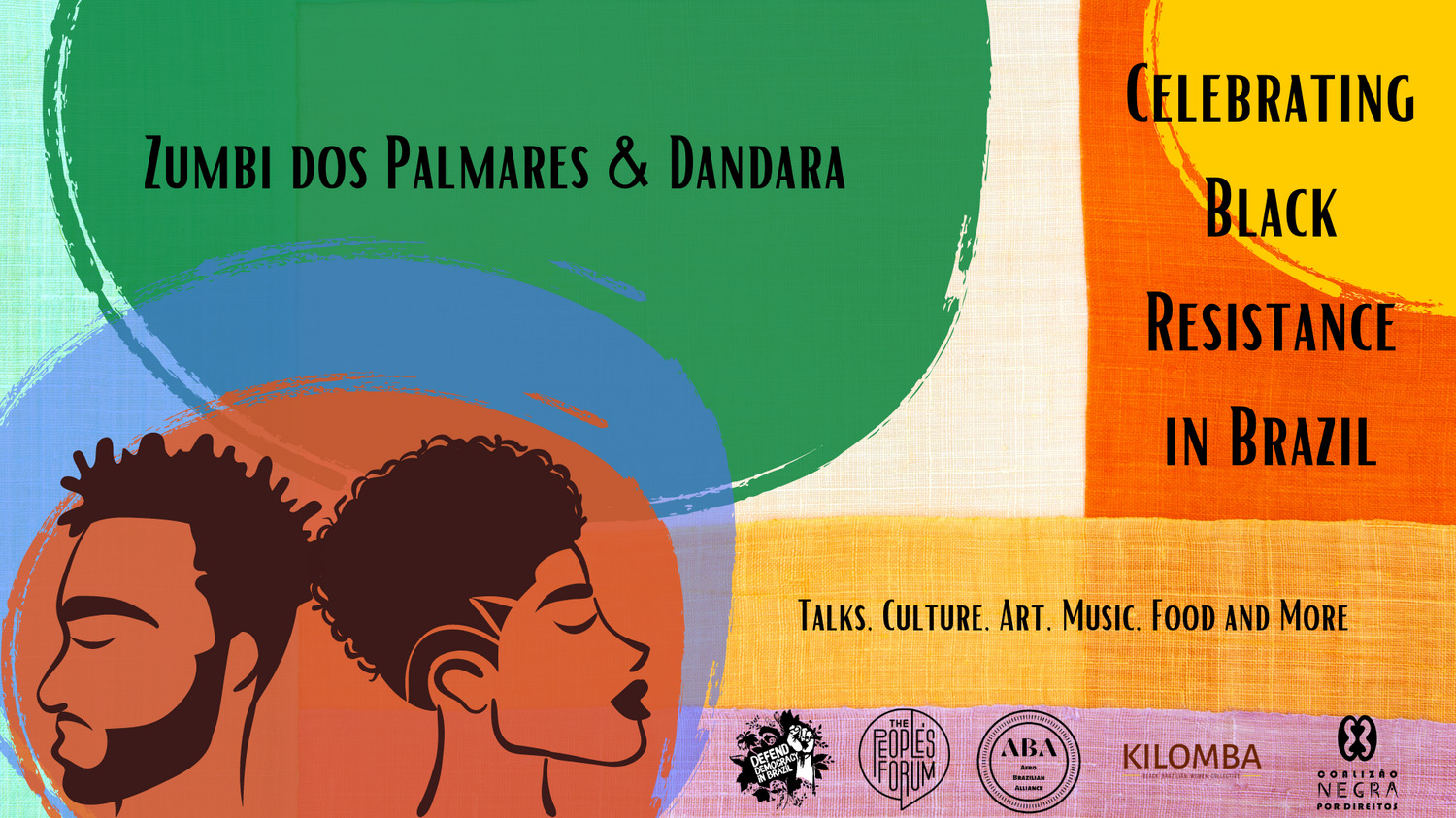 Come celebrate Brazilian Black Consciousness Day with us. Learn about Afro-Brazilian culture through talks about the history of the black struggle, and the current political landscape, food, music, dance, art, and more! In-person and livestreamed on The People’s Forum YouTube channel.

November 20th in Brazil is a celebration of those who fought for equality and freedom for the Afro-Brazilian community, honoring Zumbi dos Palmares and Dandara. The date was set to empower the black community and raise awareness against racial injustice, police brutality and systemic racism in Brazil.

Organized by the Brazilian Black Coalition for Rights and the Defend Democracy in Brazil Committee in New York with support from The People’s Forum, Afropress, Afro Brazilian Alliance and Kilomba Collective.

Followed by a march and protest in Times Square (4PM) against President Bolsonaro in solidarity with the black movement in Brazil.