The War on Cuba | Screening with Belly of the Beast 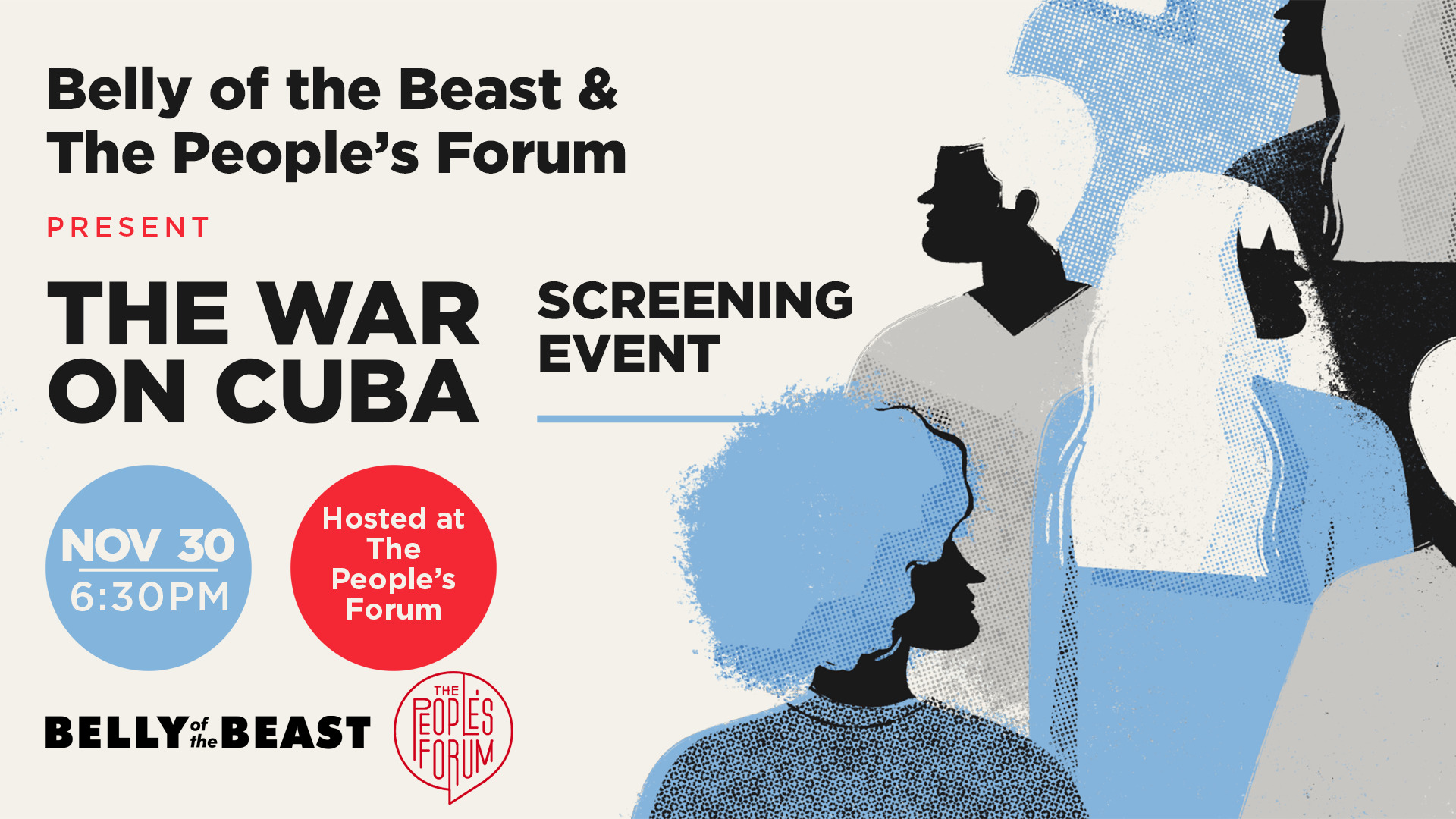 Join us for an in-person screening, followed by a Q&A/discussion with Belly of the Beast! RSVP below.

The award-winning film media company, Belly of the Beast, is back with season two of The War on Cuba.

From Havana syndrome to increased sanctions during a global pandemic, the Biden administration has taken the torch to continue the economic war on the Cuban people. The series uncovers the truth behind the mysterious health incidents known as the “Havana Syndrome,” examines the driving forces behind Cuba’s unprecedented July 11 protests and reveals the political interests that pushed Biden to flip-flop on Cuba policy.

Hosted by Cuban journalist, Liz Olivia Fernández, we are guided through the complex, untold reality of Cuba through the eyes of its citizens who, no matter their political beliefs, are all affected by the over 60 year war on the island.