THE PEOPLE’S RESPONSE TO THE CRISIS: AN EXCHANGE BETWEEN ABAHLALI BASEMJONDOLO (SOUTH AFRICA) AND THE NATIONAL UNION OF THE HOMELESS (USA) 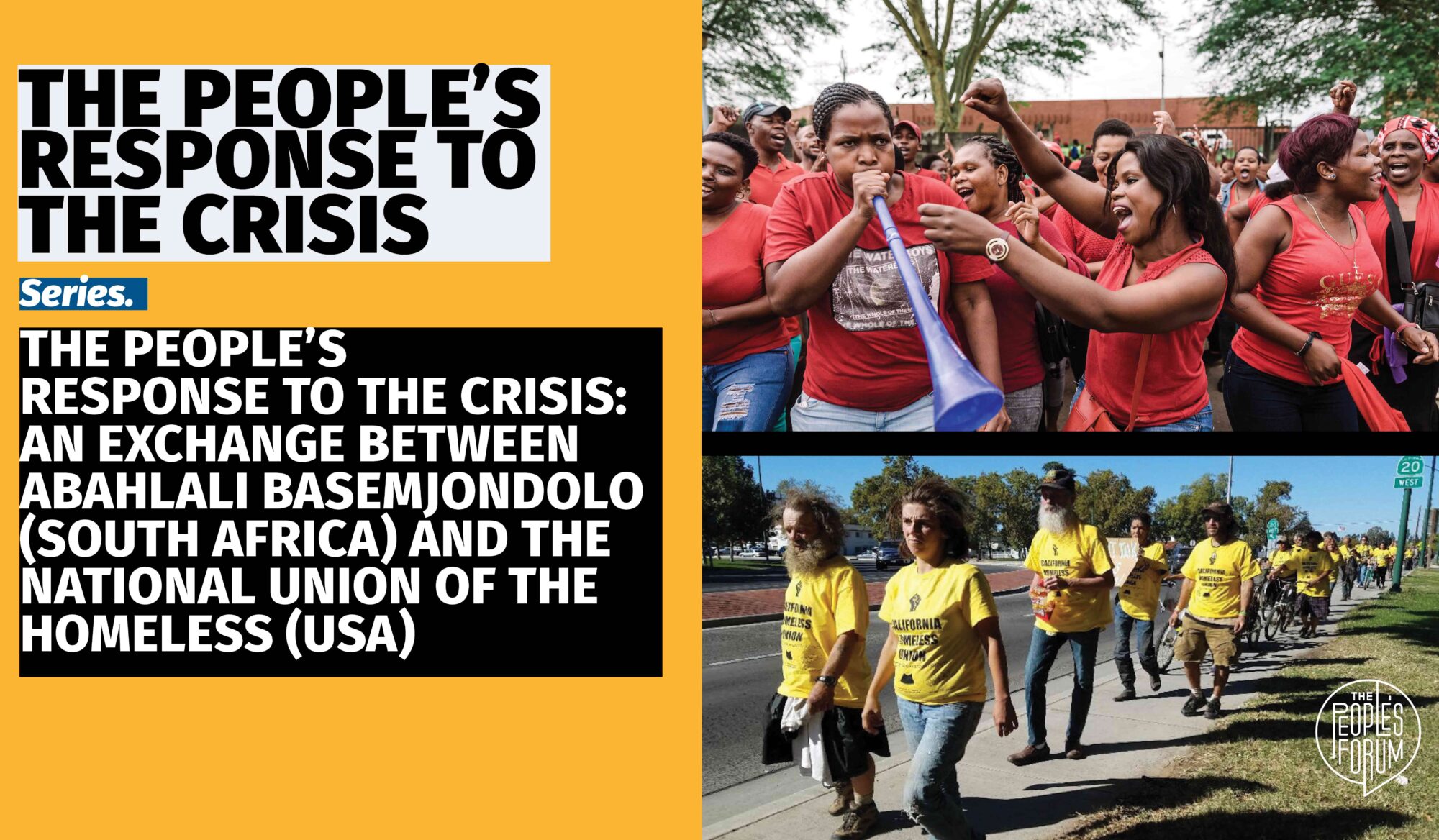 We know that the COVID-19 crisis only exacerbates the existing crises and contradictions that define life under capitalism and imperialism. How do those who are without shelter, or living in precarious shelters, practice precautionary measures during a pandemic? What can we learn from the experiences and leadership of organizations of the poor and dispossessed who have been fighting not just against the conditions of this current crisis, but against the permanent crisis of capitalism? We will host a powerful exchange between two organizations who fight for the basic right of human dignity —Abahlali baseMjondolo (Shack Dwellers) Movement in South Africa, and the National Union of the Homeless in the United States.

RSVP below and ​join us via zoom!​